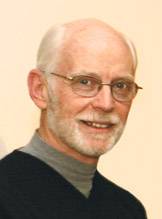 Michael S. Mahoney, who earned his Ph.D. from Princeton and then dedicated his 40-year academic career in the history of science to the University, died Wednesday, July 23, at the University Medical Center at Princeton. The 69-year-old professor of history did not recover from cardiac arrest suffered Friday, July 18, during his regular swim at Dillon Pool on campus.

"His was a vigorous personality, and he was a superb teacher both of undergraduate and graduate students as well as a brilliant interlocutor in scholarly, or indeed other, discussions," said Charles Gillispie, the Dayton-Stockton Professor of History Emeritus, with whom Mahoney studied as a graduate student.

Mahoney divided his research and teaching between the development of the mathematical sciences from antiquity to 1700 and the recent history of computing and information technology. He was the author of "The Mathematical Career of Pierre de Fermat, 1601-1665"; a series of monographs on the mathematics of René Descartes, Isaac Barrow, Christiaan Huygens and Isaac Newton; and dozens of articles on the development of computer science and software engineering as new technical disciplines.

"I have counted Mike Mahoney as a friend since I first came to Princeton as a graduate student in history," said William Jordan, the Dayton-Stockton Professor of History and the chair of the history department, who earned his Ph.D. from Princeton in 1973. "I learned quickly that his knowledge of medieval history, which I began to specialize in, was profound, and while a graduate student and later as a professor I often talked with him about books and articles on medieval topics. I always came away from those conversations with the feeling that I had been in the presence of a powerful and elegant mind.

"I went through a period very early in my career of trying to read at least one major work of all my colleagues in the history department, and I will never forget the impression Mike's study of the great mathematician, Pierre de Fermat, made on me," he continued. "I thought and still think it is one of the most beautifully written books I have ever read. I remember at the time that the phrase that came into my mind was, 'such a lovely piece of writing, simply lovely.'"

For several years, Mahoney served as director of the Program in History of Science and the Program in Science in Human Affairs. He was a member of the former at the time of his death.

"Mike has been a mainstay in the Program in History of Science since its founding -- he was one of the program's first Ph.D.s before joining the Princeton faculty," said Angela Creager, professor of history and director of graduate studies for the Program in History of Science. "He took pleasure in maintaining a reputation as both the department's most technologically sophisticated member and its institutional memory.

"Mike was a master teacher," she added, "and one of the highlights of my time at Princeton was the graduate seminar on 'Computers and Organisms' that he and I twice co-taught. He had a remarkable ability to render the most difficult technical concepts and texts intelligible, and to show his students what it means to ask historical questions of scientific sources, even computer code."

Robert Tignor, the Rosengarten Professor of Modern and Contemporary History Emeritus, joined the faculty two years before Mahoney arrived on campus. He recalled, "[Mike] loved this university and thought it was the finest institution for undergraduate education in the country. He helped to make it even better, for he threw himself wholeheartedly into teaching and advising undergraduates. He taught introductory courses in the history of science and European history and advised many of the best senior theses that were written in the department over the years."

Mahoney taught classes on topics ranging from "The Origins of Modern Science, 1500 to 1700," to "Creating the Computer: From ENIAC to the Internet," a freshman seminar he led last fall. He also advised many doctoral dissertations, conducted numerous alumni education programs and taught in the Teachers as Scholars Program, which provides professional development opportunities for area school teachers.

In 1979, he set out to design a course on the history of technology. As part of that effort, he decided he needed to learn more about computing and signed up for courses in Princeton's School of Engineering and Applied Science, essentially completing the undergraduate curriculum in computer science.

Under a grant from the Alfred P. Sloan Foundation in the late 1980s, Mahoney worked with three other faculty members to develop engineering curriculum materials for liberal arts students. They brought 20 faculty members from liberal arts institutions to campus during the summer to learn about the materials and how to incorporate them into instruction.

In 1984 and 1985, Mahoney served as director of a National Endowment for the Humanities Summer Seminar for Secondary School Teachers on campus focused on "Technology and the Human Experience."

In an interview on the history department website, Mahoney explained his fascination with the human side of the technological revolution. For example, he cited software glitches with the baggage-handling system that caused the 16-month delay in opening the new Denver airport in the 1990s.

"The point is, we have made ourselves dependent on a technology we have not entirely mastered, and it is not yet clear how to master it," he said. "It's not often that a historian gets to watch a scientific and technological revolution as it is happening."

Mahoney also worked with secondary teachers through his involvement in the National Faculty of Humanities, Arts and Sciences. He was a member of this group of 600 college and university professors from 1975 to 2001, and chaired its board from 1994 to 2001. The National Faculty was founded in 1968 by Phi Beta Kappa, the American Council on Education and the National Endowment for the Humanities to improve the quality of teaching by exposing secondary school teachers to the latest scholarship in their fields. Mahoney traveled around the country teaching at institutes and workshops and conducting site visits to evaluate programs.

Mahoney played leadership roles in several professional organizations, including the History of Science Society, the Society for the History of Technology and the Association for Computing Machinery. In 1990-91, he chaired an advisory panel on computer software and intellectual property for the U.S. Congress' Office of Technology Assessment.

Also active in the community, Mahoney was a member of the Princeton Regional Schools board of education from 1982 to 1986, serving as president in 1985-86.

An avid swimmer, runner and cyclist, he was a faculty adviser to the University's swim teams. He was heavily involved in youth athletics in the community, including the Princeton Soccer Association, the YMCA swim team, the Princeton Area Swimming and Diving Association and the Nassau Swim Club. He served as a starter at swim meets and developed computer programs to assist with scoring.

Born in New York City on June 30, 1939, Mahoney is survived by his wife of 48 years, Jean, who retired in 2000 after 25 years as a staff member at the University, most recently in the Office of Research and Project Administration. Survivors also include their son, Colin, and his wife, Lisa Miller, and their children, Arthur and Elliot, of Lawrence, Kan.; and their daughter, Bridget, and her husband, Jonathan Samuel, and their children, Camilla and Francesca, of Natick, Mass.

Other survivors include his brothers and their spouses: Daniel and Barbara Mahoney of Andover, Mass.; Timothy Mahoney and Pamela Donnelly of Los Angeles and South Dartmouth, Mass.; and Patrick Mahoney, of Long Beach, Calif.; and many nieces and nephews.

Arrangements will be private. A public memorial service is set for 10 a.m. Saturday, Oct. 18, in the University Chapel.