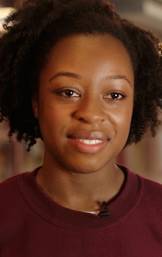 The a cappella group Umqombothi, a student troupe at Princeton University, performs traditional and contemporary songs from a variety of African cultures. In this video, recent graduate Tola Emiola talks about what it's like to be a part of the close-knit crew.

Umqombothi is a student African a cappella group that performs both on and off the Princeton University campus. With intricate harmonies, the members sing songs from a variety of African cultures, both traditional and contemporary. The group's music is as diverse as its membership, and it often incorporates dance and drumming into its shows.

"The most beautiful thing about Umqombothi is when Umqombothi is … a community," said Tanyaradzwa Tawengwa of the Class of 2014, who founded the group in 2010. "You see people shake loose, break free and have a good time. That's kind of the ethos that I wanted in the group, and it's so beautiful to see that spirit really manifesting itself."

Check out a behind-the-scenes look at how the members prepare for their performances.

Listen to the sounds of Umqombothi. (Video by Amaris Hardy, Office of Communications)