John Cooper, the Henry Putnam University Professor of Philosophy, Emeritus, and renowned interpreter of ancient Greek and Roman philosophy, died at Penn Medicine Princeton Medical Center on Aug. 8 after a short illness. He was 82. 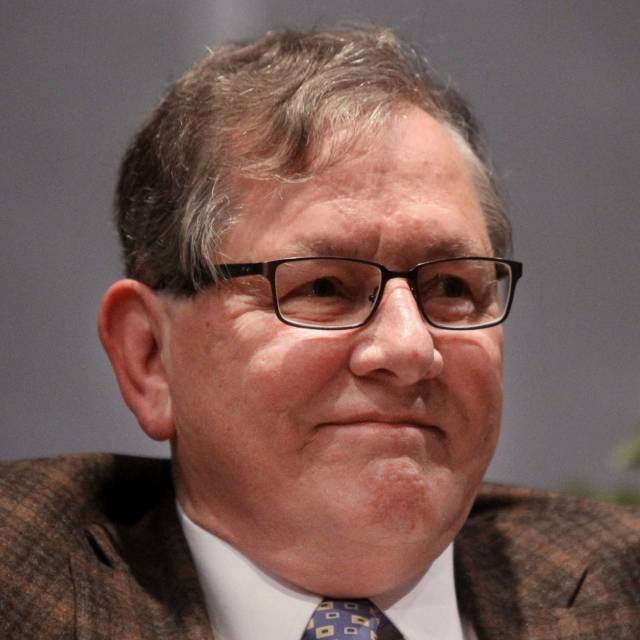 Cooper taught at Princeton for 35 years; he joined Princeton’s faculty in 1981, after previously teaching at Harvard University and the University of Pittsburgh and transferred to emeritus status in 2016. He was department chair from 1984 to 1992 and, over the course of his time at the University, played a significant role in shaping the pioneering interdisciplinary Ph.D. Program in Classical Philosophy.

“John Cooper’s scholarship covered virtually all aspects and all periods of ancient Greek and Roman philosophy, and he became particularly — and fittingly — known for his work on ancient Greek theories of friendship, and how to live a good life,” said Benjamin Morison, professor of philosophy and department chair. “He lived what he taught and was legendary for his fiery commitment to getting things right, a commitment he showed while serving as department chair and director of the Program in Classical Philosophy and being in charge of placing graduate students into teaching positions. His commitment was also appreciated by the generations of students lucky enough to work with him."

Cooper focused on a wide range of topics within ancient philosophy — not only ancient ethics and politics, but ancient epistemology, metaphysics and philosophy of mind.

“John Cooper was one of the leading scholars of ancient philosophy of his generation in the world,” said Alexander Nehamas, the Edmund N. Carpenter II Class of 1943 Professor in the Humanities, Emeritus, and professor of philosophy and comparative literature, emeritus, who first became colleagues with Cooper at the University of Pittsburgh when they arrived together in 1971 and continued at Princeton for another 33 years. “He had the quickest mind and a rapier-sharp wit, a deep commitment to his work and the lightest personal touch. He was as dedicated to philosophy as he was devoted to his family and friends, profoundly serious when he needed to be and delightfully funny and irreverent when he didn’t.”

Nehamas continued: “He was my great friend, an unequalled intellectual partner and a model for his many students, to whom, both graduate and undergraduate, he paid the closest attention, and who are unlikely to ever forget the immensely detailed comments he was famous for making on their written work (if not always in the clearest handwriting!).”

Cooper was born in Memphis, Tennessee, in 1939, the second of seven children of Bernardine (Sheehan) and Armon Cooper. His interests in ancient Greek and Latin began at Phillips Exeter Academy, where he attended on scholarship and graduated first in his class. He earned his bachelor’s in philosophy from Harvard University in 1961, on a General Motors National Scholarship. After attending Corpus Christi College at the University of Oxford on a Marshall Scholarship for two years, where he earned a B. Phil in philosophy in 1963, he returned to Harvard, earning his Ph.D. in 1966. Throughout his long career, he was determined that his life would not be limited by the Type I diabetes diagnosis he received as a young man.

“John was always completely unassuming despite his vast erudition and high standing in his specialty, or perhaps because of it, since it meant that he never had to play ego games,” said John Burgess, the John N. Woodhull Professor of Philosophy. “What I most remember was a kind of calming influence he exerted. I remember also his and [his wife] Marcia’s hospitality: their house was for some years the scene of more department gatherings than any other, and an easy, comfortable atmosphere always prevailed.”

Burgess continued: “He knew everything about even the most obscure corners of his subject — or almost. I remember once I found to my surprise that I knew something about Aristotle that he didn't — a medieval legend about one Phyllis, who insisted on riding around on Aristotle’s back like a horse, supposedly to humiliate his star pupil Alexander the Great. I remained better informed than him on this one topic for about five minutes. Overnight he made himself an expert, producing for me the next day references to a number of learned articles on the history of the story and artistic representations of it, including a bulletin from an art museum that had just acquired some Renaissance woodcut or snuff box illustrating the tale.”

Cooper was the author of “Reason and Human Good in Aristotle” (1975), which won the American Philosophical Association’s Matchette Foundation Book Prize in 1977; “Plato’s Theaetetus” (1990); “Seneca: Moral and Political Essays” (Cambridge University Press, 1995); and two volumes of his collected papers, “Reason and Emotion: Essays on Ancient Moral Psychology and Ethical Theory” (1999) and “Knowledge, Nature, and the Good: Essays on Ancient Philosophy” (2004). He edited “Seneca: Moral and Political Essays” (1995) and “Plato: Complete Works” (1997), now used as the English-language standard.

On the basis of the John Locke Lectures he gave at Oxford in 2011, Cooper wrote his final book, “Pursuits of Wisdom: Six Ways of Life in Ancient Philosophy from Socrates to Plotinus” (2012), a historical and philosophical account of the Greeks' views on the good life.

As the director of Princeton’s world-renowned classical philosophy program for several decades, Cooper taught courses including “The Philosophy of Plato,” “Plato and His Predecessors” and “Special Topics in the History of Philosophy.”

While he was widely admired for his scholarship, colleagues say he felt that his most important responsibility was to his students, setting a standard of intellectual rigor and honesty and sharpening their appreciation for the Greek philosophers' conceptions of the world of nature and the best way for human beings to live within it. He had a strong following among undergraduate students, having had primary responsibility for teaching “Introduction to Ancient Philosophy.” Many students from this course fed into his “Plato and His Predecessors.” He also taught “Greek Ethical theory” as well as several Freshman Seminars on Socrates and his transformation of philosophical thought.

He supervised the dissertations of generations of graduate students who have gone on prestigious academic careers in classical philosophy, many of whom remained in touch with him long after they left the University.

Gabriel Richardson Lear, now a professor of philosophy at the University of Chicago, is one. “I find it hard to absorb that someone with so much vitality is gone. John was outstandingly dedicated to the philosophical importance of ancient philosophy,” said Richardson Lear, who earned her bachelor’s in philosophy at Princeton in 1993 and her Ph.D. in 2001. “His drive to get the arguments and ideas of the philosophers he studied exactly right was tireless. He once spent four whole seminar sessions on just the first chapter of Aristotle's ‘Rhetoric.’ I will never forget him flipping the handwritten pages of his legal pad, apparently oblivious to we students' suggestion that, maybe, we should move on to chapter two. But what an example! It is hard work — but so gratifying! — to find an interpretation that not only fits the text but is illuminating.”

Richardson Lear continued: “John was incredibly generous to me. In my dissertation I ended up criticizing an important paper he had written, but he never made me feel nervous about that; on the contrary, he encouraged me. And the sheer time he put into commenting on my drafts and the speed with which he returned them was amazing. I appreciated that at the time, but all the more so now that I have graduate students of my own. I am forever grateful.”

“John Cooper was a great thesis supervisor — very open-minded as to your ideas but also a perfectionist,” said Rachel Barney, the Canada Research Chair in Ancient Philosophy at the University of Toronto, who earned her Ph.D. in 1996. “We would argue about punctuation and Canadian spellings — he once accused me of inventing some that didn’t actually exist, possibly correctly. He could become very indignant when he thought you were getting something wrong, but never scary or discouraging, and always with a basic sympathy as to what you were trying to do. I always had a strong sense that he was on my side, and that lasted until his death.”

Cooper’s many contributions at Princeton were recognized in 2003 when he received the Graduate Mentoring Award from the McGraw Center for Teaching and Learning, and in 2004 when he was given the Howard T. Behrman Award for Distinguished Achievement in the Humanities.

He held fellowships from the National Endowment for the Humanities, the American Council of Learned Societies and the John Simon Guggenheim Memorial Foundation. From 2000–2001, he was president of the Eastern Division of the American Philosophical Association, a distinction not held by any other scholar of ancient philosophy since Gregory Vlastos, himself a former Stuart Professor of Philosophy at Princeton, and by only one ancient philosopher since, Princeton’s Alexander Nehamas.

Cooper was elected to the American Academy of Arts and Sciences in 2001, and to an honorary fellowship of Corpus Christi College, Oxford, in 2008. In addition to the John Locke Lectures at Oxford in 2011, he gave the Immanuel Kant Lectures at Stanford University in 2003 and the Tanner Lectures on Human Values at Stanford in 2012.

He was predeceased by his parents, his sister, Stephanie, and two brothers, Farrell and Jerome. He is survived by his wife, Marcia (Coleman); his daughters, Stephanie and Katherine, and Katherine's husband Bryan Foster; his grandchildren, Amos and Louisa; his brothers and sisters-in-law, Armon Cooper and Karen Schoenberg, Gail Cooper, Richard and Charlotte Cooper, Robert and Sue Cooper, Dora (Coleman) DeGeorge; his cousins, Brainard Cooper and Sarah Forrest Schwartz; and many nieces and nephews.

In lieu of flowers, donations may be made to the American Civil Liberties Union (aclu.org) or Southern Poverty Law Center (splcenter.org).

View or share comments on a blog intended to honor Cooper’s life and legacy.