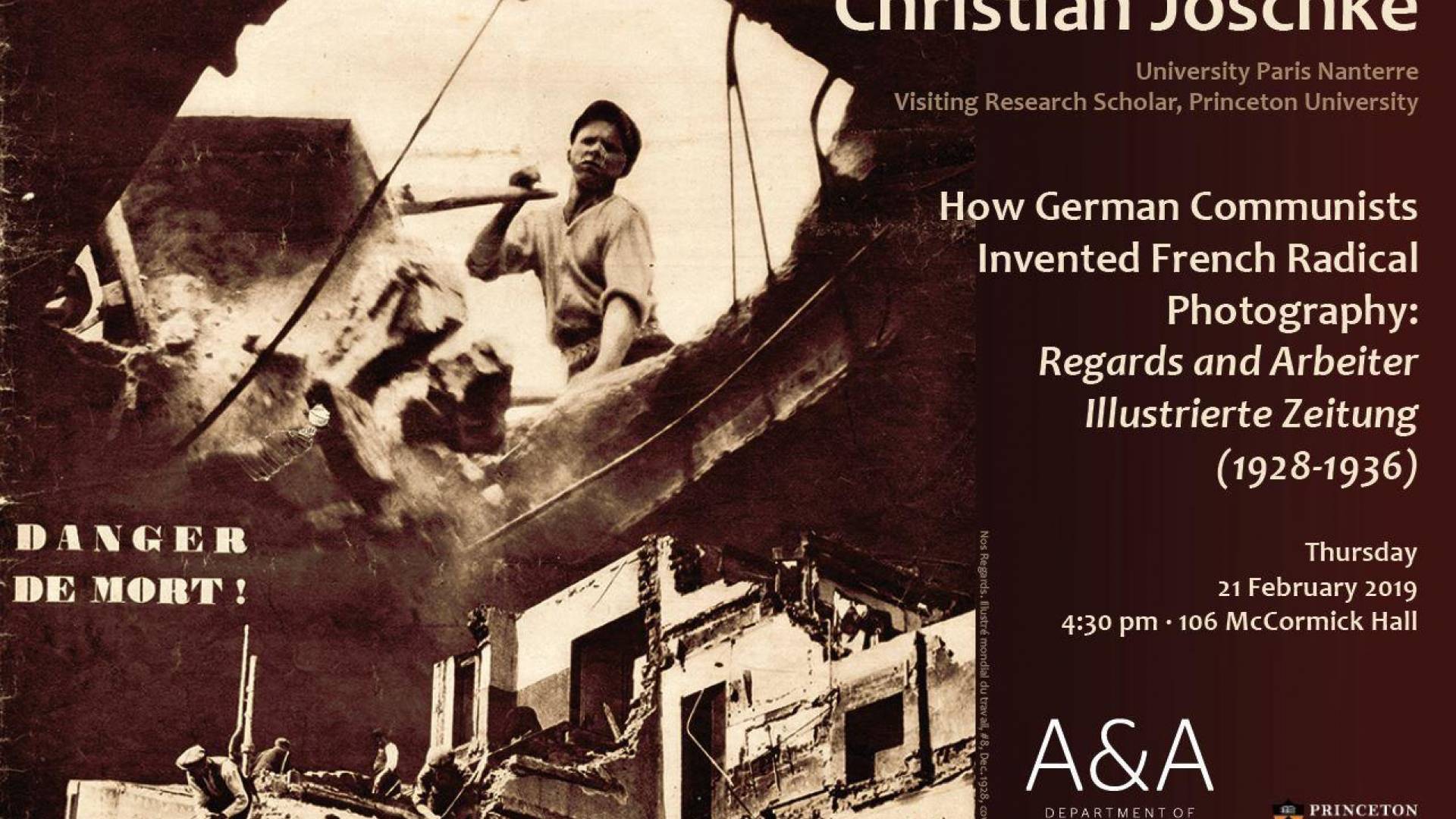 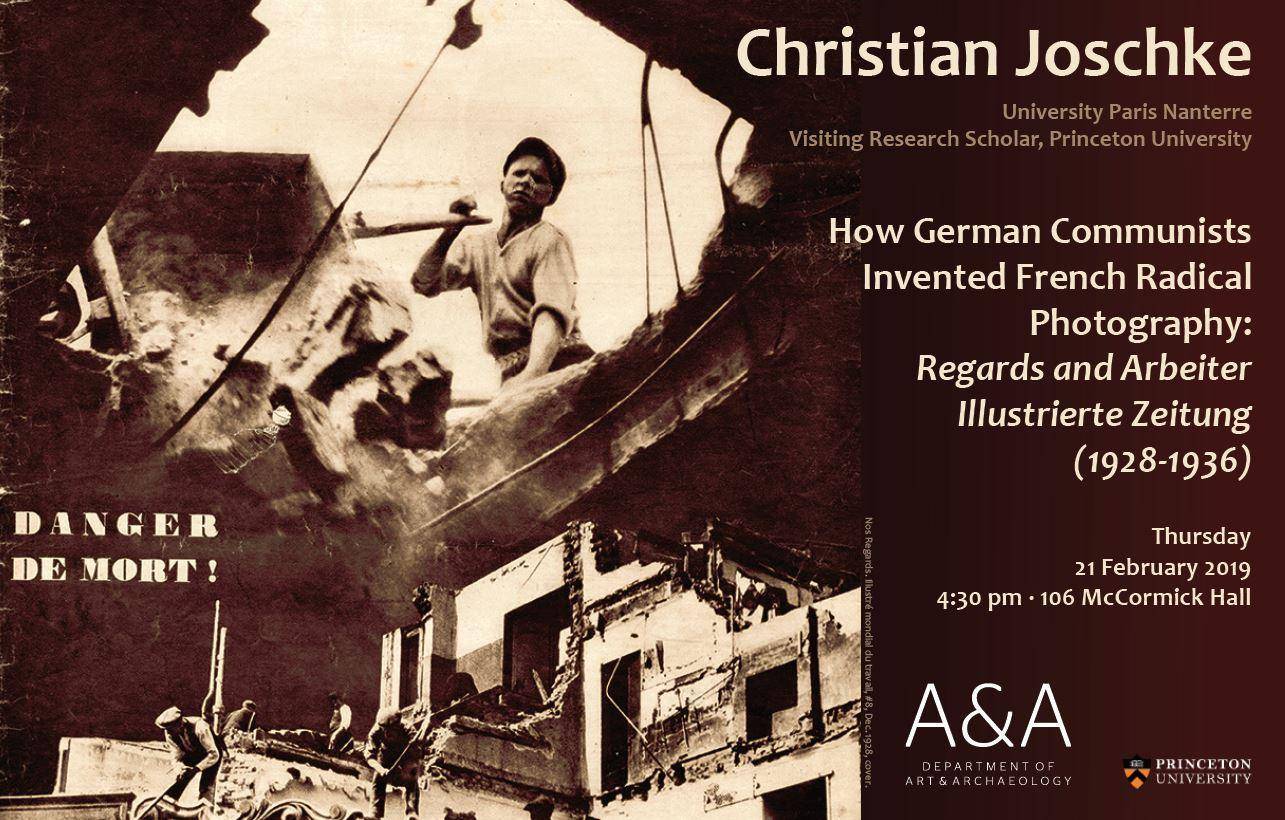 Even before the big wave of political emigration drained the country of talent in 1933, German Communist Agitprop practices had transformed the interwar photographic and illustrated press of France. Diffuse and polymorphic as it was in the twenties, the German influence on interwar visual culture became more strategic at the end of the 1920s, targeting an intellectual and artistic network with an illustrated magazine, Nos Regards: Journal mondial du travail, launched in 1928 and inspired by the famous Arbeiter Illustrierte Zeitung. Many of the photographers then working in Paris hailed from Hungary or Germany, had trained at the Bauhaus or the Graphic Design School in Leipzig, and were thus already receptive to the modernist New Vision coming from across the Rhine. Their interest in such things as Industrial modernism, dynamic visions borrowed from Soviet movies, the camera turned upside down and other such practices from Central and Eastern Europe were therefore already part of their palette and epitomized a ‘transnational photographic modernity’. But with the creation of Nos Regards, a different ethics and practice of photography established itself in Paris under German Communist influence, less prone to New Vision than to political activism. Nos Regards sought to involve readers in the production of the magazine and in so doing fostered worker amateurism as a means of new social reportage. Resorting to amateurs, the magazine wanted to provide a view ‘from below’ of class struggles and wage a critique against the ‘bourgeois’ illustrated press.