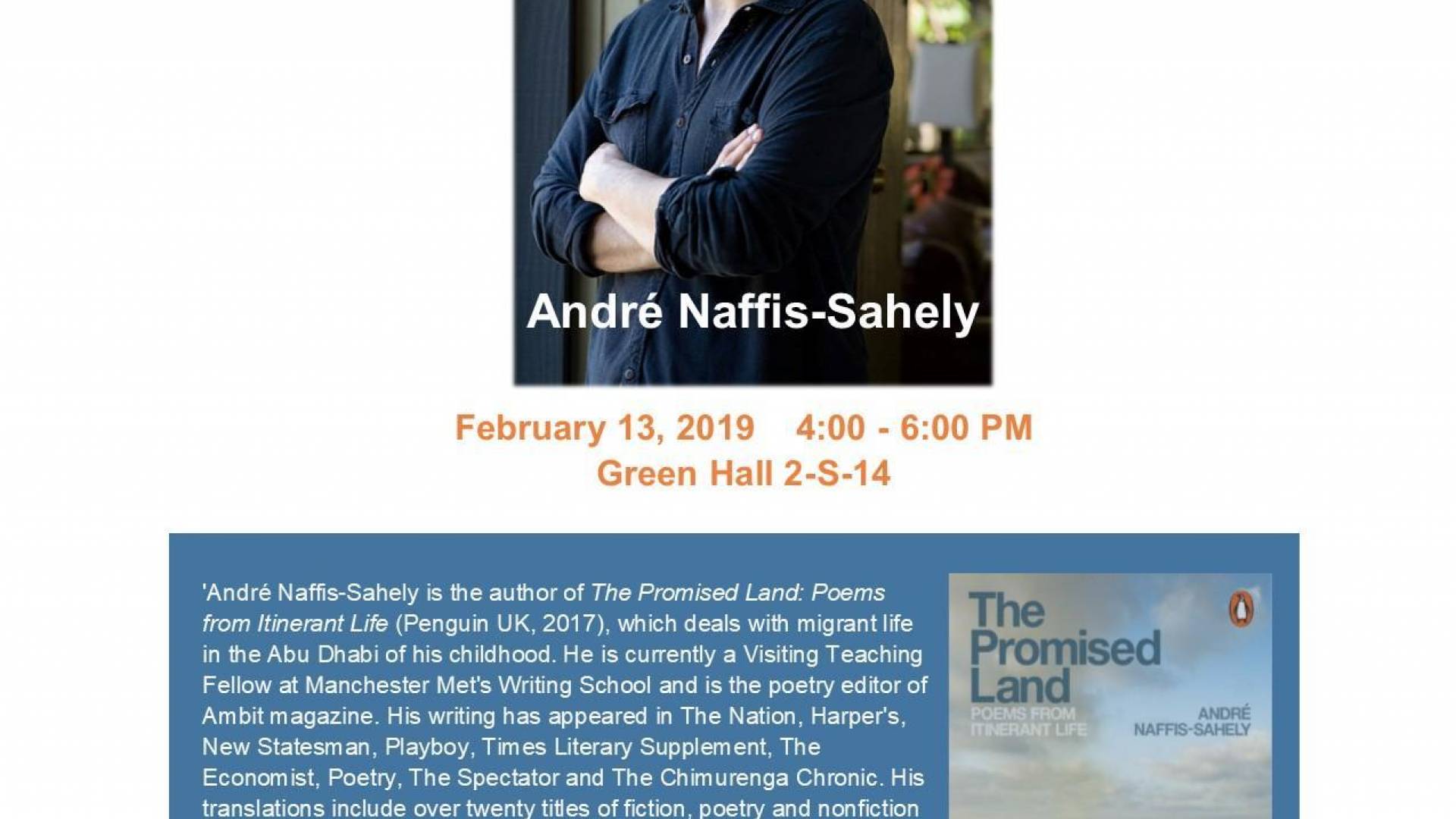 A reading from The Promised Land: Poems from Itinerant Life (Penguin, 2017) 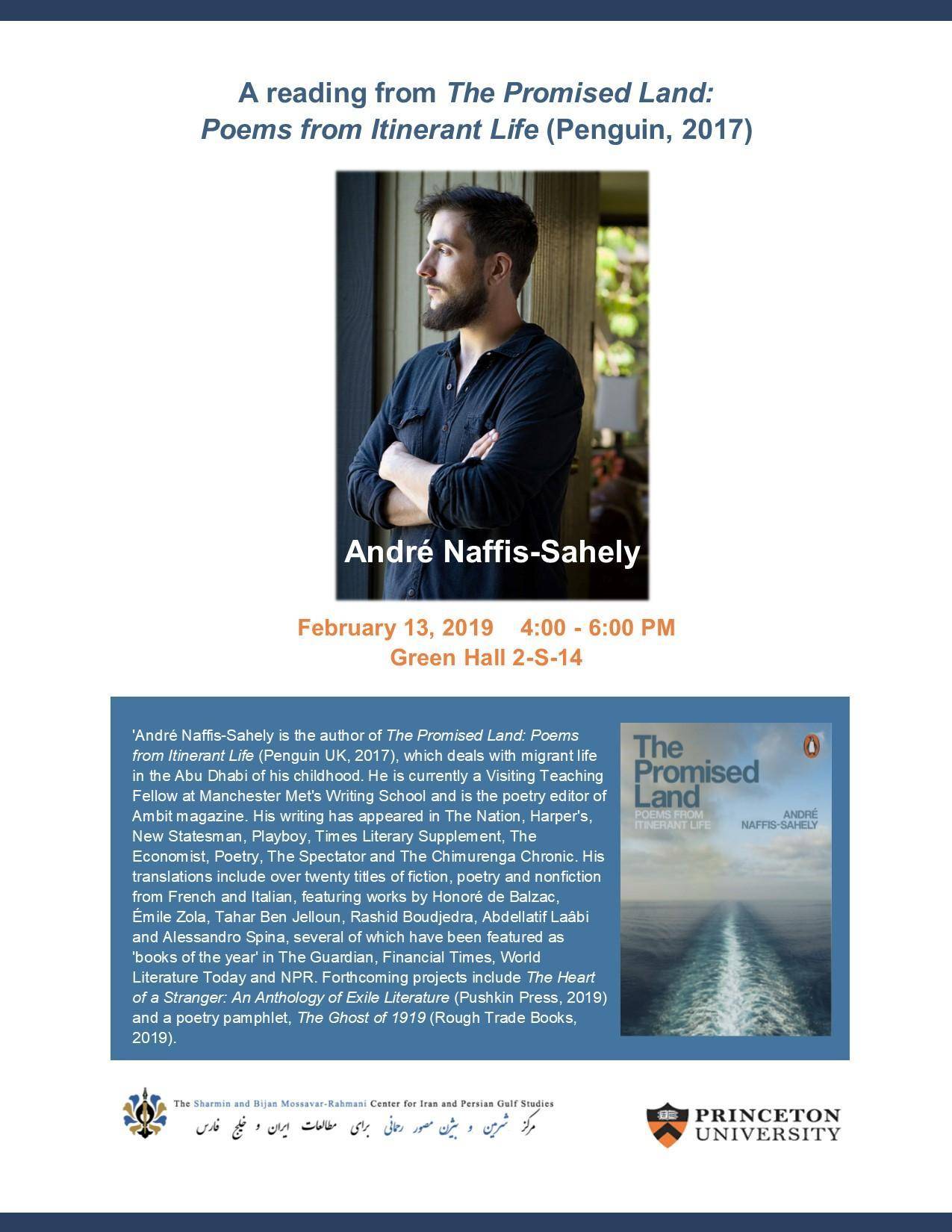 A reading from The Promised Land: Poems from Itinerant Life (Penguin, 2017)
Special Events, Discussions, Drama & Improv, Seminar on The Near East and the World

André Naffis-Sahely is the author of The Promised Land: Poems from Itinerant Life (Penguin UK, 2017), which deals with migrant life in the Abu Dhabi of his childhood. He is currently a Visiting Teaching Fellow at Manchester Met's Writing School and is the poetry editor of Ambit magazine. His writing has appeared in The Nation, Harper's, New Statesman, Playboy, Times Literary Supplement, The  Economist, Poetry, The Spectator and The Chimurenga Chronic. His translations include over twenty titles of fiction, poetry and nonfiction from French and Italian, featuring works by Honoré de Balzac,  Émile Zola, Tahar Ben Jelloun, Rashid Boudjedra, Abdellatif Laâbi and Alessandro Spina, several of which have been featured as 'books of the year' in The Guardian, Financial Times, World  Literature Today and NPR. Forthcoming projects include The Heart of a Stranger: An Anthology of Exile Literature (Pushkin Press, 2019) and a poetry pamphlet, The Ghost of 1919 (Rough Trade Books, 2019).