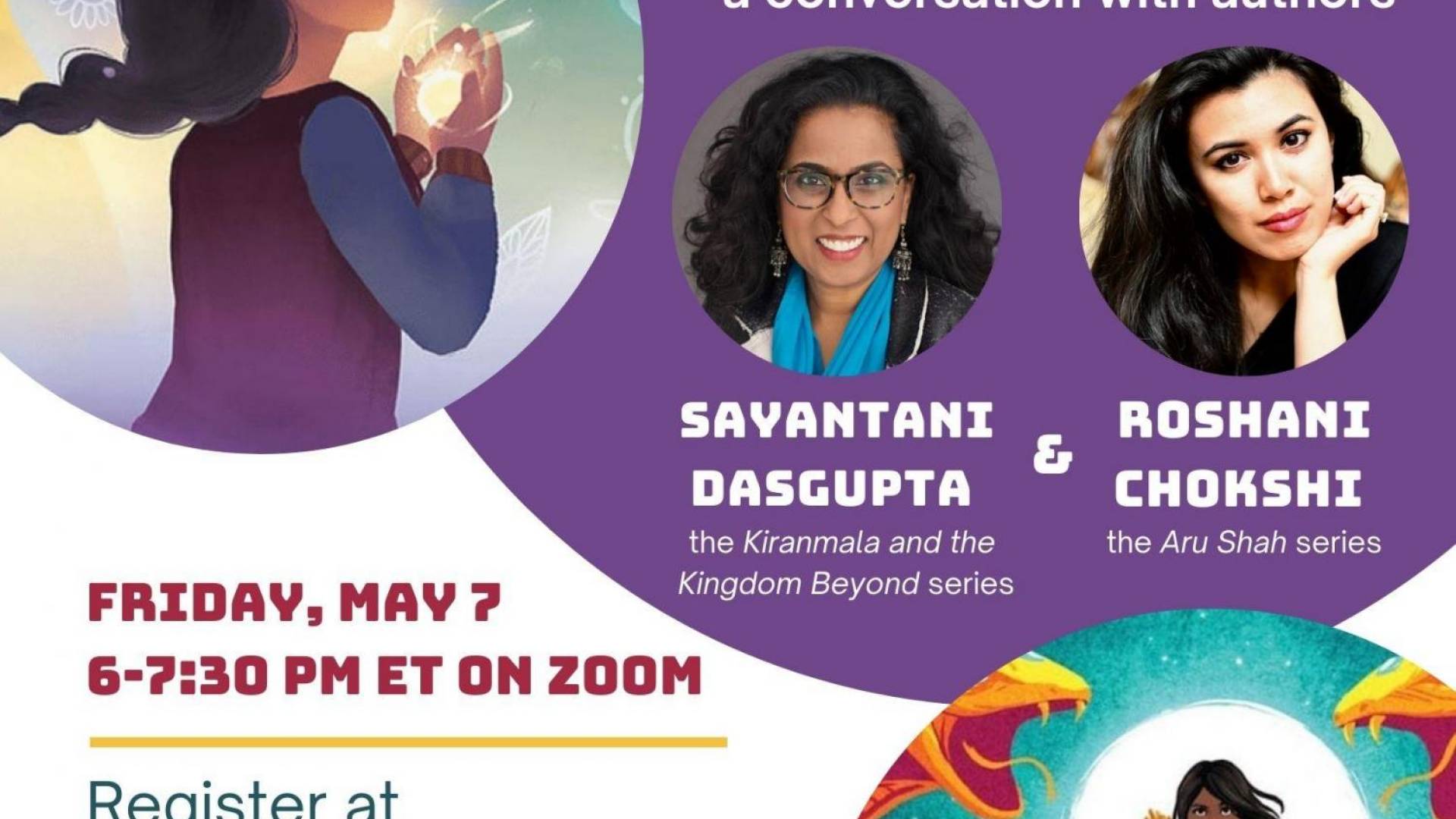 From Folklore to Fantasy: A Conversation with Authors Roshani Chokshi and Sayantani DasGupta - Virtual Event 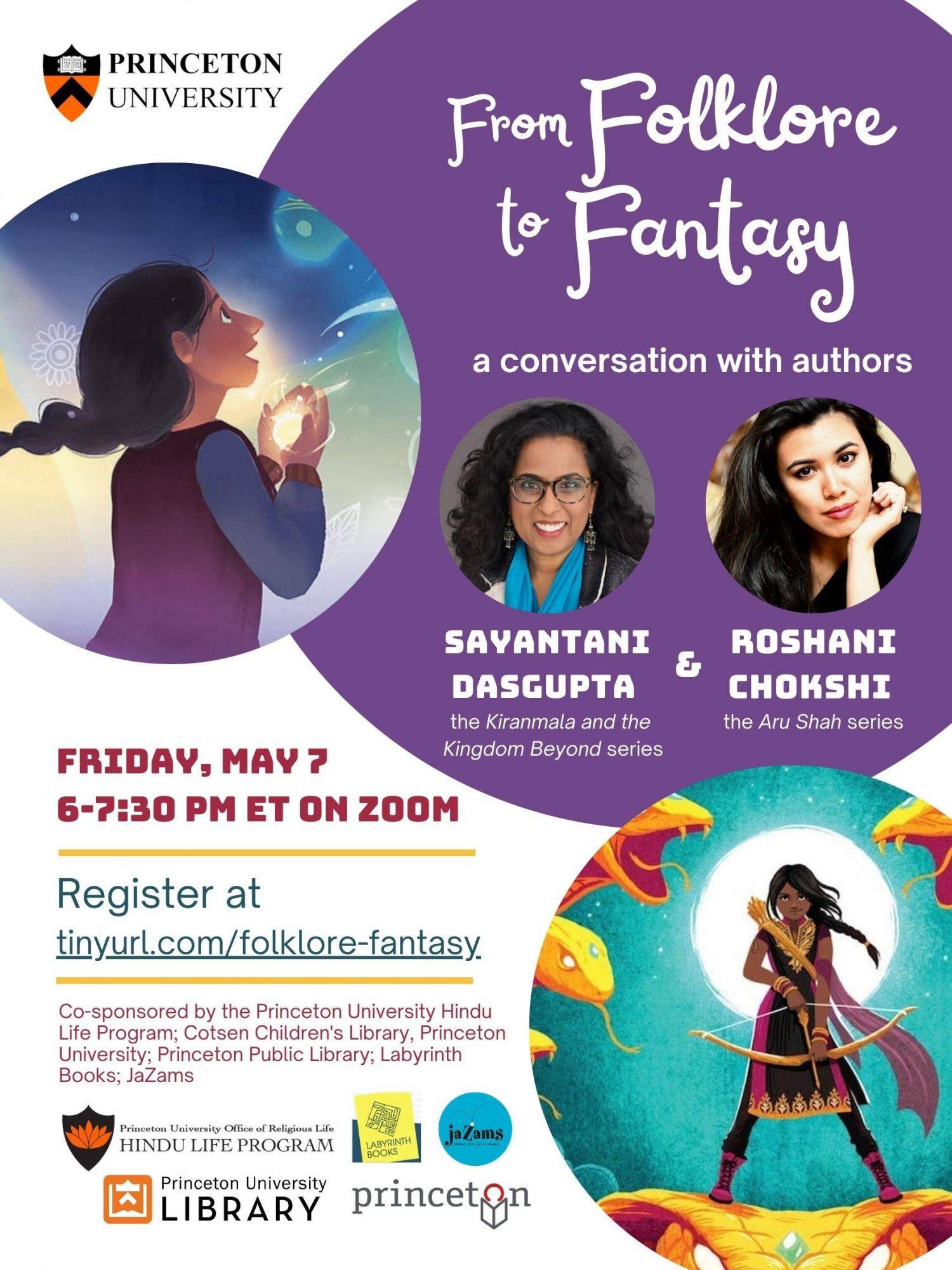 This live Zoom conversation brings together two remarkable authors -- and trailblazing South Asian-American women -- in conversation around themes of culture and spirituality, drawing on traditional narratives to create new stories, representation, gender, and the creative process.  Open to all ages!

Roshani Chokshi is the author of commercial and critically acclaimed books for middle grade and young adult readers that draws on world mythology and folklore. Her work has been nominated for the Locus and Nebula awards, and has frequently appeared on Best of The Year lists from Barnes and Noble, Forbes, Buzzfeed and more. Her New York Times bestselling series includes The Star-Touched Queen duology, The Gilded Wolves, and Aru Shah and The End of Time, which was recently optioned for film by Paramount Pictures.

Sayantani DasGupta is the New York Times bestselling author of the critically acclaimed, Bengali folktale and string theory-inspired Kiranmala and the Kingdom Beyond books, the first of which—The Serpent’s Secret—was a Bank Street Best Book of the Year, a Booklist Best Middle Grade Novel of the 21st Century, and an EB White Read Aloud Honor Book. Sayantani is a pediatrician by training, but now teaches at Columbia University.

This is a fully virtual event.

1:00 p.m.
May 14
Join our Jummah Gathering - listen to a recitation of Surah Kahf, a spiritual reminder, a communal supplication, soulful chanting, and call to prayer. (1 hr,…

8:00 a.m.
May 15
Here is the Spring Worship Service Schedule featuring, of course, Rev. Alison Boden, Ph.D., Dean of Religious Life and the Chapel,…

8:00 a.m.
May 16
Join us online for Sunday Worship!  The service will have magnificent music provided by Penna Rose, Director of Chapel Music, and Eric Plutz, University…