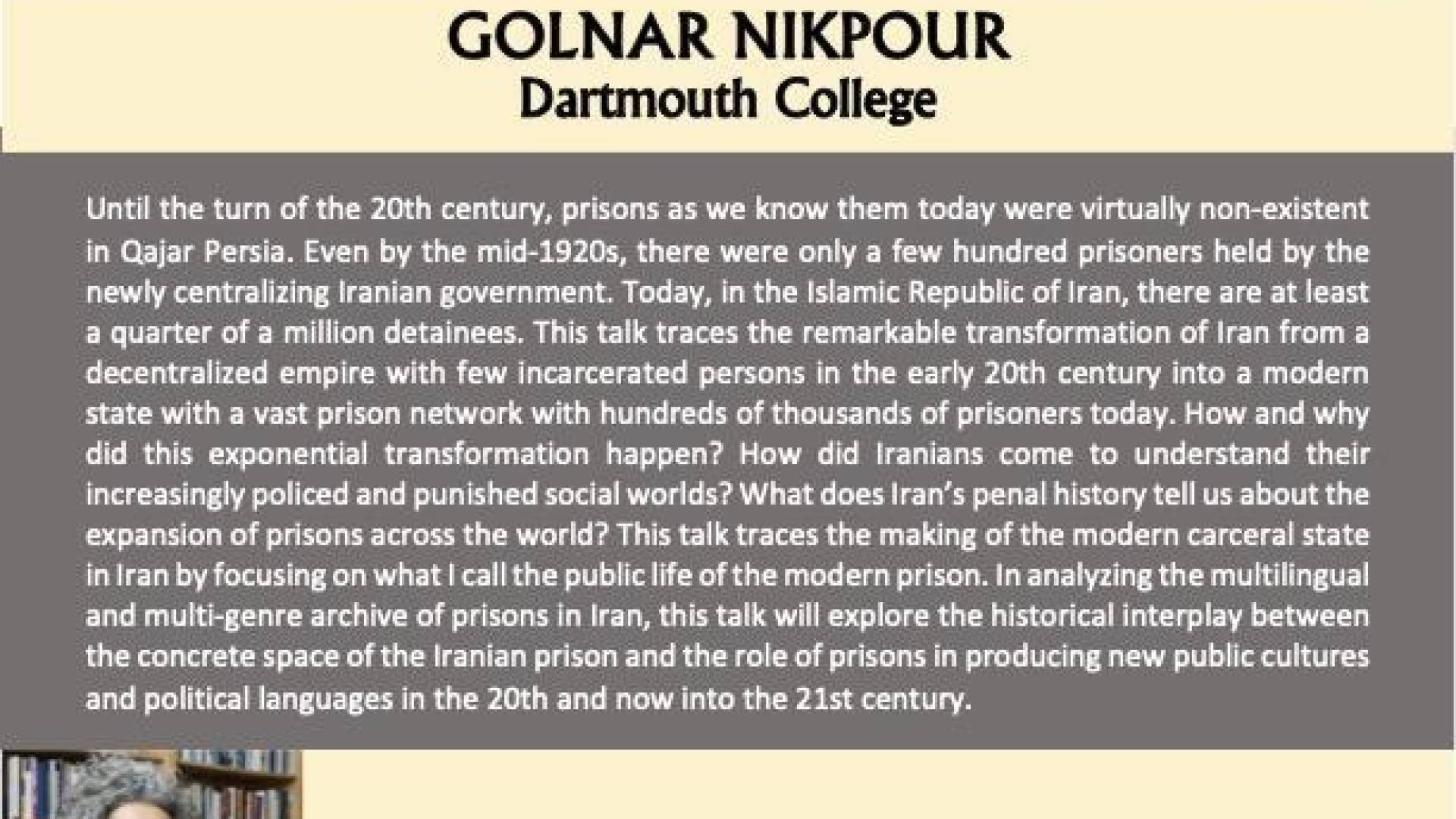 Carcerality and Modernity in Iran 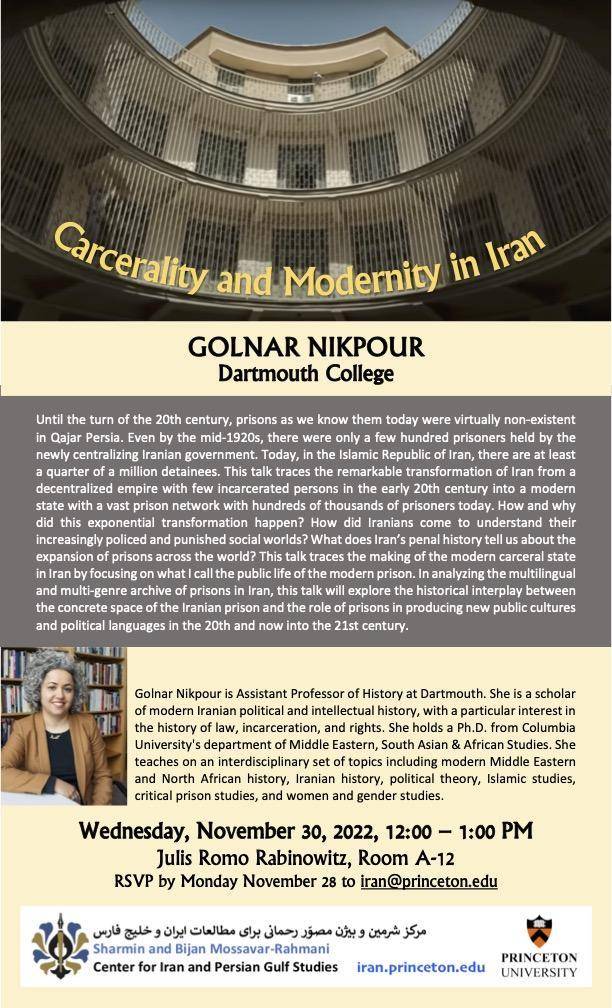 Until the turn of the 20th century, prisons as we know them today were virtually non-existent in Qajar Persia. Even by the mid-1920s, there were only a few hundred prisoners held by the newly centralizing Iranian government. Today, in the Islamic Republic of Iran, there are at least a quarter of a million detainees. This talk traces the remarkable transformation of Iran from a decentralized empire with few incarcerated persons in the early 20th century into a modern state with a vast prison network with hundreds of thousands of prisoners today. How and why did this exponential transformation happen? How did Iranians come to understand their increasingly policed and punished social worlds? What does Iran’s penal history tell us about the expansion of prisons across the world? This talk traces the making of the modern carceral state in Iran by focusing on what I call the public life of the modern prison. In analyzing the multilingual and multi-genre archive of prisons in Iran, this talk will explore the historical interplay between the concrete space of the Iranian prison and the role of prisons in producing new public cultures and political languages in the 20th and now into the 21st century.

216 Burr Hall
12:00 p.m.
Feb 15
In the three decades since the U.S. invasion that overthrew the dictatorship of General Manuel Noriega, Panama has undergone a remarkable transformation. It…

Anxiety No More! Achieve Total Self-Confidence in One Easy Step

Zoom meeting
12:00 p.m.
Mar 9
Anxiety – which affects 40 million adults in the US – is the most prevalent mental disorder.  This class will show you on how to calm your anxiety in one easy…