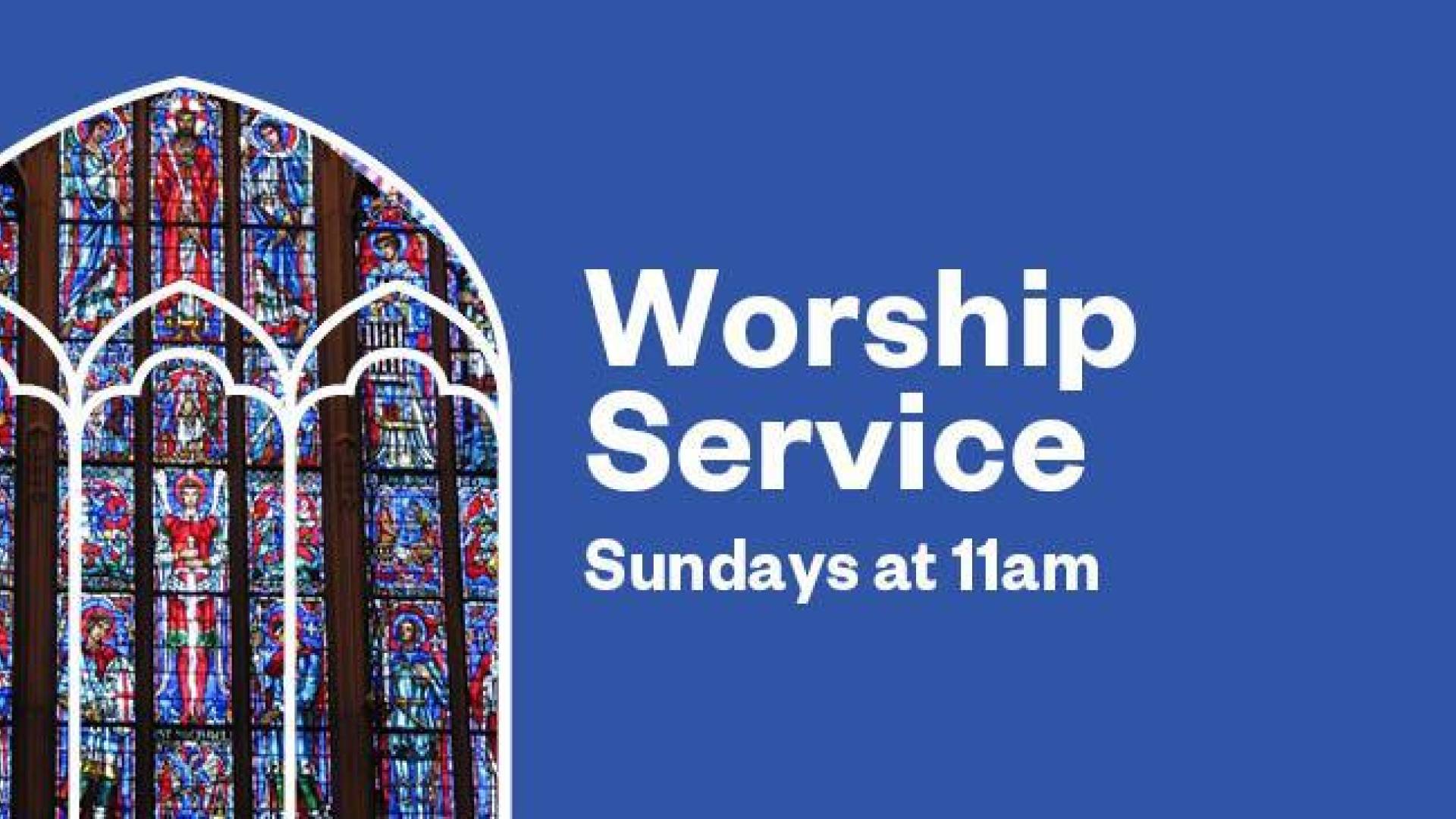 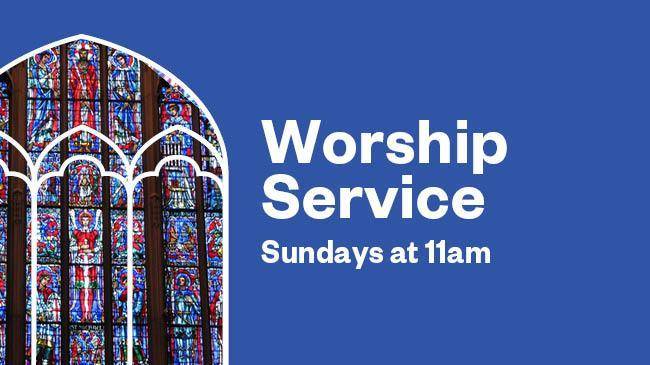 *All persons, including members of the broader community, are welcome to attend this event if they are fully vaccinated against Covid-19 if over age 12. Face coverings must be worn at all times by everyone over age 2. Registration is required for contact tracing purposes.

Register in advance through this link

For those unable to attend in person, this service will be live streamed on the ORL YouTube page available through this link.

The bulletin for this service is below

You are invited to rise, in body or spirit, for those parts of the service marked with an asterisk (*)

Reading:  Luke 4:16-22   When he came to Nazareth, where he had been brought up, he went to the synagogue on the sabbath day, as was his custom.  He stood up to read, and the scroll of the prophet Isaiah was given to him. He unrolled the scroll and found the place where it was written: ‘The Spirit of God is upon me, who has anointed me to bring good news to the poor.  God has sent me to proclaim release to the captives and recovery of sight to the blind, to let the oppressed go free, to proclaim the year of God’s favor.’  And he rolled up the scroll, gave it back to the attendant, and sat down.  The eyes of all in the synagogue were fixed on him.  Then he began to say to them, ‘Today this scripture has been fulfilled in your hearing.’  All spoke well of him and were amazed at the gracious words that came from his mouth.  They said, ‘Is not this Joseph’s son?’

Reading:  Romans 8:18-19   I consider that the sufferings of this present time are not worth comparing with the glory about to be revealed to us.  For the creation waits with eager longing for the revealing of the children of God.

Prayers of the People: Dean Thames

One: God of love and mercy,

All: Hear our prayer.

Lord’s Prayer:  Our Father, who art in heaven, hallowed be thy Name. Thy kingdom come. Thy will be done, on earth as it is in heaven. Give us this day our daily bread. And forgive us our trespasses, as we forgive those who trespass against us. And lead us not into temptation but deliver us from evil. For thine is the kingdom, and the power, and the glory, for ever and ever. Amen.

Choral Response:  Lead with Love by Melanie DeMore (The composer writes: “’Lead with Love’ was written in answer to a call for connection in troubled times.  It is about persistence, community, and moving ahead.  ‘One foot in front of the other’ is a metaphor for determination and forward motion. I think of love warriors like Martin Luther King, Nelson Mandela, Mother Teresa, Gandhi, Dolores Huerta.  All of them started their movements out of the love of their people.”)

*Exchange of the Peace

One:  The peace of God be always with you.

(The people may exchange the peace with one another.)

Music at the Offering:  Intermezzo by John Steinmetz (b. 1951) Intermezzo from Three Summer Dances by Joseph Turrin (b. 1947)

*Prayer for Princeton:  O Eternal God, the source of life and light for all peoples, we pray you would endow this University with your grace and wisdom: give inspiration and understanding to those who teach and to those who learn; grant vision to its trustees and administrators; to all who work here and to all who bear her name give your guiding Spirit of sacrificial courage and loving service.  Amen.

In the chapel service today, we celebrate and remember the life and legacy of the Reverend Doctor Martin Luther King, Jr.  Dr. King was born on January 15, 1929, in Atlanta, Georgia.  He was a Baptist minister and activist, who led the Civil Rights Movement in the United States from the mid-1950s until his death by assassination in 1968.  His leadership was fundamental to that movement's success in ending the legal segregation of blacks in the South and other portions of the United States.  King rose to national prominence through the organization of the Southern Christian Leadership Conference, promoting nonviolent tactics such as the massive March on Washington (1963) to achieve civil rights.  He was awarded the Nobel Prize for Peace in 1964.  The U.S. Congress voted to observe a national holiday in his honor, beginning in 1986, on the third Monday in January.

Guest Preacher Michael A. Walrond Jr. is the Senior Pastor of First Corinthian Baptist Church (FCBC) in Harlem, New York. Walrond—affectionately known as Pastor Mike—is quickly rising as one of the most prolific and sought-after teachers and preachers in the country.  Considered a visionary, cultural architect, and game-changer by his peers, Pastor Mike has not only catalytically changed the traditional perspective of black church, but he is also shifting the paradigm of Christian understanding and culture.  Within two years of his leadership at FCBC, the church experienced exponential growth, tripling its membership.  Over the past fifteen years, membership at FCBC has grown from 300 to over 10,000 members.  Pastor Mike is a board member of the National Action Network (NAN) and was appointed the first National Director of the Ministers Division.  He currently serves as the Chair of The Board of Visitors at Duke University Divinity School.  Pastor Mike has received numerous honors, accolades, and recognitions including induction into Morehouse College Martin Luther King, Jr. Board of Preachers as a “Distinguished Preacher.”  In 2014 Pastor Mike was a recipient of The Root 100 Award, a list of the top 100 most influential African Americans under the age of 45.  In July of 2015, New York City Mayor Bill de Blasio named Pastor Mike as the first chair of the NYC Clergy Advisory Council.  In 2017 he was an honoree on Ebony Magazine’s annual Ebony Power 100 list as a “Community Crusader.”  In 2012, Pastor Mike’s foresight and passion for the Harlem community shaped the vision for the FCBC community development corporation (CDC).  The most ambitious project to date of the FCBC CDC is The Dream Center: a transformative space designed to awaken dreams of the community.  Focused on creative arts, leadership development, and economic empowerment, The Dream Center offers over twenty-five completely free programs to the Harlem community for all ages, races, and backgrounds.  With a desire to deeply engage the issues of the community, in December of 2016 Pastor Mike opened the H.O.P.E. (Healing On Purpose and Evolving) Center; the first faith-based mental health facility in Harlem.  The H.O.P.E. Center is a manifestation of Pastor Mike’s vision to effectively support the vast mental health needs of the community.  The center seeks to minimize the stigma that exists in many communities of color when seeking mental health services.  Pastor Mike is a graduate of Morehouse College, where he earned a Bachelor of Arts degree in Philosophy.  He continued his studies at Duke University School of Divinity as a Martin Luther King, Jr. Scholar and earned a Master of Divinity degree with a focus in Theology.  He served Duke University as the University Minister and Director of the African American Campus Ministry for eight years.  Pastor Mike served as the Senior Pastor of Zion Temple United Church of Christ in Durham, North Carolina for eight years.  He is a proud member of the Omega Psi Phi Fraternity, Inc. and the Morehouse College Alumni Association.   Pastor Mike is a native of Roosevelt, New York.  He is married to the Rev. Dr. LaKeesha N. Walrond, who serves as the President of New York Theological Seminary.  They are the proud parents of two beautiful adult children, Michael III and Jasmyn Dominique.

The University Chapel is a welcoming community of faith.  We gather to sing God's praises, to hear God's living Word, to seek justice, and to proclaim God's love for all people.  Every Sunday of every month the congregation is invited to bring non-perishable food items to be donated to Arm in Arm.  The flowers today are given in loving memory of Sophia, Karl and Mark Zaininger.  If you are interested in making a contribution toward Sunday flowers in the chapel as a memorial please contact Liz Powers for details at 609-258-3048.  The offering this morning will go to the United Negro College Fund, whose mission is to enhance the quality of education by providing financial assistance to deserving students, raising operating funds for member colleges and universities, and increasing access to technology for students and faculty. Since its inception in 1944, UNCF has grown to become the nation's oldest and most successful African-American education assistance organization.

Virtual Event Only
12:30 p.m.
Jan 27
MINDFULNESS MEDITATION For the month of January 2022, we will meet virtually only. Please use the link below to join us Thursdays at 12:30pm. A weekly…