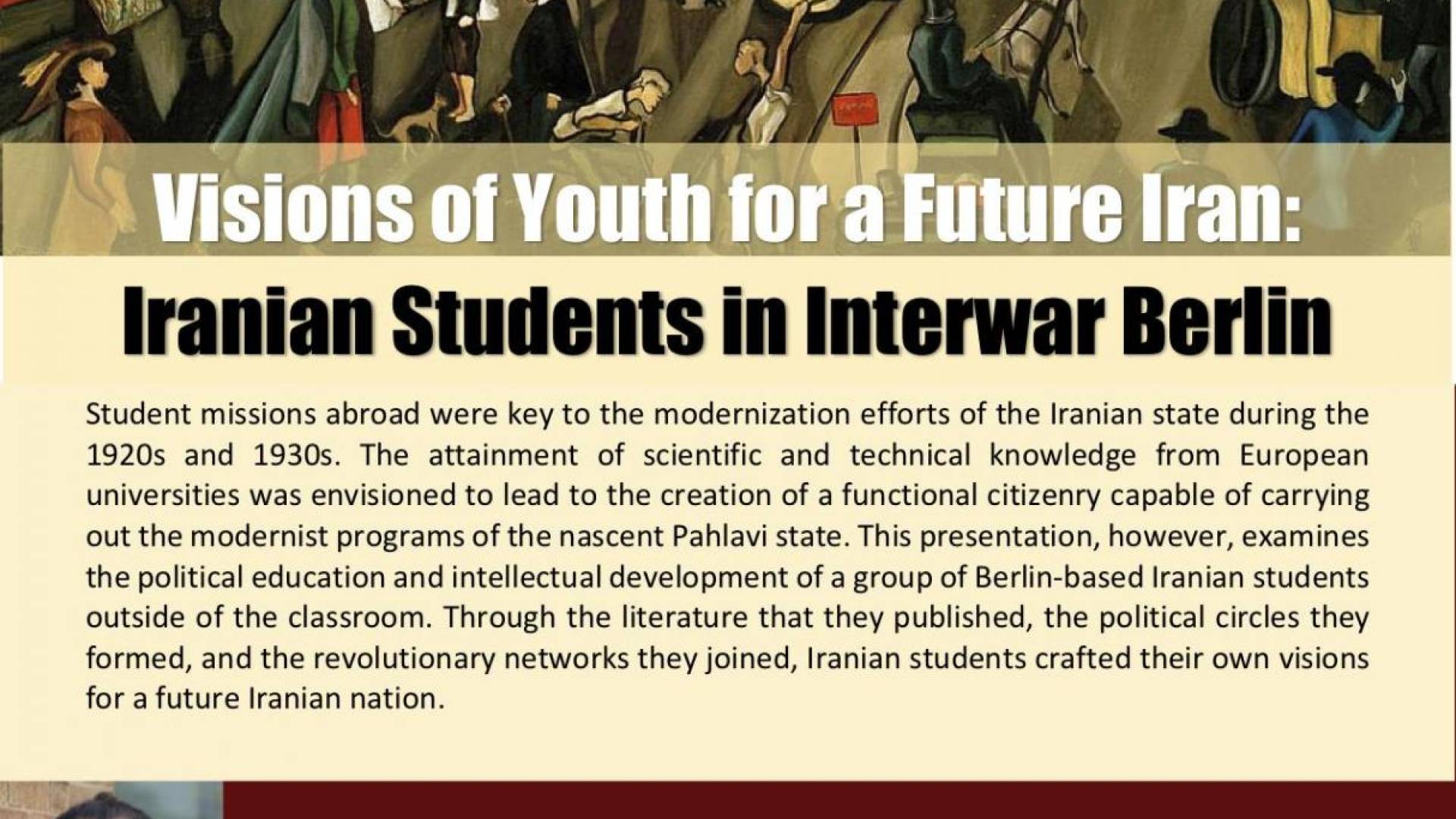 Visions of Youth for a Future Iran: Iranian Students in Interwar Berlin 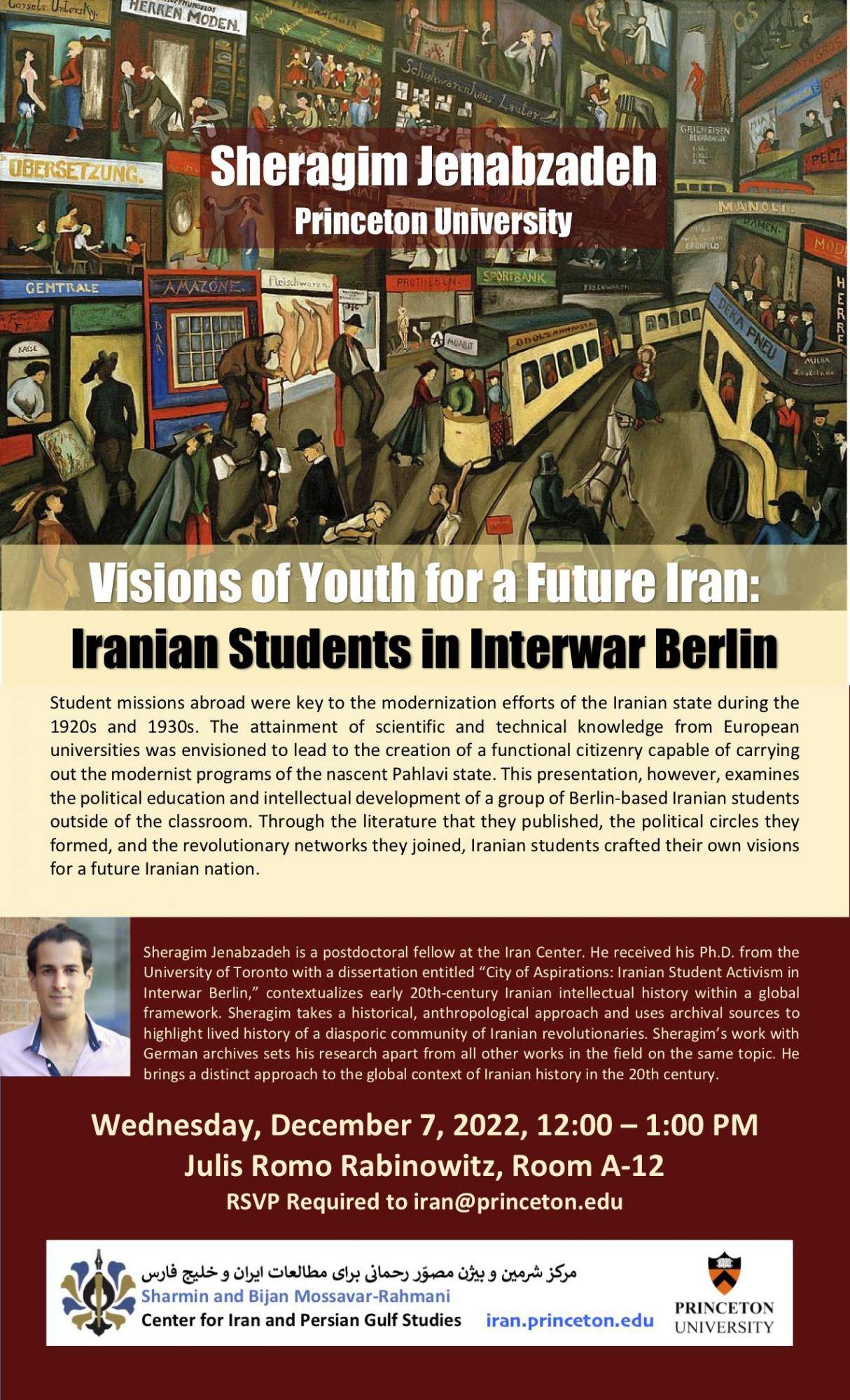 Visions of Youth for a Future Iran: Iranian Students in Interwar Berlin
Cultural

Student missions abroad were key to the modernization efforts of the Iranian state during the 1920s and 1930s. The attainment of scientific and technical knowledge from European universities was envisioned to lead to the creation of a functional citizenry capable of carrying out the modernist programs of the nascent Pahlavi state. This presentation, however, examines the political education and intellectual development of a group of Berlin-based Iranian students outside of the classroom. Through the literature that they published, the political circles they formed, and the revolutionary networks they joined, Iranian students crafted their own visions for a future Iranian nation.

Julis Romo Rabinowitz Building
8:00 a.m.
Feb 5
Do you want to become the master of your mind? Are you trying out mindfulness practices? Wondering if a meditation retreat actually works? Desperate for…

Peretsman Scully Hall
5:30 p.m.
Feb 7
This event is for POC in the psychology department to come together and build community through food and conversation!