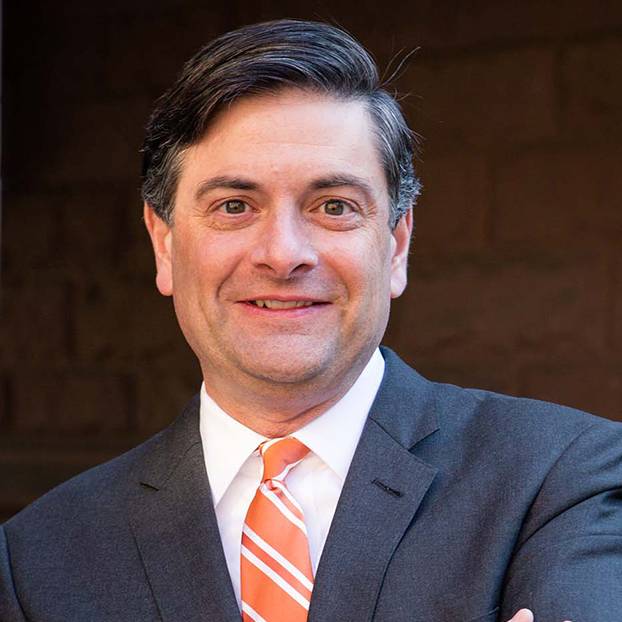 Kevin J. Heaney was appointed Princeton University’s first vice president for advancement in November 2016. He serves as a member of the President’s Cabinet and leads staff members in University Advancement, who seek to engage Princeton’s remarkable alumni, parents, and friends in the life of the University in order to marshal their talents and generosity in furtherance of the University and its mission.

Heaney and his team work closely with President Eisgruber to maintain a positive and productive relationship with the entire Princeton alumni body, as well as with key University donors and stakeholders. The advancement team supports the work of the Alumni Council and class, regional, and affiliated groups, organizing programs such as Reunions, Alumni Day, and affinity conferences. They also support the Princeton Prize in Race Relations, which recognizes high school students who significantly engage and challenge their schools or communities to advance racial equity, and Princeton Journeys, which combine intellectual enrichment with world travel.

Advancement is responsible for engaging alumni, parents, and friends of the University to raise critically important philanthropic support for the University’s highest priorities, including Annual Giving and gifts designated for a specific purpose or through estate planning. In addition, the office is responsible for ensuring that donors are both appropriately recognized and informed about the impact their gifts make on Princeton’s mission of teaching and research.

Before joining Princeton, Heaney served for nearly a decade at the Oregon State University (OSU) Foundation as the vice president for constituent and central development programs and deputy campaign director. He played a key role in OSU’s first comprehensive fundraising campaign, which surpassed its $1 billion goal 11 months ahead of schedule. Before OSU, Heaney served in a variety of development positions at Georgetown University, Johns Hopkins University, and Harvard University. During his career, he has been part of five highly successful campaigns and has been an active member of the broader development community, chairing seven national conferences on campaign fundamentals and strategies for the Council for the Advancement and Support of Education (CASE). He received the CASE Crystal Apple Award for Teaching Excellence in 2017. He has served as a faculty member of both the CASE Summer Institute for Educational Fundraising and CASE’s Inspiring the Largest Gifts of a Lifetime conferences.