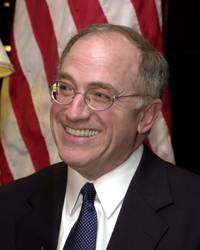 Kurtzer's appointment will promote collaboration between the Woodrow Wilson School and other leading academic institutions and think tanks, including the nonprofit Center for Middle East Peace and Economic Cooperation, a private organization founded by Abraham in Washington, D.C., to bring together officials from the Middle East and the United States to develop strategies for resolving the Arab-Israeli conflict.

"We could not be more enthusiastic about the Abraham chair or Daniel Kurtzer as its first holder," Woodrow Wilson School Dean Anne-Marie Slaughter said. "Having Ambassador Kurtzer here will allow us to engage our students, faculty and visitors in a host of issues related to contemporary Middle East politics.

"We will also use the Woodrow Wilson School's convening power, together with Mr. Abraham's extraordinary contacts, to hold a wide variety of events both in Princeton and in Washington," Slaughter said.

With a doctorate and two master's degrees from Columbia University, Kurtzer entered the foreign service in 1976. He had an early career in academia in New York, where he was the dean of his undergraduate alma mater, Yeshiva College, from 1977 to 1979.

Kurtzer will serve up to five years in the visiting professor position at Princeton, effective Jan. 1, 2006. Abraham donated the funds for the endowed professorship, which the Princeton University Board of Trustees approved Nov. 11. Abraham is a noted pioneer in the pharmaceutical and diet food industries, and is recognized as a philanthropist who has dedicated himself to Israel's security and peace in the Middle East.