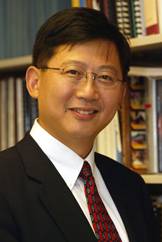 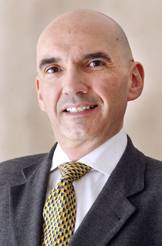 Photos: Courtesy of Stephen Chou; and by Frank Wojciechowski (Verdu)

Stephen Chou and Sergio Verdu, professors of electrical engineering, have been elected to the National Academy of Engineering, one of the greatest honors in the engineering field.

"The department is delighted that two of our distinguished scholars have been elected to the National Academy of Engineering," said Peter Ramadge, chair of the electrical engineering department. "Both of these colleagues have won numerous awards for their scholarship, and their election to the academy is a very well-deserved honor and an excellent crowning recognition of their high-impact scholarship and innovation."

Chou, the Joseph C. Elgin Professor of Engineering, was cited for his "contributions to nanoscale patterning and to the scaling of electronic, photonic, magnetic and biological devices." Among other accomplishments, Chou is the inventor of a revolutionary technique to create the ultra-small features on computer chips using a nanometer-scale mold.

The Institute of Electrical and Electronics Engineers (IEEE) selected Chou to receive its 2004 Cledo Brunetti Award for his invention of groundbreaking techniques in nanotechnology. He was inducted into the New Jersey High-Tech Hall of Fame in 2005. Since joining the Princeton faculty in 1998, he has founded two companies in central New Jersey, Nanonex and the NanoOpto Corp.

Verdu, who also is affiliated with the Program in Applied and Computational Mathematics, was cited for his "contributions to multiuser communications and information theory." He recently was selected as the 2007 recipient of the IEEE Information Theory Society's highest honor, the Claude E. Shannon Award, for his work in the field of information theory.

Verdu joined the Princeton faculty in 1984. He was named to the engineering school's Commendation List for Outstanding Teaching for the spring 2006 semester, based on student evaluations. In 2000, he received the Frederick E. Terman Award from the American Society for Engineering Education for his contributions to the teaching profession.

The election of Chou and Verdu brings to 21 the total number of faculty members in the School of Engineering and Applied Science who are members of the National Academy of Engineering. The two were among 64 new members elected to the academy this year, including Princeton alumnus Charles Zukoski. A professor of chemical engineering and vice chancellor for research at the University of Illinois-Urbana/Champaign, Zukoski received his Ph.D. in chemical engineering from Princeton in 1985.