General Counsel McDonough to step down after 23 years at Princeton 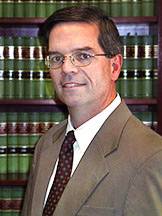 Photo by Ruth Stevens for the Office of Communications

Peter McDonough, a member of Princeton University's legal staff since 1990 and its general counsel since 2002, has announced his intention to step down from this position at the end of this academic year. He will then have a sabbatical year during which he will be available as needed to assist in the transition to his successor.

"Pete McDonough has been a trusted adviser, a skilled legal representative and a devoted member of the University community for over two decades and has also been a national leader among college and university attorneys," said Princeton University President Christopher L. Eisgruber. "He has served this University exceedingly well both in providing good counsel and in overseeing the broad range of legal matters that fall within the jurisdiction of his office. Presidential transitions offer a natural opportunity for renewal, and Pete and I have agreed that this is a good time for him to think about what he would like to do next and for the University to commence a search for his successor, with the goal of having a new general counsel in place by July 1. I know I speak for many at Princeton and for the trustees in thanking Pete for his service to Princeton and to higher education more generally, and in wishing him every success in the years ahead."

McDonough said, "It has been an honor to be able to serve Princeton as its general counsel, but I am at an age and stage in my professional, family and personal life when I can and should think about doing at least one more substantial thing. I am grateful to President Eisgruber for the opportunity to pursue that in a reflective way. Of course I will miss Princeton. It is a special place, with extraordinary, dedicated people whom I have been privileged to call my colleagues and friends for 23 years."

As general counsel, McDonough has been responsible for all legal advice, action and representation of the University provided by an in-house legal team that includes six additional attorneys and by outside counsel. Personally, he has provided legal advice and representation on matters related to institutional governance, faculty and student affairs, academic and research integrity, diversity and inclusion, athletics, employment, construction, litigation and dispute avoidance, federal regulation, and risk management.

He played a leading role in overseeing the six-and-a-half-year litigation regarding the then-existing Robertson Foundation that supported the graduate program of the Woodrow Wilson School of Public and International Affairs and in bringing that case to a successful resolution in 2008. He and his staff have worked closely with outside counsel over recent years to represent the University successfully in a range of lawsuits related to the University's $330 million Arts and Transit project that is currently under construction.

McDonough was recognized last June by business journal NJBIZ as General Counsel of the Year in the nonprofit and government sector. On the national level, he was a member of the board of directors of the National Association of College and University Attorneys, and has chaired or served on several of its committees, including committees on strategic planning, finance and legal education. He has presented and written on a variety of topics relevant to the practice of law in a higher education environment. He currently serves on the American Bar Association's Standards Review Committee, which has been conducting a comprehensive review of the accreditation standards for law schools.

Prior to coming to Princeton, McDonough worked for major law firms in New York City and New Jersey. He earned his bachelor's and law degrees from Georgetown University.

Former Princeton University President Shirley M. Tilghman, who appointed McDonough to the position of general counsel, said, "part of what made Pete McDonough successful was his deep attachment to the values of the University, and his clear understanding of the University's goals and aspirations. He was always willing to go the extra mile to be sure the University fully met its obligations and was represented in legal matters as effectively as possible. He hired and supervised excellent colleagues in the counsel's office and did an exceptional job of identifying and working with outside counsel on a broad range of issues. I will remain forever grateful for all of his counsel and support throughout the term of my presidency."