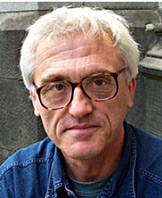 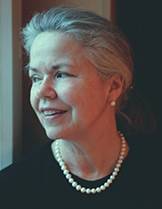 Photo courtesy of the American Academy in Berlin

Gross, the Norman B. Tomlinson '16 and '48 Professor of War and Society and professor of history, has been on the Princeton faculty since 2003. He is known as a scholar of the Second World War, in particular the atrocities of anti-Semitism across central Europe.

Gross' most famous book is "Neighbors: Destruction of the Jewish Community in Jedwabne, Poland," published by Princeton University Press in 2001 and a finalist for the National Book Award. The book, translated into more than 10 languages, uncovers the massacre of Jews in Jedwabne in 1941 by their Polish neighbors.

In nominating Gross for the Behrman Award, one colleague described the book as a "story, reconstructed from data that only a well-trained social scientist can distill, of a community's nightmare event, the destruction of a small town's Jews by people who were neighbors."

Gross' most recent book is "Golden Harvest: Reflections about Events at the Periphery of the Holocaust," published in 2012. His other books include: "Revolution from Abroad: Conquest of Poland's Western Ukraine and Western Belorussia," "War Through Children's Eyes," and "Polish Society under German Occupation."

Gross has received many honors, including the Sybil Halpern Milton Prize from the German Studies Association for "Golden Harvest" and the Distinguished Achievement Award for Holocaust Studies and Research. He has given lectures around the world and received the Order of Merit, Knight's Cross, from Poland in 1996. He has received fellowships from the Guggenheim and Rockefeller foundations.

Gross serves on the editorial board of East European Politics and Societies and is general editor of Studies on Societies and Culture in East Central Europe Series, University of California Press. He is a member of New York University's Remarque Institute Advisory Board.

One of Gross' colleagues wrote: "An engaged intellectual and a passionate seeker of truth, he has shown that history can still have a profound civic function. And as a colleague and a teacher, he has been a devoted and effective member of Princeton's intellectual community."

Stewart, the Avalon Foundation University Professor in the Humanities and professor of English, has been a Princeton faculty member since 2004. She has served as Director of the Society of Fellows in the Liberal Arts since 2010.

Stewart has written many works of poetry, literary and art criticism, and translation. Her most recent book of poetry is "Red Rover," which also appeared in Italian translation in 2012. Her book of poems "Columbarium" won the 2003 National Book Critics Circle Award. Her book "Poetry and the Fate of the Senses" won the Truman Capote Award for Literary Criticism in 2004 and the Christian Gauss Award for Literary Criticism in 2003 from Phi Beta Kappa. Her translation, "Love Lessons: Selected Poems of Alda Merini," appeared in 2009 with Princeton University Press and last year she published "The Poet's Freedom: A Notebook on Making." She now as well serves as the editor of the Princeton Series of Contemporary Poets.

In nominating Stewart for the Behrman Award a colleague wrote that Stewart is a "luminary figure whose work reaches across the campus, the nation and the globe."

Another colleague wrote: "she is a scholar who has written with élan and authority about ... all aspects of poetry, and about art, aesthetics and philosophy. She is also an accomplished teacher of the literature of all periods ... She is a magnet for our best undergraduates, and she is one of the department's most sought-after graduate advisers, selflessly generous with her time."