by Jill Feldman, Office of Communications, and B. Rose Huber, Woodrow Wilson School of Public and International Affairs 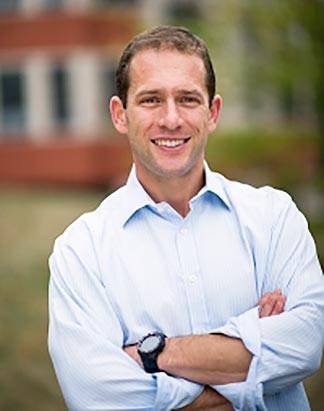 Photo by Sameer A. Kahn/Fotobuddy for the Woodrow Wilson School of Public and International Affairs

Following the Nov. 13 shooting rampage in Paris by the Islamic State group, French police are conducting raids to hunt down suspects. The French Parliament is grappling with the decision of whether to extend the state of emergency for three months. A consensus has yet to be reached globally on how to defeat Islamic State militants, though some themes have emerged including taking a definitive role in the Syrian conflict.

The recent wave of attacks by the group, often referred to as the Islamic State of Iraq and Syria (ISIS), may signal a change in strategy, according to Jacob Shapiro, associate professor of politics and international affairs at Princeton. We discussed ISIS's movements with Shapiro, who studies political violence, economic and political development in conflict zones, security policy, and urban conflict.

Question: Do the Paris attacks signal a change in ISIS strategy? If so, why?

Answer: Yes, but not one that happened just recently. ISIS and its predecessors have long had the capability to do such things (i.e., attacks outside the Middle East) but have refrained from doing so until recently. Presumably that was the result of a strategic calculation. This attack must have taken some time to set up, probably several months, so the change in strategy to begin attacks outside the Middle East would have happened several months back, but exactly how far back is hard to know.

Q: Can ISIS be defeated without a ground war?

A: Yes. The group has no sustainable source of economic activity in the regions it controls and its governing institutions are of a type that has failed everywhere they have been tried. There's no reason to expect this time to be any different. Thus, containment and time will be enough to ensure its undoing.

Q: Has ISIS reached its geographical limits? If so, can it survive without expanding?

A: Yes, and no. If you simply look at a map, ISIS has nowhere left to expand at least within Iraq and Syria. To the north it is bumping up against the Turkish border. To the west it is hitting areas of Syria that are strongly under regime control and are, mostly, populated by ethnic groups antithetical to the group. To the south it faces a combination of empty spaces or states that can effectively control their borders (i.e., Jordan and Saudi Arabia). To the east it is facing majority Shia populations strongly motivated to resist any incursions.

The group's governing institutions are inimical to sustained economic growth and so it must grow or die. In that sense, it's like a band of marauding barbarians from the 13th century. If static, it will eventually collapse from its inherent failings, just as communism did before it. The question is really how long that process will take and how bad the externalities it creates along the way will be. Seth Jones of the RAND Corporation had a nice piece pointing out that many terrorist groups become more violent as they fail. I agree with him that that is likely to happen with ISIS, and so I would anticipate more attacks like the ones in Paris to be attempted. Most will fail, some will not, but we should not mistake that lashing out for a sign of strength. It is just the opposite.

Q: What do we know about the leadership of ISIS? Are any fissures apparent or imminent?

A: The leadership is largely descended from the leadership of the Islamic State of Iraq, which grew out of al-Qaida in Iraq and which the U.S. fought for many years. There are no obvious fissures that I know of, but I haven't looked in great detail for them.

Q: Are the United States, France and others fighting first and foremost the army of ISIS or the idea of ISIS? Can they successfully fight both at once?

A: I'm not sure I accept the premise of the question that you can actively fight an idea, but if I take the premise then both and yes. However, like communism, the idea may be more effectively defeated if allowed to fail of its own inadequacies and incompatibility with human nature.

Q: Does the threat posed by ISIS mirror that of any other terrorist organization you have studied?

A: It's different in controlling so much territory but that just creates a new set of obligations and vulnerabilities. I think there's a lot of wisdom in the people who point out that, when you think of ISIS, you shouldn't think of a strong terrorist group. Instead, you should think of a weak, militarily vulnerable state espousing a noxious ideology that draws some adherents but turns off most of its population, which is controlled by a brutal and inefficient totalitarian system.

Q: If ISIS is defeated, how does the global community prevent the next terrorist group from forming in its wake?

A: Well, the core source of instability in the region is the failure of regimes to guarantee decent treatment to all their citizens. If you can get Iraq and Syria to offer reasonable political voice and freedom from arbitrary government abuse to all their citizens, then you can solve that terrorist problem. There will, of course, be other reasons people turn to terrorism in the future, but this particular group survives because of poor choices made by those two governments and mostly by the Iraqi government from 2011 to 2013.