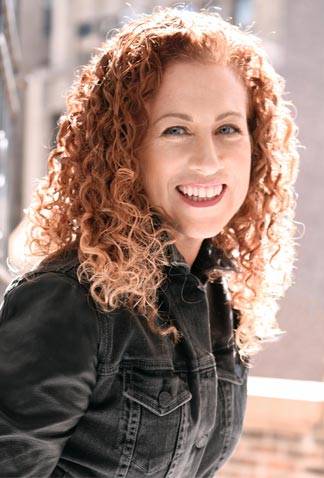 Best-selling novelist and Princeton alumna Jodi Picoult will deliver the keynote address at the University's Class Day ceremony on Monday, May 30.

Best-selling novelist and Princeton alumna Jodi Picoult will deliver the keynote address at the University's Class Day ceremony on Monday, May 30.

The Class Day ceremony for seniors will start at 10:30 a.m. Monday, May 30, in the University Chapel, not Cannon Green, due to the threat of thunderstorms. The speaker will be novelist Jodi Picoult.

Unless conditions are judged unsafe, guest seating will still be availabe on Cannon Green, where the ceremony will be broadcast on two large screens.

At Class Day, seniors celebrate the achievements of their peers and members of the University community in a light-hearted manner. The event is organized and presented by members of the graduating class. In addition to the keynote address, the ceremony will include remarks by Princeton President Christopher L. Eisgruber and class members, the induction of honorary class members, and the recognition of class members with awards for community service, athletics and leadership. For Class Day, seniors wear distinctive jackets, which they later don as alumni when marching with their class at the P-rade at Reunions.

The Graduate School's Hooding ceremony for advanced degree candidates will begin at 4:30 p.m. in Jadwin Gym rather than on Cannon Green. The hoods presented to the degree recipients distinguish the wearer by both rank and academic discipline. The lining of each hood bears the degree-granting university's own colors — at Princeton, orange with a black chevron.

The simulcast locations for the Hooding ceremony are Richardson Auditorium in Alexander Hall; Dillon Gymnasium; and Dodds Auditorium in Robertson Hall.

The events also are scheduled to be webcast live and archived online for later viewing on the University's Media Central site.

NOTE TO TRAVELERS: Class Day falls on the Memorial Day holiday, and NJ TRANSIT buses and trains will be running on a reduced schedule.

UPDATE: Class Day program to be held in University Chapel