The University has unveiled the "Princeton Portraits" project in which 32 administrators tell stories of their identities — racial, ethnic, gender, class, faith and more — and their perspectives in working with and for members of the campus community. In this introductory video, several of the administrators describe Princeton's commitment to diversity and inclusion, and how that inspires and fulfills them. (Images and concept © Adam Mastoon 2017)

The University unveiled the "Princeton Portraits" project Monday, March 6, on a website that, in a multimedia display of the University's commitment to diversity and inclusion, showcases the backgrounds and perspectives of 32 campus administrators.

The site features vice presidents, deans, chaplains, program coordinators and other staff who tell stories about their identities — racial, ethnic, gender, class, faith and more — and their perspectives on working with and for the wide range of people in the University community.

The website pairs a photo of each administrator with a page of commentary, a quote from which is artfully overlaid on the photo. Some of the administrators are featured in profile videos as well as an overview video (above) on the project.

"What you can't tell by looking at me is that I'm half Puerto Rican and half Colombian, that I'm a passionate scientist, and that I'm 100 percent proud of my heritage and accomplishments," Vanessa González-Pérez, assistant dean for diversity initiatives in the natural sciences at the Graduate School, writes in her profile.

Vineet Chander, coordinator for Hindu life in the Office of the Dean of Religious Life, writes that he struggles with "feeling caught between two worlds."

"I'm the child of immigrants … for whom 'home' unequivocally means India. I struggle with the blessings and burdens of being born and raised in America, with thinking like an American, and never being 'enough' of one," Chander writes.

The project was led by Adam Mastoon, who has produced similar projects celebrating diversity, equity and inclusion at other universities and colleges. Mastoon, who describes himself as a "transmedia storyteller, author and educator," took the photos and his collaborator Rob Ranney filmed the videos.

The portrait displays and website were designed by Andy Chen, a member of the Princeton Class of 2009, and Waqas Jawaid, a Class of 2010 alumnus. They are partners at Isometric Studio, a visual identity and graphic design consultancy based in New York City. They recently led the redesign of the spaces, websites and branding of the University's Women's Center, LGBT Center and the Carl A. Fields Center for Equality and Cultural Understanding.

In outlining their plans for the Portraits project, Mastoon, Chen and Jawaid said:

"Often, staff are lumped into a monolithic category ("the Administration"), identified more by their occupational function rather than the stories beneath that surface. This project seeks to deepen audiences' understanding and connection to the people who make Princeton the vibrant, inclusive community it strives to be."

A selection of the portraits will be featured in a poster exhibit that will be displayed at the Frist Campus Center beginning in early April.

"I'm grateful to the administrators who provided such an authentic glimpse of their personal stories and glad that we were able to showcase our talented staff," said Michele Minter, vice provost for institutional equity and diversity. "I hope that the campus community will be inspired to share their own experiences and perspectives with each other." 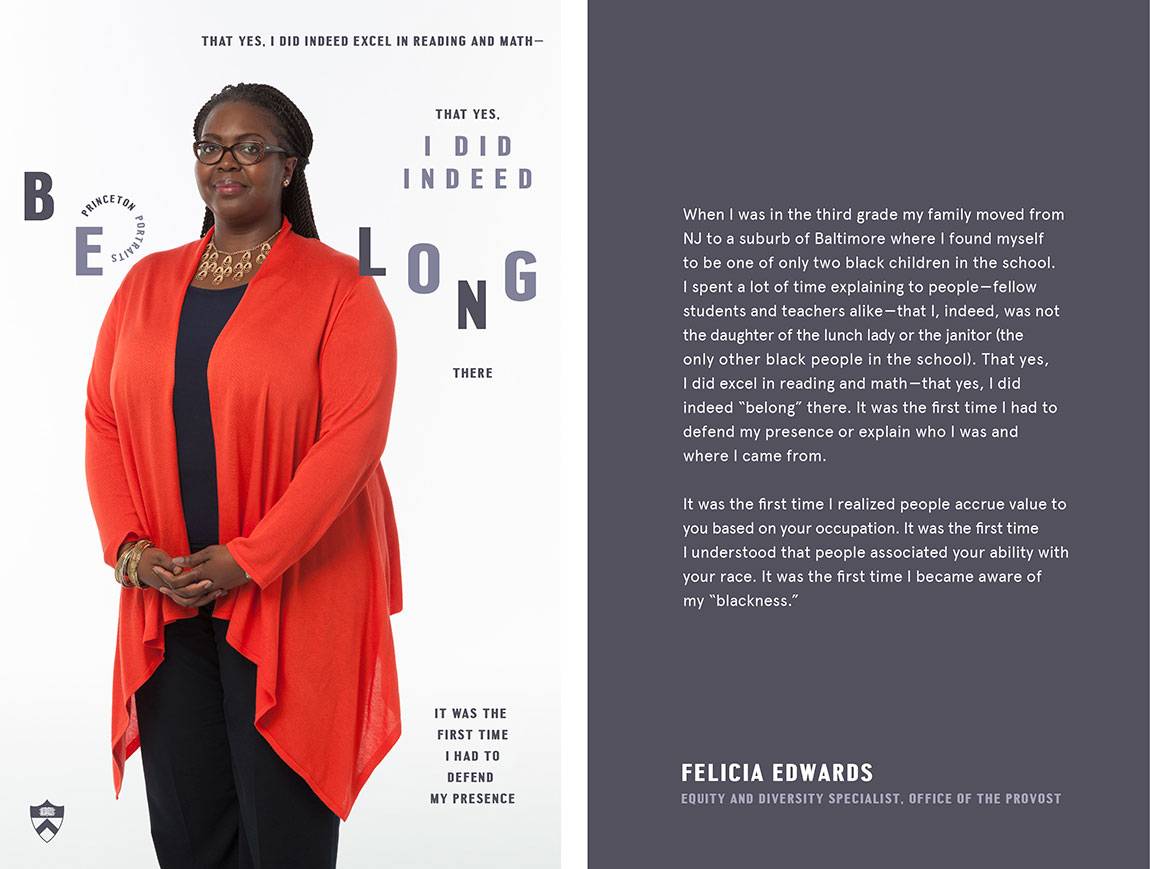 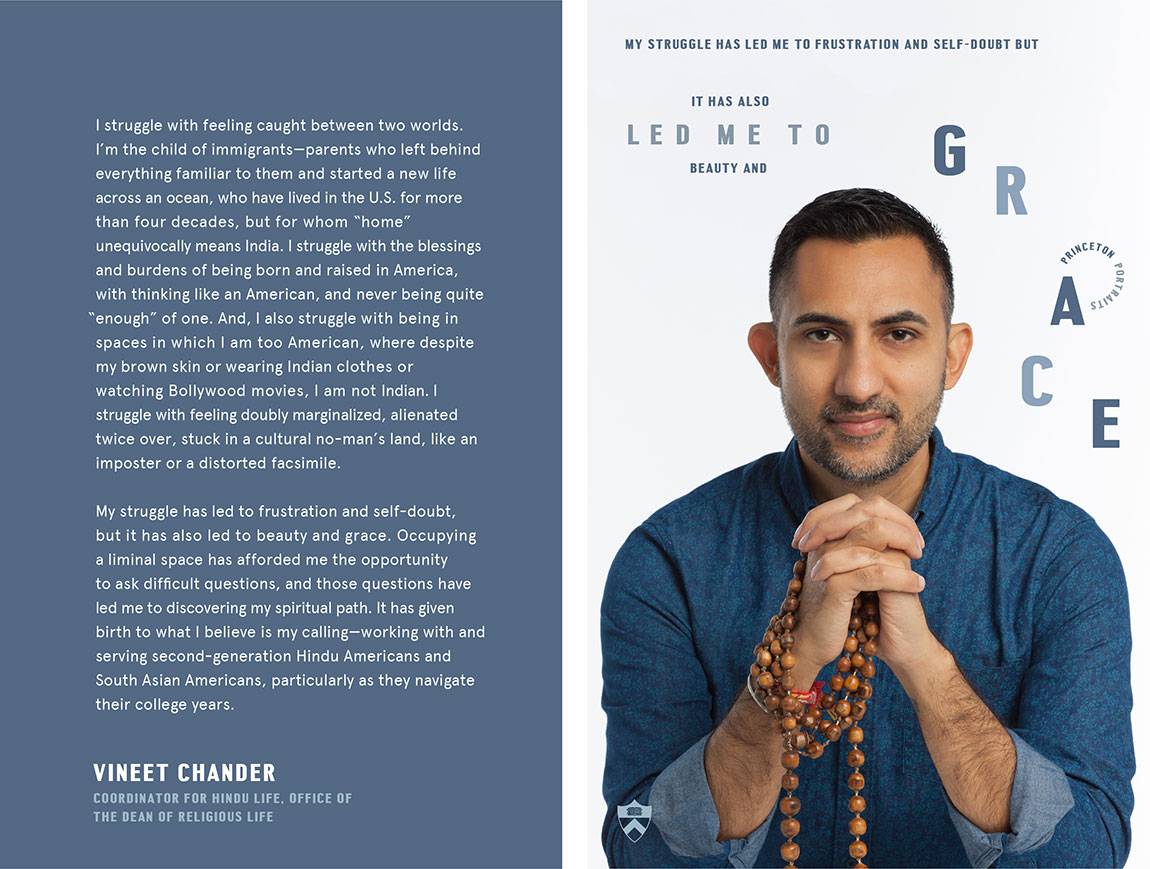 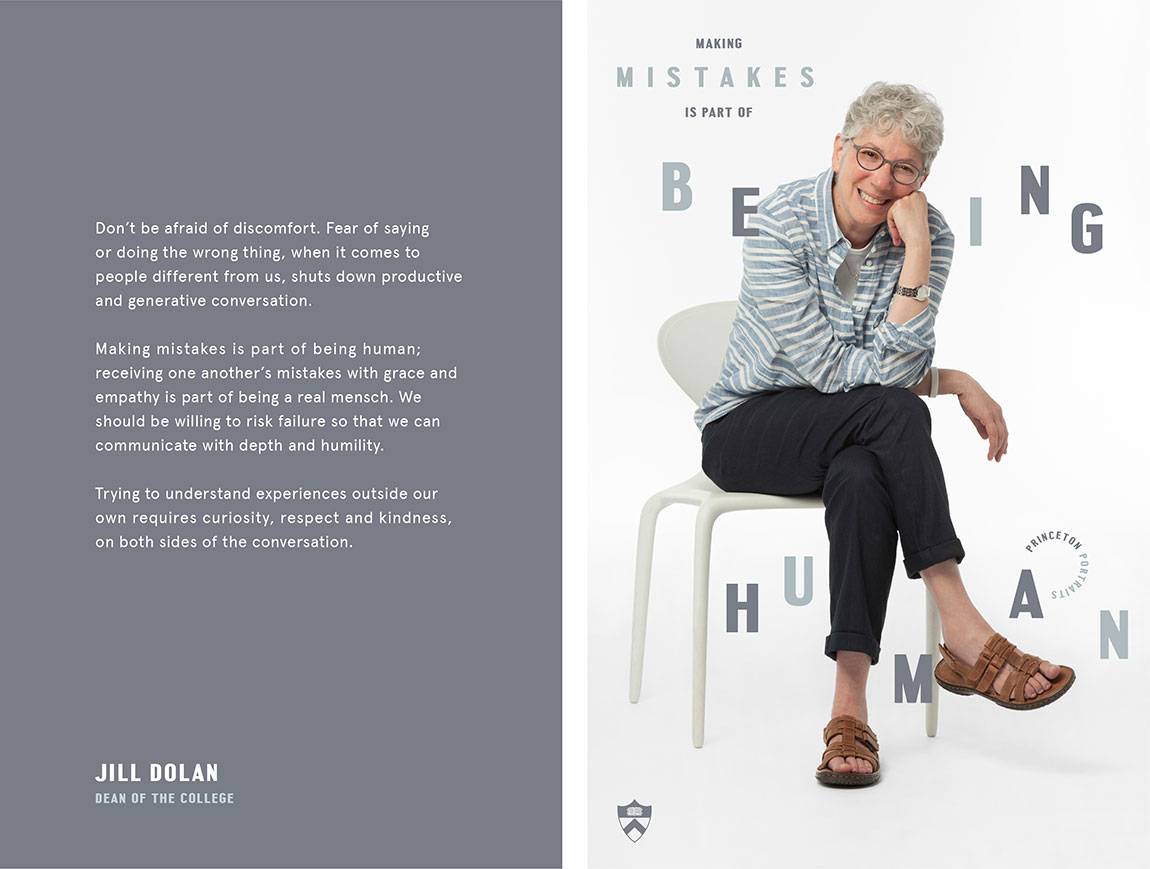 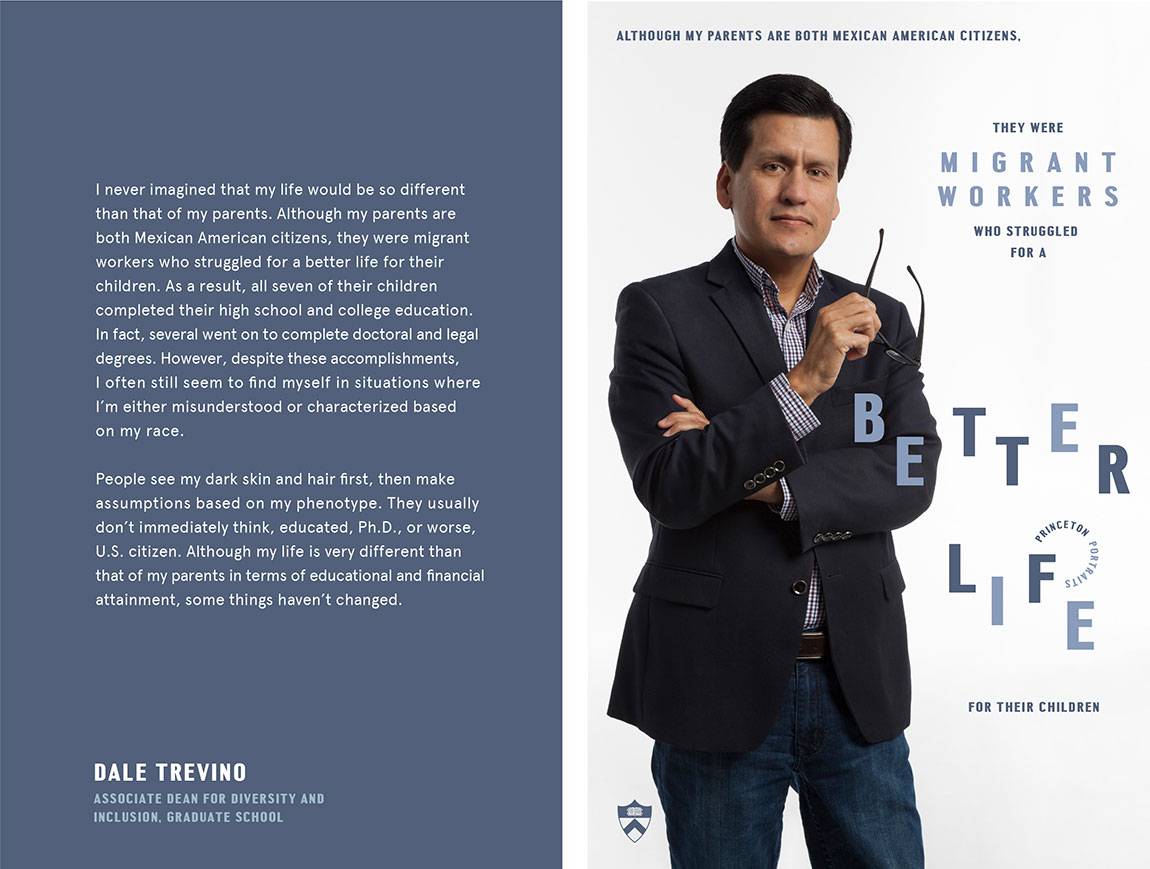 Week of events focuses on Hinduism in 21st century America