Nearly 200 people gathered at Princeton University on Friday, May 4, for the fourth annual Capital Region Minority Chamber of Commerce “Diversity Summit” to connect small minority-owned and women-owned businesses with institutions of higher education. 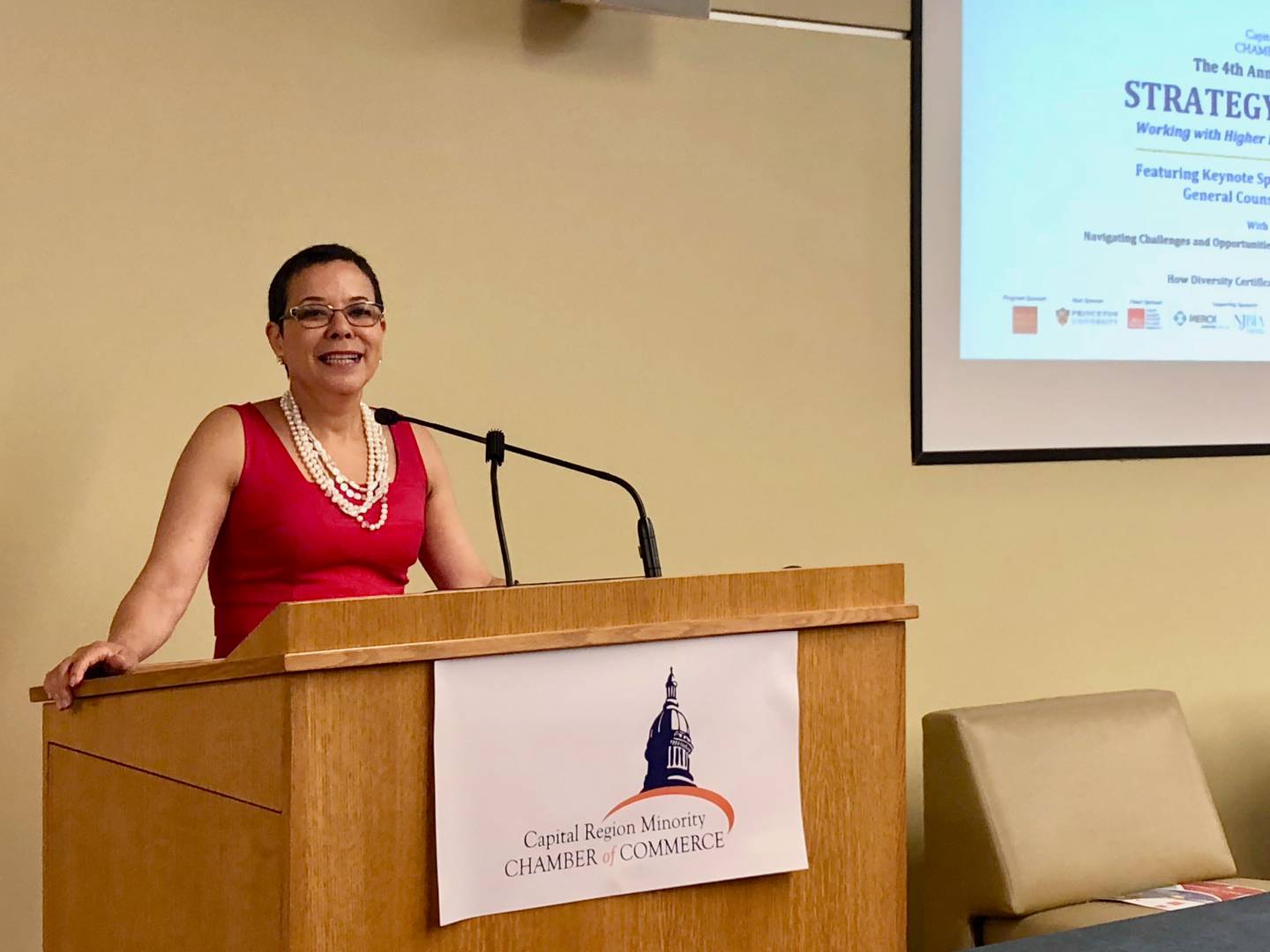 Ramona Romero, Princeton's general counsel, highlighted the University's efforts to diversify its students, faculty, staff and vendors supplying goods and services at the Capital Region Minority Chamber of Commerce Diversity Summit on May 4.

The University was the host sponsor for the event that brought together representatives of nearly 100 companies and organizations hoping to expand and extend their sales with representatives of colleges and universities looking to diversify their supply vendors.

“We are striving for diversity and inclusion in everything we do,” Ramona Romero, Princeton’s general counsel, said in the keynote address. She noted that the University has transformed the demographics of its student body: more than half of the students offered admission for the Class of 2022 identify as people of color, about 23 percent would be eligible for federal grants available only to the lowest income students, and 17 percent would be the first in their families to attend college. The University is also working to diversify faculty and staff.

“Diversifying our supplier base is part and parcel of that approach — of our overall strategy for success,” she said. “Princeton wants to increase its sourcing from businesses owned by minorities, women, veterans and other diverse groups, and we are investing both the resources and the time required to make it happen.”

Romero noted that she is part of a group of senior administrators, convened by President Christopher L. Eisgruber, to champion and drive the University’s use of diverse suppliers.

“Princeton wants its commitment to diversity and inclusion to be evident throughout its operations,” Romero said. “Also, we know that minority-owned and other diverse businesses contribute to regional economic growth, generate employment opportunities, and that their owners often serve as leaders and mentors in their host communities. These contributions benefit society and align nicely with our values, including own commitment to equal opportunity.” 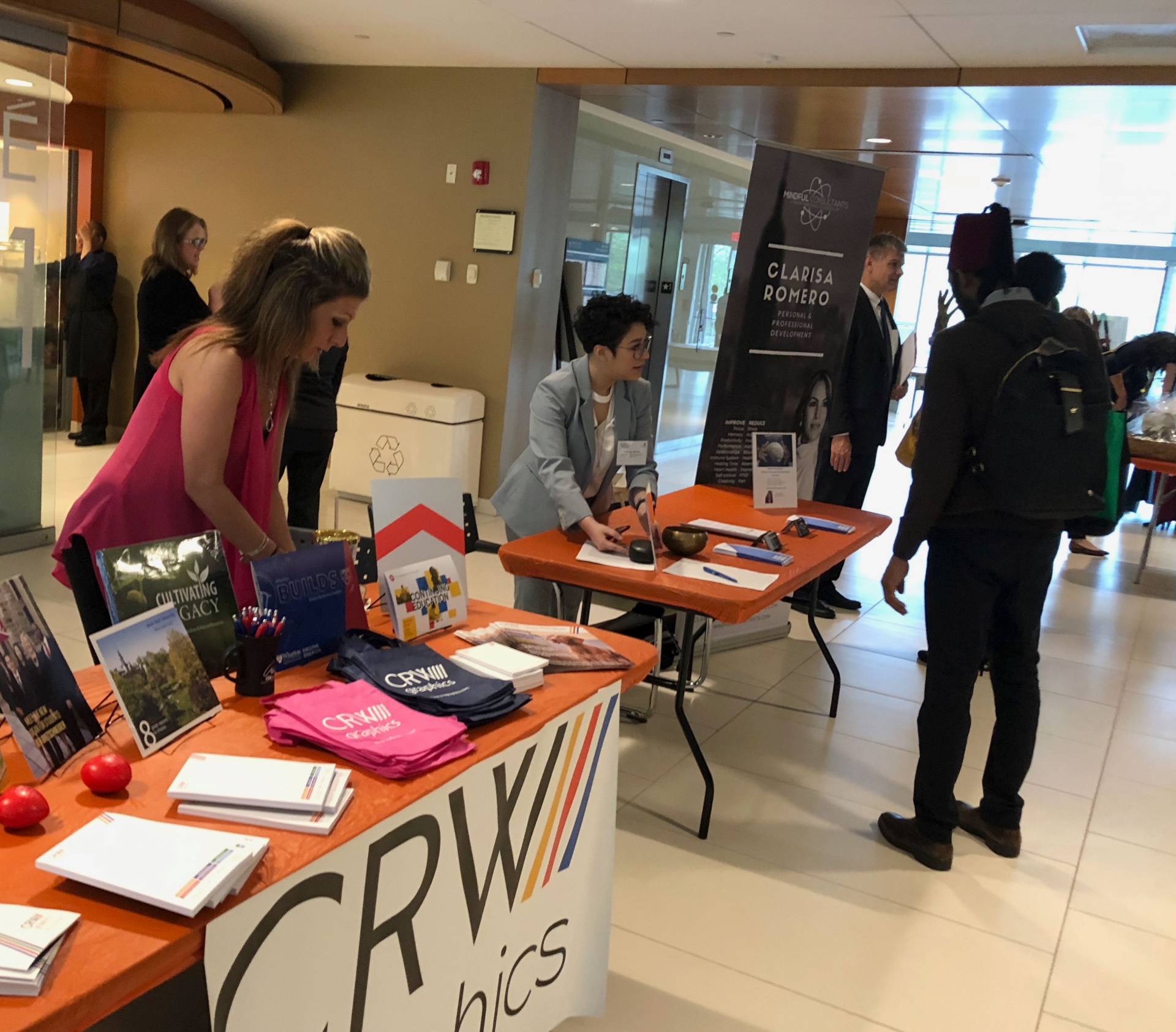 Vendors and participants interacted in the corridors of the 701 Carnegie Center building during the Diversity Summit, which focused on opportunities for small women- and minority-owned businesses to supply institutions of higher education in the region.

Romero was introduced by chamber President Herbert Ames, the president and chief executive group of the Devin Group Inc., a consulting firm based in Hamilton, New Jersey.

“Princeton University is committed to making supplier diversity an integral part of the way it does business, consistent with its commitment to a diverse and inclusive University community,” said Mohamed Ela, director of procurement services at Princeton University. “Our commitment is driven by the belief that engaging a diverse supply base is mutually beneficial — fostering competition, opportunity, and generating considerable value by broadening the pool of supplier expertise, perspectives, and capabilities.” 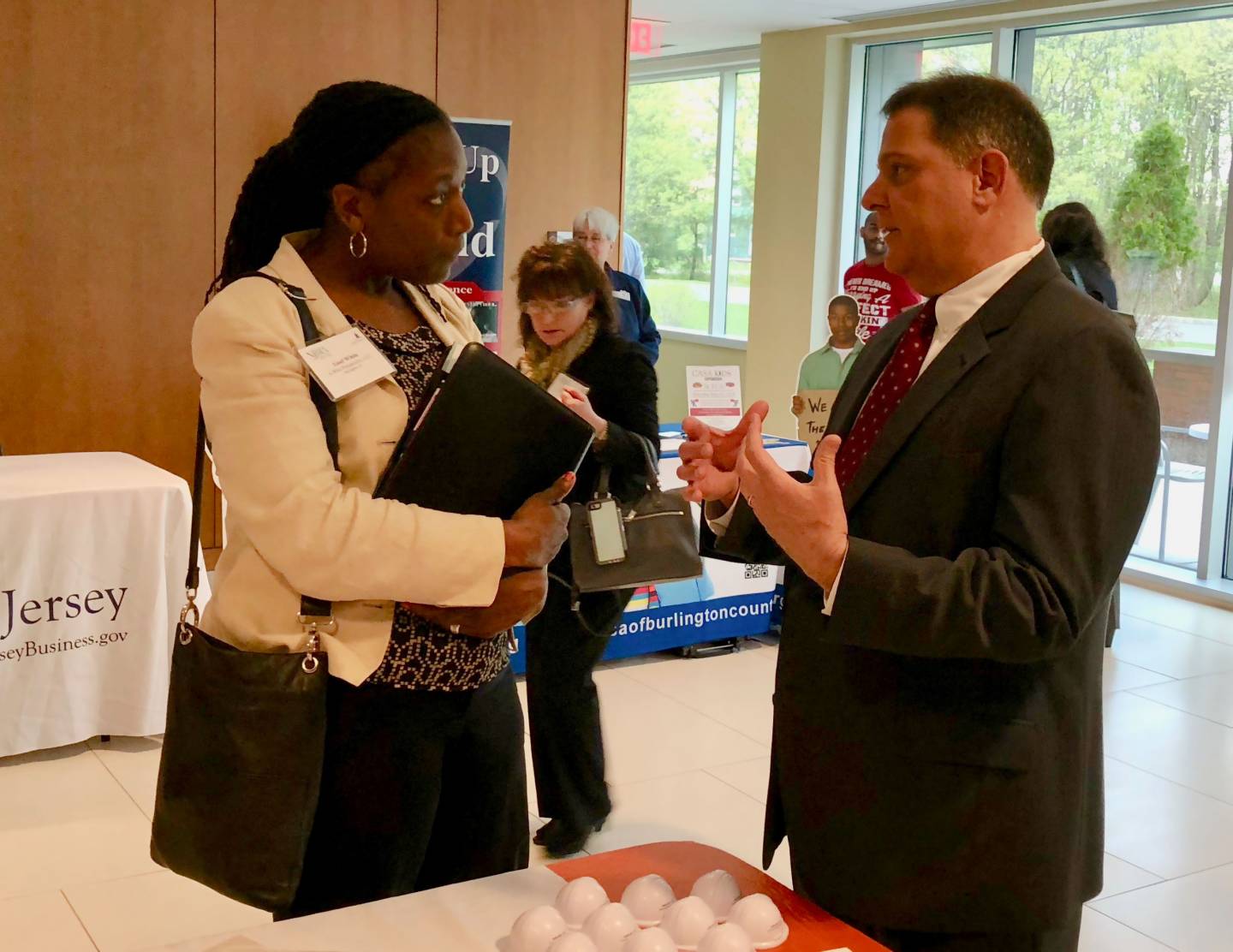 Mohamed Ela, director of procurement services at Princeton, speaks with Lisel White, founder of A Wise Perspective, one of the nearly 100 businesses and organizations represented at the event.

In addition to a vendor fair held in the corridors of the 701 Carnegie Center building, the diversity summit included panel discussions on diversity certification and on partnering with institutions of higher education.

“At Princeton, we are trying to even the playing field through extensive outreach — including programs like this one — and working to increase the number of competitive procurements,” Romero said. “But using opportunities like this one to get to know each other and begin to establish connections is also key. We look forward to many more opportunities to work with the chamber and with each of you to establish a robust network of diverse suppliers we can all benefit from.” 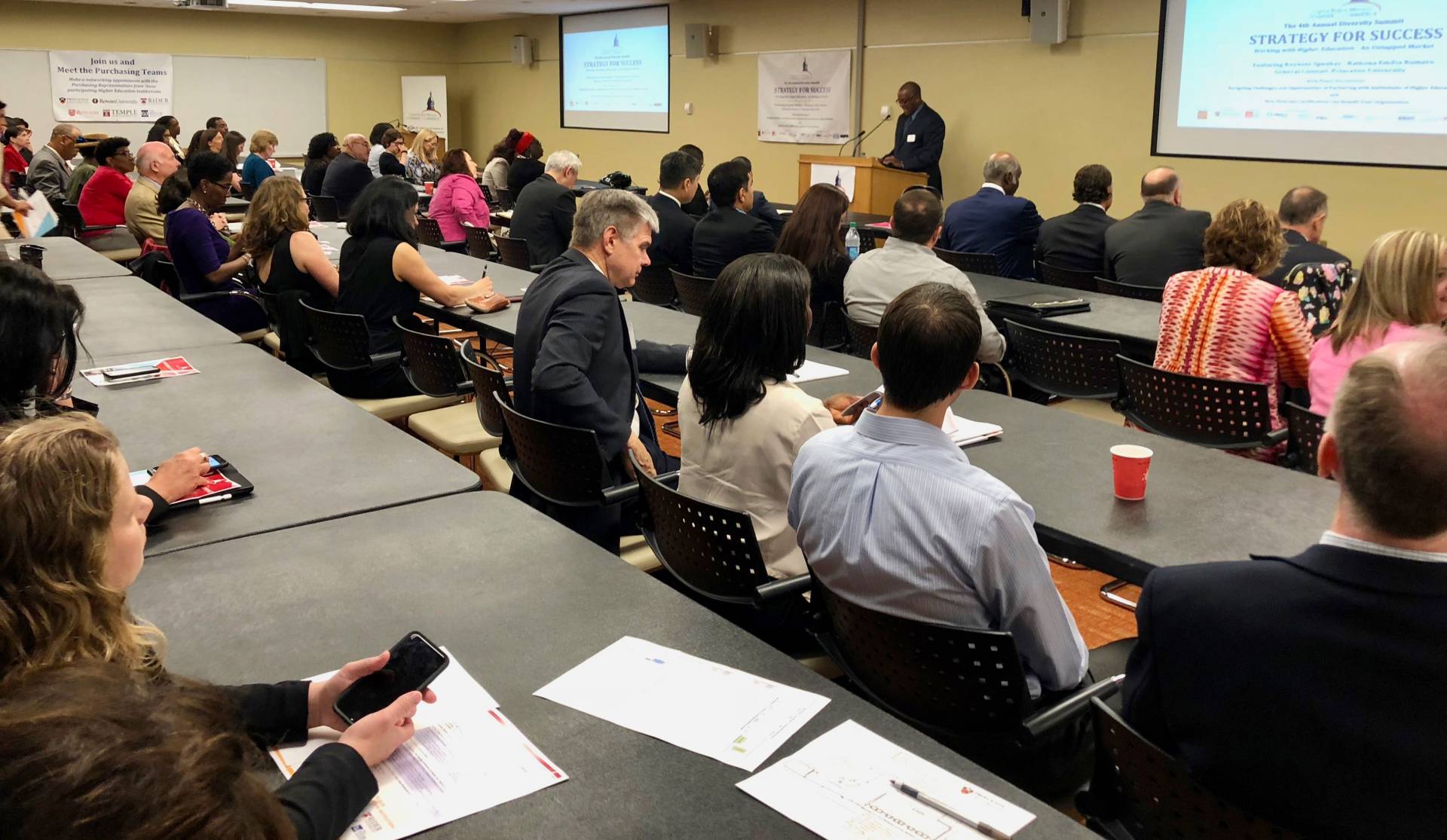