A federal court in Washington, D.C., has reaffirmed its earlier ruling in a lawsuit brought by Princeton University, one of its undergraduate students and Microsoft that the federal government’s decision to rescind the Deferred Action for Childhood Arrivals (DACA) program was unlawful.

In a ruling Friday, Aug. 3, U.S. District Judge John D. Bates gave the government until Aug. 23 to determine if it will appeal the decision, which would require the government to accept new DACA applications and issue renewals.

DACA permits undocumented students who arrived in the United States as children — commonly called “DREAMers” — to obtain protection from deportation, allowing them to continue their studies or work here.

"We are very pleased that the court today reaffirmed its ruling that the government’s termination of the DACA program 'was unlawful and must be set aside,'" Princeton President Christopher L. Eisgruber said. "As the court noted, it 'sees no reason to change its earlier determination that DACA’s rescission was arbitrary and capricious.'

"Princeton University’s continued success as a world-class institution of learning and research depends on our ability to attract talent from all backgrounds, including DREAMers. Our DACA students have earned numerous academic honors, awards and fellowships. Their contributions strengthen our community, and we are proud to stand with them," Eisgruber said.

He added, "Though we are delighted with today’s ruling, we will continue to urge Congress to enact a permanent solution that recognizes the contributions DREAMers make and grants them the permanent  protection and certainty that they deserve."

“A lasting solution for DREAMers has become an economic imperative and a humanitarian necessity,” said Brad Smith, Microsoft’s president. “We hope today’s decision will encourage the nation’s leaders to work together before the end of the year to address the uncertainty DREAMers have been living with for almost a year. DREAMers grew up in this country, attended our schools, pay taxes and contribute to our communities. They deserve bipartisan action by Congress.”

On April 24, Bates issued the initial ruling that termination of the DACA program was unlawful. 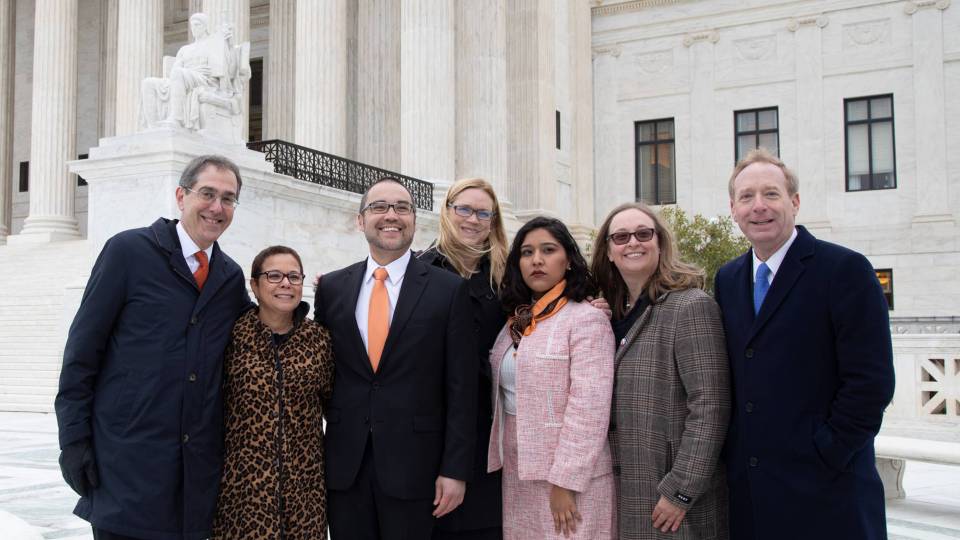