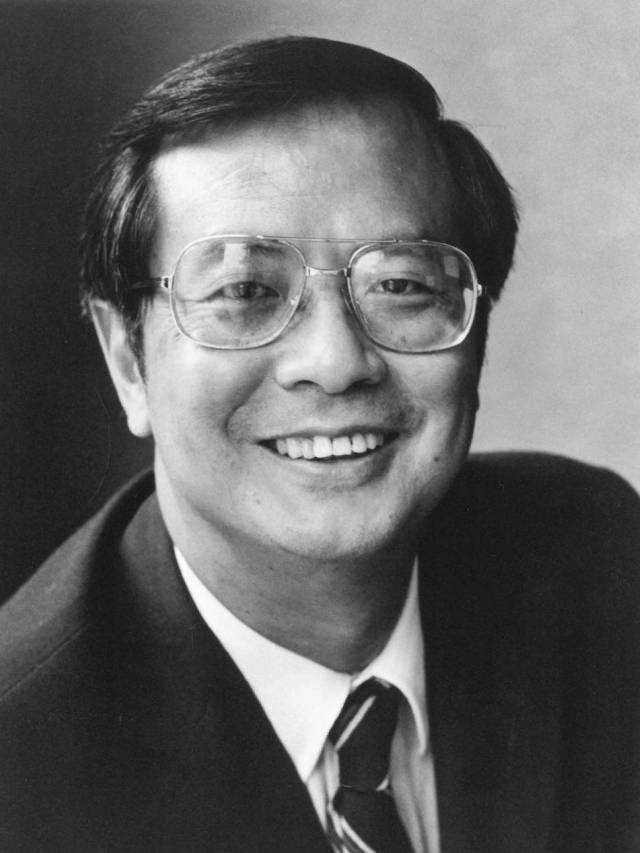 Photo courtesy of the Department of Mechanical and Aerospace Engineering

Lam, the Edwin Wilsey ’04 Professor Emeritus of Mechanical and Aerospace Engineering, earned his Ph.D. in aeronautical engineering from Princeton in 1958 and served on the University faculty for four decades.

Lam “was an ideal Princeton professor — a superb intellect and scholar” — who conducted himself “with humility, sincerity and compassion,” said Chung Law, Princeton’s Robert H. Goddard Professor of Mechanical and Aerospace Engineering.

He was known as a skilled theoretician who applied mathematics and computation to advance understanding of fluid mechanics, aerospace propulsion, plasma physics and other areas. Colleagues credit Lam with building the department’s curriculum in applied mathematics and helping to establish Princeton’s Program in Applied and Computational Mathematics, which he co-chaired from 1983 to 1986.

“Harvey was one of the deepest thinkers I’ve ever met — very careful in his analysis of problems, very mathematical in his approach,” said Fred Dryer, an emeritus professor in the Department of Mechanical and Aerospace Engineering. “Harvey was a true intellectual, and every department should have one or two of those.”

Norman Augustine, former chair and CEO of Lockheed Martin Corporation, recalled a course on theoretical aerodynamics that he and Lam took as graduate students. The professor, Wallace “Wally” Hayes, considered a Russian textbook the best one on the subject, “so we would learn Russian while we learned theoretical aerodynamics!” said Augustine. Lam tackled this challenge with impressive success. He was “one of the most brilliant people I have known,” said Augustine.

Colleagues and former students noted Lam’s remarkable ability to simplify complex issues. “When he would talk, you could see the wheels turning in his head as he was trying to find the exact way to describe the situation,” said Marshal “Mickey” Greenblatt, who earned his Ph.D. under Lam in 1971 and is now the director of Marlin Steel Wire Products in Baltimore. “Ultimately, he would use the word ‘essential.’ When he said that, the next sentence you had to memorize. … When he would explain all the different ramifications, he would correctly brush aside things that were interesting, involved somehow, but weren’t essentially the problem.”

Former Ph.D. student Al George described Lam’s personality as “serious but fun,” and said he appreciated Lam’s encouragement when he encountered a difficult mathematical problem in his research and had to translate an article from French in order to solve it. George, who now directs graduate studies in systems engineering at Cornell University, said that Lam enriched graduate education by organizing the “Grand Canonical Ensemble” (inspired by a term from statistical mechanics), an informal group of students who gathered regularly to discuss current topics in science and engineering.

Charles Berman, another former graduate student, also recalled a moment when he was struggling with a research question. Lam suggested that Berman go back to the first page of his work to look for mistakes — “and he was right,” said Berman, a senior research scientist at Propulsion Science and Technology in Langhorne, Pennsylvania. Berman said that Lam “made my career” by helping him land his first job at Boeing Scientific Research Laboratories.

“He was always there [for students], and not just for his own students,” said William Sirignano, who earned his Ph.D. at Princeton in 1964 and was later Lam’s colleague on the Princeton faculty. This quality, he said, is “quite unique among academics — to give time to other people’s graduate students so freely. When I became a young faculty member I thought of Harvey as a role model, as someone who was there to support lots of other young people,” added Sirignano, now the Henry Samueli Endowed Chair in Engineering at the University of California-Irvine.

“For many generations of graduate students, Professor Lam was the consummate mentor, being a guardian of academic excellence at the same time as being a most extraordinarily empathetic teacher,” said Alexander Smits, the Eugene Higgins Professor of Mechanical and Aerospace Engineering, Emeritus. “He built the departmental ‘interview’ process into a major component of the general examination [to qualify for Ph.D. candidacy], spending hours one-on-one with students, patiently reviewing and teaching all aspects of the graduate curriculum, not only in his areas of specialization but in many other subjects where he had deep expertise.”

An emeritus professor since 1999, Lam continued for many years to serve on students’ general examination committees and as a reader for Ph.D. dissertations. Xiaolin Zheng, who received her Ph.D. in 2006, recalled how Lam caught her off guard during her general examination with a question about designing a natural gas pipeline. Zheng, now an associate professor at Stanford University, said that Lam showed her “the true meaning of education — to think deeper about why and how we’re learning things.”

Zheng also praised Lam’s 1964 textbook, “Principles of Fluid Mechanics,” which she recently recommended to one of her students as the best book on the topic. Princeton Associate Professor of Mechanical and Aerospace Engineering Luigi Martinelli said that he continues to use the book, along with Lam’s class notes and problem sets, when he teaches the undergraduate fluid dynamics course that Lam once taught. Lam co-authored the textbook with his brother-in-law, Wen-Hsiung Li, a civil engineering professor at Syracuse University who died in 2002.

Also in 1964, Lam published a paper in the AIAA Journal (of the American Institute of Aeronautics and Astronautics) titled “A general theory for the flow of weakly ionized gases,” addressing a key mathematical challenge in the field of plasma physics. In a 1983 “Citation Classic” commentary on the work, Lam wrote that he had learned about the subject after attending a summer workshop at the Princeton Plasma Physics Laboratory, highlighting the impact of the workshop “far beyond its intended audience.” Although he had been told it was too late to register for the workshop, Lam wrote, “I simply sneaked into the lectures.” Nearly 20 years after its publication, the paper was the third most cited in the AIAA Journal.

Lam pioneered a method known as computational singular perturbation for analyzing complex chemical reactions in fluid dynamics. “Harvey had the idea of introducing an algorithm that could replace a century-old analytical approach for the analysis of a class of mathematical models that govern physical processes, the various components of which evolve at vastly different time scales,” said Dimitris Goussis, who collaborated with Lam on the work as a Princeton staff researcher from 1986 to 1991. “His efforts came to a stunning success, and today this algorithm is employed in many scientific fields, including combustion, chemical kinetics, biology and pharmacokinetics,” added Goussis, now a professor at the National Technical University of Athens in Greece.

More recently, Lam became interested in the science of climate change and developing quantitative tools to inform global warming mitigation efforts. He reached out to Robert Socolow, now an emeritus professor of mechanical and aerospace engineering, and in 2007 they co-authored a paper, “Good enough tools for global warming policy making.” Socolow called the collaboration “deeply satisfying,” adding that Lam’s “appetite for learning and for asking hard questions stayed with him till the end.”

Professor Law, Lam’s colleague in combustion physics, said that Lam continued his research even during his last few months, telling Law that great ideas came to him while lying in a hospital bed. Lam was building on the work described in his last publication from 2017, in which he applied computational singular perturbation to “very complex chemical reactions involved in combustion,” said Law. He asked Law and other colleagues to keep pursuing these ideas in his absence.

Sau-Hai Lam was born in Macau on December 18, 1930, the youngest of nine siblings. He spent much of his childhood in Shanghai, where his neighbor was James Wei, Princeton’s Pomeroy and Betty Perry Smith Professor of Chemical Engineering, Emeritus. Wei noted that Lam was instrumental in recruiting him to Princeton to serve as dean of the School of Engineering and Applied Science, a position he held from 1991 to 2002. “It is a miracle that our childhood friendship lasted 80 years, and our lives and careers entwined so closely,” said Wei, who called Lam “my longest and closest friend.”

Lam received his undergraduate degree in aeronautical engineering from Rensselaer Polytechnic Institute in 1954, and did his graduate work at Princeton as a Daniel and Florence Guggenheim Jet Propulsion Fellow. After completing his Ph.D. in 1958, Lam became an assistant professor at Cornell, and returned to Princeton in 1960. He spent a sabbatical year at Stanford University as a National Science Foundation senior postdoctoral fellow during the 1966-67 academic year. He became a full professor at Princeton in 1968.

Lam chaired Princeton's engineering physics program from 1972 to 1980. From 1980 to 1981 he was associate dean of engineering in charge of academics, and from 1983 to 1989 he served as chair of the Department of Mechanical and Aerospace Engineering. He twice served as a member of the Faculty Advisory Committee on Appointments and Advancements, also known as the Committee of Three, which advises the president on faculty appointments and promotions. After his retirement in 1999, Lam taught three times as a visiting professor at Tsinghua University in Beijing, and also taught graduate fluid mechanics at Stanford University.

Lam and his family have supported the University through gifts to establish the Patsy and Harvey Lam *58 Family Scholarship Fund and the Harvey S.H. Lam *58 Endowed Fund in Mechanical and Aerospace Engineering. Each year on Class Day the department honors graduating seniors for outstanding academic achievement with the Sau-Hai Lam *58 Prize in Mechanical and Aerospace Engineering.

Beyond his academic endeavors and accomplishments, Lam loved his life as a Princetonian. He would often be found Sunday mornings with his friends playing tennis at the Princeton High School tennis courts or on the golf course at Springdale. At home he was devoted to practicing Chinese calligraphy daily, sculpting with clay, and teaching himself new programming techniques on his computer. In the springtime, he treated visitors to the azaleas in full bloom alongside the house. His favorite time of the year was the third week in April, when the trees in Princeton are ready to burst with life. He cherished being surrounded by his grandchildren.

Lam is survived by his wife of 59 years, Patsy; his three children, Nelson, Karen and Philip; and seven grandchildren, Alex, Jennifer “Jace,” Christopher, Jamie, Gordon, Casey and Linsey. His daughter, Karen, is a 1984 Princeton alumna; and his grandson, Alex, is a member of the Class of 2019.

View or share comments on a blog intended to honor Lam’s life and legacy.

A memorial service for Lam will be held at 2 p.m. on Saturday, Jan. 5, at the Princeton University Chapel, with a reception at Prospect House to follow.