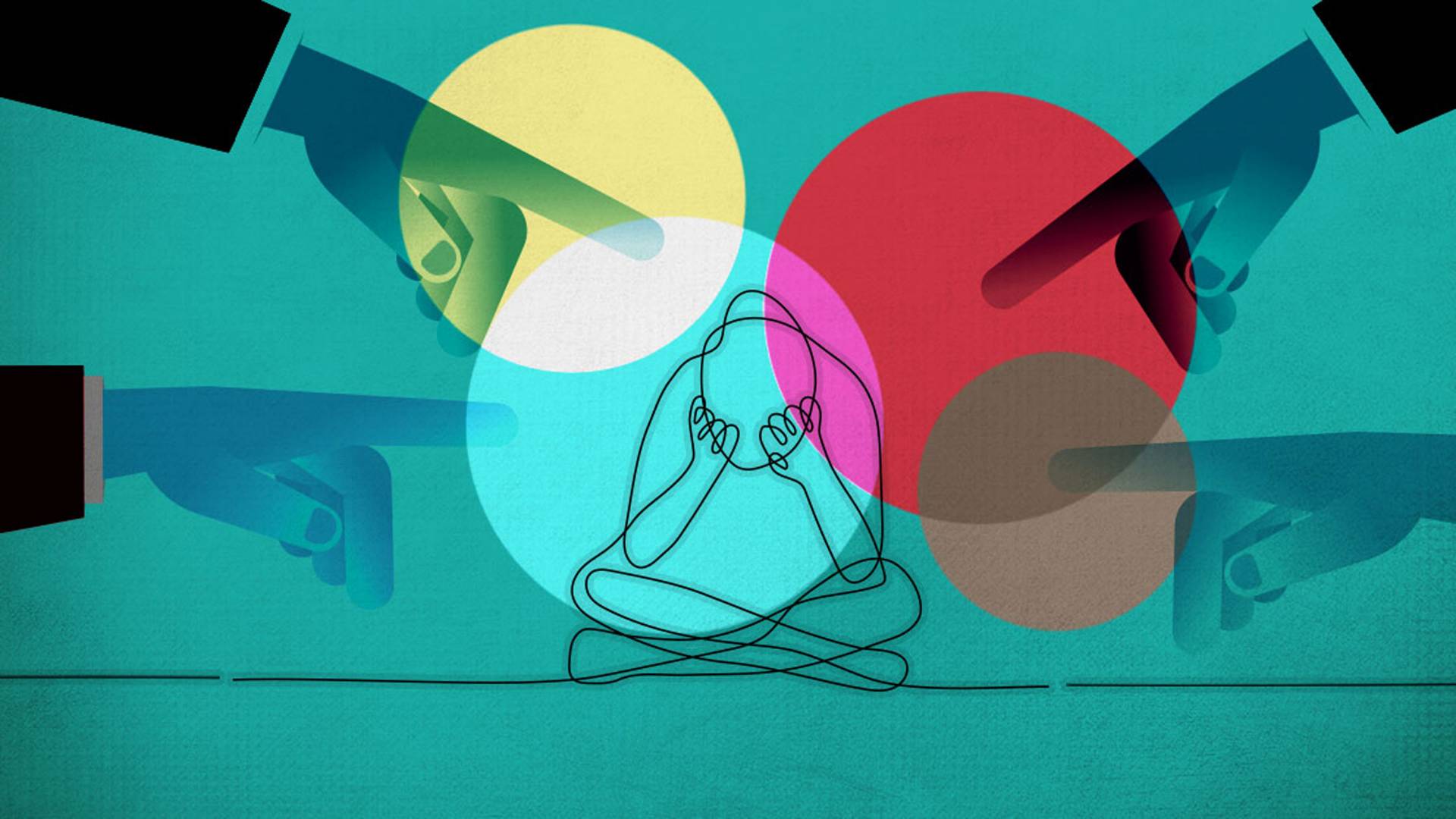 Studies have shown that black students are subjected to higher disciplinary rates than whites, resulting in a number of negative life outcomes, including involvement in the criminal justice system.

After pairing two different sets of data — one on racial bias and another on disciplinary reports in schools — the researchers show that black students experienced higher rates of suspension, expulsion, in-school arrests and law enforcement referrals than white students. This gap was larger in counties with more racial bias.

Their results were published April 2 in the Proceedings of the National Academy of Sciences.

“Our research joins a wealth of other findings suggesting that racial bias is contributing to disciplinary disparities,” said Stacey Sinclair, a co-lead author of the study and professor of psychology and public affairs at Princeton’s Woodrow Wilson School of Public and International Affairs. “In terms of a policy fix, it’s hard to say what that would be. Our particular research identifies a relationship between racial bias and disciplinary disparities, but does not specify the reasons for this relationship.” 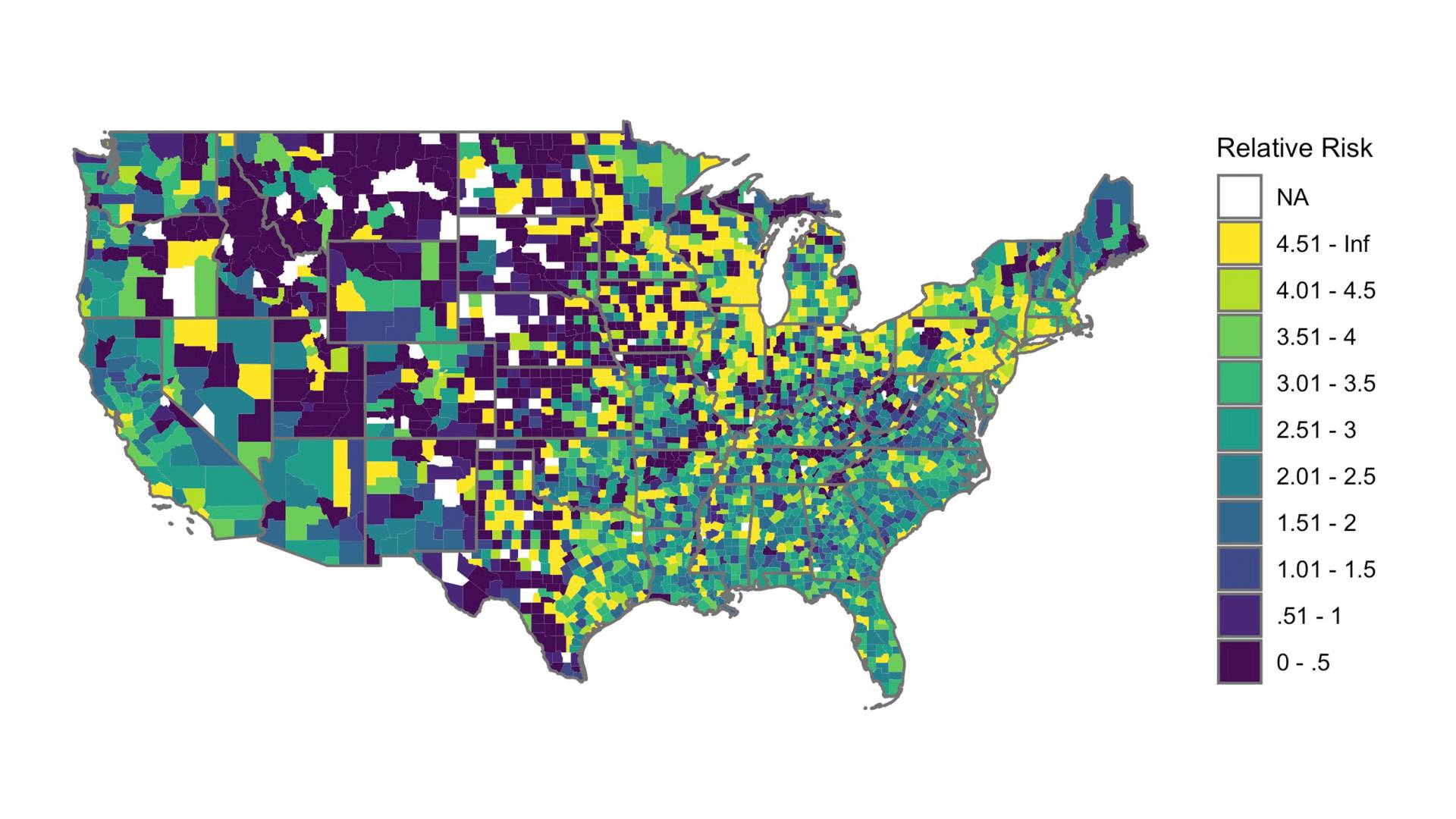 This map represents the “relative risk ratio” or percentage of black students who received out-of-school suspensions compared to white students.

Sinclair worked with Travis Riddle, a postdoctoral researcher in Princeton’s Department of Psychology, on the study. The pair combined data from the Department of Education and Project Implicit, a nonprofit organization that collects data about people’s biases.

The Department of Education conducts a survey every other year, collecting data on the rates of disciplinary actions broken down by race. Project Implicit collects information about racial bias from people using the internet, including the county where the survey respondent lives.

Using a statistical model, the researchers estimated the racial bias recorded by 1.6 million respondents who visited the Project Implicit website on a county-level basis, matching those responses with the Department of Education data. The researchers used data from 2015 to 2016, analyzing a little over 3,100 counties; there are currently around 3,200 counties in the United States.

“These disciplinary outcomes can be especially damaging to students. Studies have shown that in-school arrests, for example, have been associated with increased risk of engaging in anti-social behavior, and with dropping out of school,” Riddle said.

The researchers expected to see larger disciplinary disparities in the South, and while disparities existed in the South, they seemed more strongly pronounced in the Northeast, based on the counties they were able to evaluate, which didn’t include every U.S. county. Given the nature of the data, it is unclear why disparities might be concentrated in these areas.

To make sure these results were specific to racial biases, the researchers performed the same analysis using sexuality bias, which Project Implicit also collects. They found no meaningful correlation between higher rates of disciplinary action and sexuality bias.

The researchers highlight the correlational nature of the study, noting they are unable to identify a cause-and-effect relationship because of the data limitations.

The paper, “Racial disparities in school-based disciplinary actions are associated with county-level rates of racial bias,” was published April 2 in PNAS.