A fire broke out at Fine Hall on the Princeton campus around midnight Saturday and was quickly extinguished by the sprinkler system. The building is closed as crews clean up water damage.

The fire was contained to a classroom on the 12th floor. Sprinkler water runoff affected that floor and most of those below it. 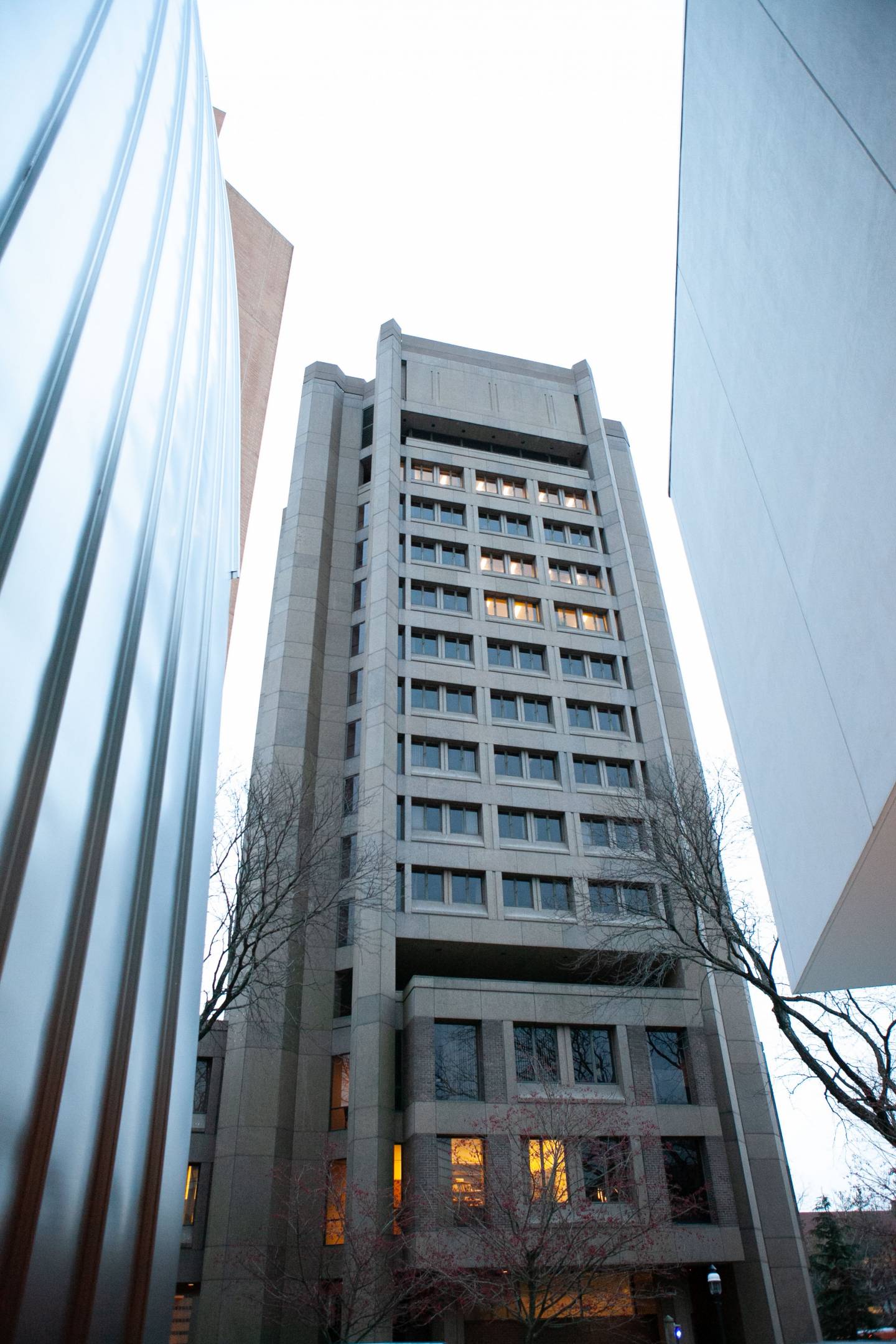 Fine Hall tower at Princeton University, which houses the Department of Mathematics.

Classes will not be held in the building Monday and Tuesday. University officials are working to move the classes to other locations. Affected students and faculty members will be notified by email.

The cause of the fire is under investigation.

A firefighter from the Princeton Fire Department needed medical assistance and was taken to a hospital and released. No one else was hurt.