Jameson Doig, professor of politics and public affairs, emeritus, who studied public systems and governance as a scholar and advised policymakers throughout his career, died Oct. 19 in Lebanon, New Hampshire. He was 86. 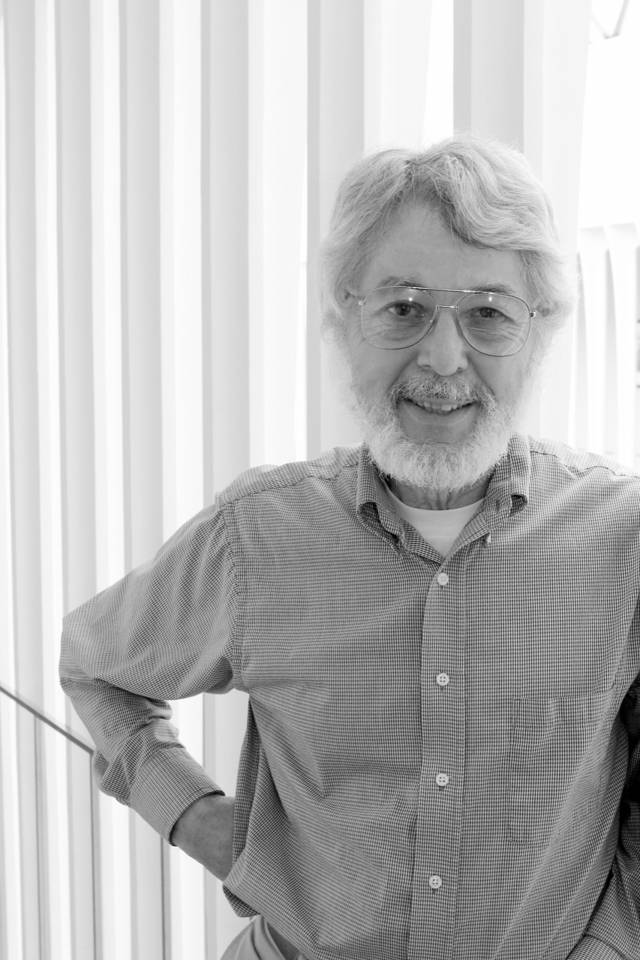 Doig earned a master’s in public affairs and a doctorate in politics at Princeton before joining the faculty in 1961. He transferred to emeritus status in 2004.

Doig’s research and writing focused primarily on transportation politics, and he was author or co-author of several books in the field, including “Metropolitan Transportation Politics and the New York Region,” “New York: The Politics of Urban Regional Development,” and “Empire on the Hudson: Entrepreneurial Vision and Political Power at the Port of New York Authority.”

“He was a person of great kindness, and a scholar of considerable breadth and accomplishment, whose expertise included federalism, constitutional law, and much of American and Canadian politics,” said Stephen Macedo, the Laurance S. Rockefeller Professor of Politics and the University Center for Human Values. “Jim was also an extremely dedicated teacher and mentor to students.”

“He was remembered by his colleagues as a genial and gracious man who was welcoming to newcomers in the department,” said Alan Patten, the Howard Harrison and Gabrielle Snyder Beck Professor of Politics and chair of the politics department. “He served as chair of the department and was admired for his fairness and good judgment.”

Doig was born June 12, 1933, in Oakland, California. He received a B.A. in philosophy from Dartmouth College in 1954 before joining the U.S. Navy, serving for three years as an officer.

Doig completed his M.P.A. at Princeton in 1958 and worked for the Brookings Institution as a research assistant beginning in 1959. After earning his Ph.D. in 1961, he was hired as an assistant professor of politics and the Woodrow Wilson School of Public and International Affairs and promoted to full professor in 1970.

Among the courses Doig taught were “Public Management, Administrative Behavior,” “Politics of Economic and Social Control,” and “American Politics.”

He was founding director of the Mamdouha S. Bobst Center for Peace and Justice in the politics department. For 15 years, he was parliamentarian of the University faculty, and he was a member of committees that created the programs in urban policy and planning and African American studies, as well as the joint degree program in law and public affairs between the Wilson School and Yale Law School.

Doig also was an expert on leadership in federal government, issues of water rights and pollution along the U.S.-Canadian border, and on problems of constitutional law in Canada. At Princeton, he helped found and was director of the Fund for Canadian Studies.

For his teaching, Doig received the Stanley Kelley Teaching Award from the Department of Politics and the Association of Princeton Graduate Alumni teaching award.

Doig’s students remember him for his excellence in scholarship, as well as his dedicated mentorship, which often extended beyond their graduation. As recently as 2018, he advised a Princeton senior remotely from his home in New Hampshire, Macedo said.

Andrew Hurwitz, Class of 1968, a judge for the U.S. Court of Appeals for the 9th Circuit, said Doig was “far and away the best thing about my Princeton education — and the same was true for many others.”

Hurwitz said the Wilson School’s policy conference on police, which he took with Doig in his junior year, was a transformative experience. He and other students in the course remained in close contact with Doig over the years.

“He taught us that research, intellectual rigor, discourse and a realistic plan for implementation were the foundations of public policy,” Hurwitz said. “And, he did so in his characteristic quiet and bemused fashion, so that the end of the process you were convinced — or fooled into thinking — that you had arrived at all of these foundational insights entirely on your own.”

“He was always available to comment on your work and regularly asked us to comment on his,” Hurwitz added. “More importantly, he continued, up until the week he died, a regular intellectual discourse with the world at large and his mentees in particular about the topics of the day.”

Debby Greenberg, Class of 1987, who was a student of Doig and worked as his research assistant, first encountered Doig in his class on “Politics of Economic and Social Control,” which she took as an introduction to public policy analysis prior to concentrating in the Wilson School.

“While I recall enjoying the classroom discussions of real-world issues and his gentle sense of humor, the sequel was the best ‘course’ I ever took — and continued for more than three decades,” she said. “He ‘co-taught’ that with his wife, Joan, who welcomed me graciously to their home for dinner and conversation, after a summer of research assistant work plus cat-sitting. Together they listened to my stories and dilemmas, helped me to gain understanding and perspective on the real-world issues I faced, and offered ever wise counsel and steadfast support to guide the choices along my professional and personal paths.”

During a visit to Doig’s home in New Hampshire last year, Greenberg said she learned he and his wife maintained connections with about two dozen former students. “I feel fortunate to have been among the very lucky ones to have known such a first-class, down-to-earth, light-hearted, generous-spirited, dedicated teacher and loyal friend,” she said. “I miss him, with a tear and a smile.”

Doig maintained a constant dialogue with the public authorities he studied, serving on numerous governmental advisory committees and working as a policy consultant at the state, regional and national levels.

Among the agencies and organizations he advised were the Federal Bureau of Investigation, the U.S. Department of Education, Crime Stoppers International, the Police Executive Research Forum, the Vera Institute of Justice and the New Jersey Department of Community Affairs.

In recent years, he was a commissioner of the Connecticut River Joint Commissions and a consultant to the New York City Department of Investigation.

After retiring from the Princeton faculty, Doig was named research professor in government at Dartmouth College, where he taught in the fields of comparative federalism and gender studies. He was a fellow of the Gender Research Institute at Dartmouth.

Rocio Cara Labrador, who plans to earn her M.P.A. at Princeton in 2021, said she likely would not be studying at the Wilson School had it not been for a chance encounter with Doig in the check-out line at the Dartmouth College library when she was a sophomore. He persuaded her that a degree in public policy would best position her to be of service to others.

“What started as a glance at each other’s books turned into a six-year conversation about politics, law, conflict, gender, religion, morality, civic duty, and how to lead a full and happy life,” she said. “We continued to debate things big and small until his passing, and I owe him a debt of gratitude for the many ways in which he challenged me to grow as an academic and as a person. I will miss his unwavering mentorship and friendship dearly.”

View or share comments on a blog intended to honor Doig’s life and legacy.