Robert Maxwell, professor of architecture emeritus who served as dean of the School of Architecture at Princeton from 1982-89, died on Jan. 2 in Aix-en-Provence, France. He was 97. 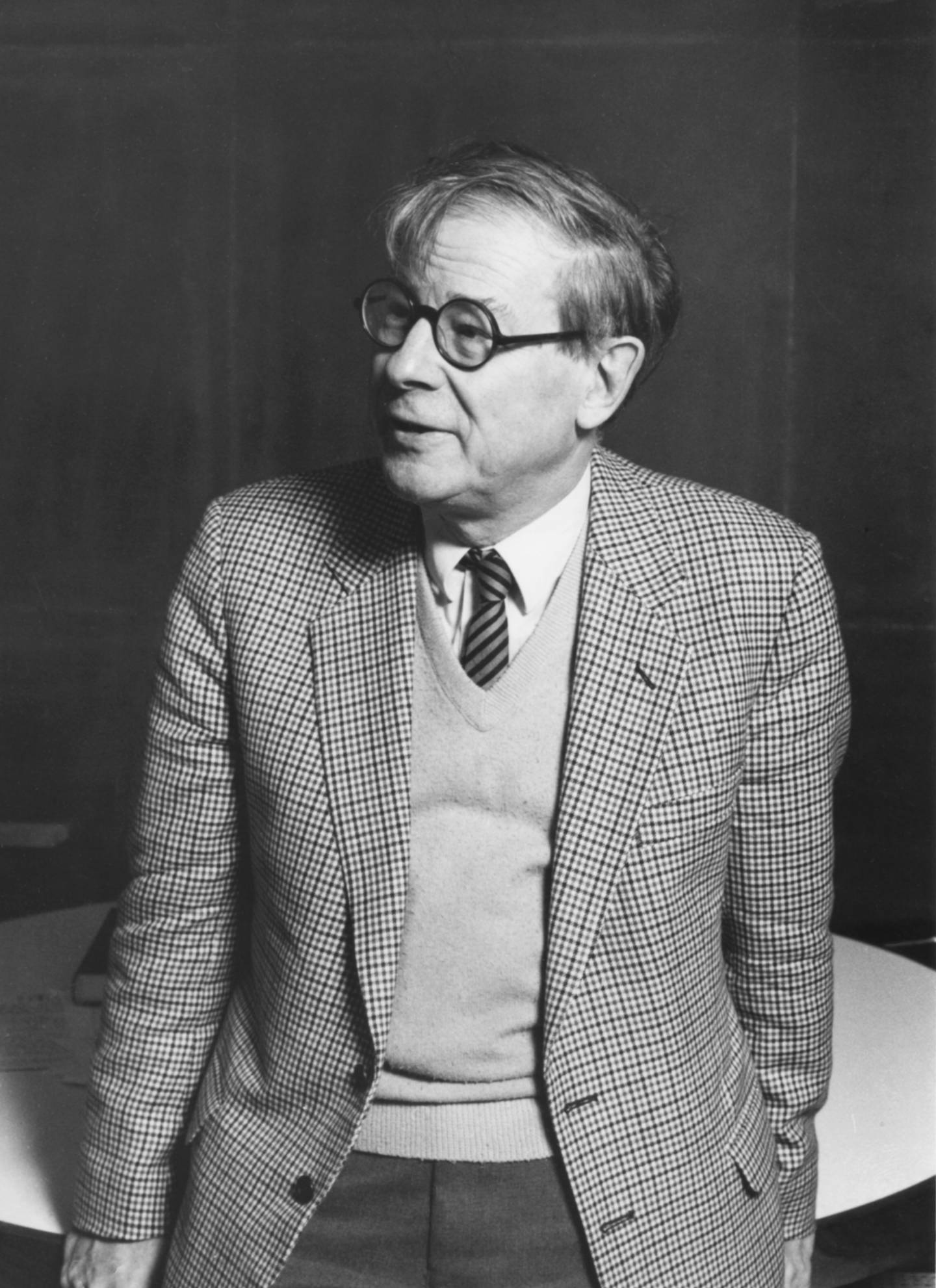 Maxwell, who transferred to emeritus status in 1993, was known for his critical writing linking modern architecture with related themes in contemporary art, literature and music.

"Dean Maxwell was a remarkable educator whose legacy is still felt in the field of architecture at large,” said Mónica Ponce de León, dean of the School of Architecture. “With an illustrious career that bridged across the Atlantic, from the Bartlett School at the University College London, to serving as dean at Princeton, and concluding his career at the Architectural Association in London, he infused American pedagogy with a fresh point of view."

Born on July 6, 1922, in Downpatrick, Northern Ireland, Maxwell first studied architecture at the University of Liverpool. His education was interrupted by World War II. Hoping to get to see the baroque churches of southern Germany, Maxwell was unexpectedly posted to India. While stationed at Roorkee in northern India in 1946, his “boss” was Alan Colquhoun, Adjutant of Depot Battalion in the U.S. Army — and an architect. In India, they forged a lifelong friendship and discovered a shared love of music. Maxwell said they often enjoyed listening to records, mostly of Mozart. He liked to recount that 35 years later, the tables were turned: Colquhoun joined Princeton’s faculty in 1981; a year later, Maxwell — the newly minted dean — became Colquhoun’s “boss.”

After the war, Maxwell returned to Liverpool, where he completed his bachelor’s in architecture, then his Diploma of Civic Design in 1949. Moving to London, he became an important member of the postwar generation of architects in Great Britain who established a renewed critical interest in the prewar European modernist tradition. He worked in the practices of Casson, Conder, and later Holford and Creed. In 1958 he took up private practice and joined the faculty at the Architectural Association. During a brief period at the London County Council, he designed an extension for the Royal Festival Hall. In 1962 he joined the practice of Douglas Stephen and Partners; he remained a partner there until 1990. Starting in 1962, he taught for 20 years as senior lecturer, reader and professor of architecture at the Bartlett School at University College London.

Before joining Princeton formally, Maxwell was a visiting studio critic at the architecture school four times in the late 1960s and early ’70s.

Anthony Vidler, a professor at Cooper Union in New York City and professor of architecture at Princeton from 1965-93, called Maxwell an exception among professional architects. “[He was] a polymath whose knowledge of literature, anthropology and the arts was primary for his own practice and teaching,” he said.

During Maxwell’s deanship at Princeton, Vidler said that Maxwell “established the school as a principal center of design research, history and theory.” His personal warmth and his love of the arts shaped his character in and out of the classroom: Vidler said he was a “friend to faculty and students alike, an accomplished watercolor painter, and celebrated for his exuberant after-dinner, impromptu piano recitals — ragtime, traditional jazz and music-hall songs were his specialty.”

Maxwell taught “Architecture as Cultural Expression,” “Case Studies in the 20th-century Avant-garde,” and “Introduction to the Built Environment,” among other courses at the graduate and undergraduate levels, and graduate studios. Many of his graduate students have gone on to pursue prestigious careers in the field in academia and architectural practice.

Stan Allen, a 1988 Princeton graduate alumnus, is the George Dutton '27 Professor of Architecture at Princeton who served as dean of the School of Architecture from 2002-12. Remembering one of Maxwell’s history seminars he took as a graduate student, Allen said Maxwell was “utterly charming and soft-spoken, with a wry sense of humor” who brought “a humanist perspective on architecture” at a time when the school was turning more toward theory.

After retiring, Maxwell returned to London, where he taught the history of modern architecture for 12 years at the Architectural Association. Allen gave a lecture there in 2000, which Maxwell attended. After dinner in a neighborhood in East London “still at that time a bit rough around the edges,” Allen noticed that Maxwell, then in his late 80s, had disappeared from the group. “A bit concerned, I asked my host, who replied that Bob always did that — he had just trundled off on his own and caught a bus home. A true Londoner, he carried the bus map in his head and had no problem navigating the streets of the city late at night — and in fact I think he must have liked to experience the city that way.”

Edward Mitchell, a 1989 graduate alumnus and director of the School of Architecture and Interior Design at the University of Cincinnati, said: “We always felt he was interested in us as young architects. He was kind, and he seemed to be entertained by almost everyone, which was refreshing and surprisingly unusual. His distracted manner was a ruse that masked that he was cagey as a fox and seemed to have everyone’s number.”

Adam Yarinsky, a 1987 graduate alumnus, was not a student of Maxwell’s but met with him regularly during his final thesis semester. “His warmth and good humor were essential supplements to my thesis adviser Alan Colquhoun’s intense — though never personal — criticism of my project at weekly desk crits. … Bob’s kindness nourished my spirit.”

Yarinsky and Stephen Cassell, a 1986 alumnus, became friends at Princeton and co-founded the firm Architecture Research Office in New York (where Kim Yao, a 1997 graduate alumnus, is a partner). ARO designed the addition and renovation of the School of Architecture building, completed in 2007. Yarinsky and Cassell returned to Princeton to co-teach the design studio at the graduate and undergraduate levels in 2003, 2007 and 2009.

Maxwell's publications include “New British Architecture” (Thames and Hudson, 1972) and numerous critical essays on architecture and the allied arts. In his retirement, Maxwell wrote prolifically, publishing several books, including a book of essays, "Sweet Disorder and the Carefully Careless: Theory and Criticism in Architecture" (Princeton Architectural Press, 1993), and an autobiography, “The Time of My Life in Architecture” (Artifice Books on Architecture, 2016). Just before he died, he was working on an appreciation of the French novelist Patrick Modiano.

He is survived by his wife, Celia Scott; and three children by his first wife Margaret (née Howell), Melinda, an oboist, Amanda and Robert, both architects, and five grandchildren.

View or share comments on a blog intended to honor Maxwell’s life and legacy.