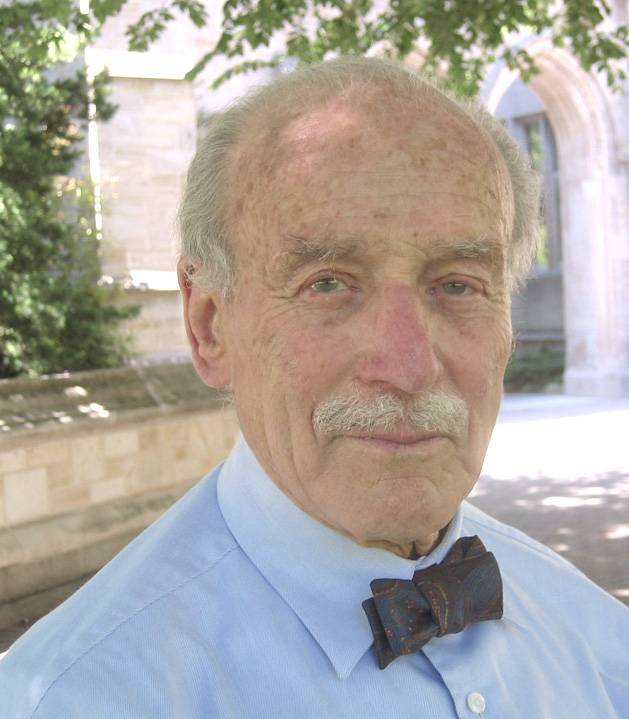 Photo courtesy of the Department of History

A scholar of Brazilian and Mexican history and 18th-century Spain, Stein served as the inaugural director of Princeton’s Program in Latin American Studies.

He wrote extensively on Latin American and Spanish economic and social history, and the legacies of colonialism and slavery. His book “Vassouras: A Brazilian Coffee County 1850-1890, The Roles of Planter and Slave in a Plantation Society” (1957) is a social and economic study of the origins, apogee and decline of coffee production in Brazil.

Stein published a series of monographs jointly with his wife, Barbara Hadley Stein, also a distinguished historian and Princeton University Library’s first bibliographer for Latin America, Spain and Portugal. Their collaborative work included “The Colonial Heritage of Latin America: Essays on Economic Dependence in Perspective” (1970); “Silver, Trade, and War: Spain and America in the Making of Early Modern Europe” (2000); “Apogee of Empire: Spain and New Spain in the Age of Charles III, 1759-1789” (2003); “Edge of Crisis: War and Trade in the Spanish Atlantic, 1789-1808” (2009); and “Crisis in the Atlantic Empire: Spain and New Spain 1808-1810” (2014).

Stein also is co-author with Roberto Cortés Conde of “Latin America, a Guide to Economic History, 1830-1930.”

Born June 8, 1920, in New York City, Stein served as a communications officer in the U.S. Navy during World War II.

He received a B.A. in comparative literature from City College of New York, and he earned a Ph.D. in history from Harvard University, where he was a research fellow for the Research Center for Entrepreneurial History.

In 2018, the Princeton University Library and the Program in Latin American Studies announced the acquisition of historical manuscripts about African slavery and the plantation economy in colonial and imperial Brazil in honor of the Steins and their innovative studies.

“They were lifelong collaborators,” Adelman said. “There is no Stanley Stein without Barbara Stein. She was, in many ways, as accomplished as he was as a scholar.”

Stein was chair of the committee responsible for the establishment of Princeton’s Program in Latin American Studies in 1967, which he led for nine years. In 1983, he was appointed to the Carpenter professorship as its first incumbent.

Stein also served as a visiting professor at Stanford University and Columbia University.

Robert Tignor, the Rosengarten Professor of Modern and Contemporary History, Emeritus, who co-taught the department’s introductory history course with Stein, as well as a graduate seminar on colonialism and decolonization, said Stein’s presentations to his classes were “exemplary.”

“He wrote them out in full and was somehow able to read them without seeming to read them,” Tignor said. “Even though we taught that graduate course over several years, he never repeated his lectures, always rewriting the material and interjecting new material.”

Tignor said Stein’s contribution of collected songs passed down from slave families in Brazil was “truly unique.” His later work with Barbara Hadley Stein also was significant, Tignor said. “After his retirement, he and his wife Barbara did what few retirees are able to do: They published a comprehensive, four-volume study of the Spanish empire in the Americas,” he said. “The achievement of the Steins is monumental.”

Rebecca Scott, a professor of history and professor of law at the University of Michigan, said as a graduate student of history at Princeton in the 1970s, she found the Steins to be "the ultimate exigent and inspiring dynamic duo."

"Mid-seminar, Stanley Stein would make offhand comments along the lines of 'Barbara and I were debating over breakfast this morning whether it is really Count Aranda or the Marquis of Esquilache who should be considered the most important reformer in Bourbon Spain,'" she recalled. "As our eyes widened at this image of an academic marriage, he would assign us another 500 pages of reading for the following week (in French, Spanish, or Portuguese), while sending us to the library in pursuit of the impossibly hard-to-find documents he had suggested we consult for our own proposed research. Barbara Stein, as bibliographer for Latin America, Spain and Portugal, would save us by digging out arcane journals, books and printed primary sources that she had somehow acquired for the Princeton library. What a rare privilege it was to be trained by these two!"

Stein was a three-time recipient of a Guggenheim Fellowship. He received the Bolton Prize and the Robertson Prize from the Conference on Latin American History of the American Historical Association.

A memorial service will be held at 10 a.m. April 18 at the Princeton University Chapel.

Donations in Stein’s memory can be made to Princeton University Library.

View or share comments on a blog intended to honor Stein’s life and legacy.