Thomas Roche Jr., the Murray Professor of English, Emeritus, and a foremost expert in epic and Renaissance poetry, died peacefully May 3 after a long illness in Beachwood, Ohio. He was 89. 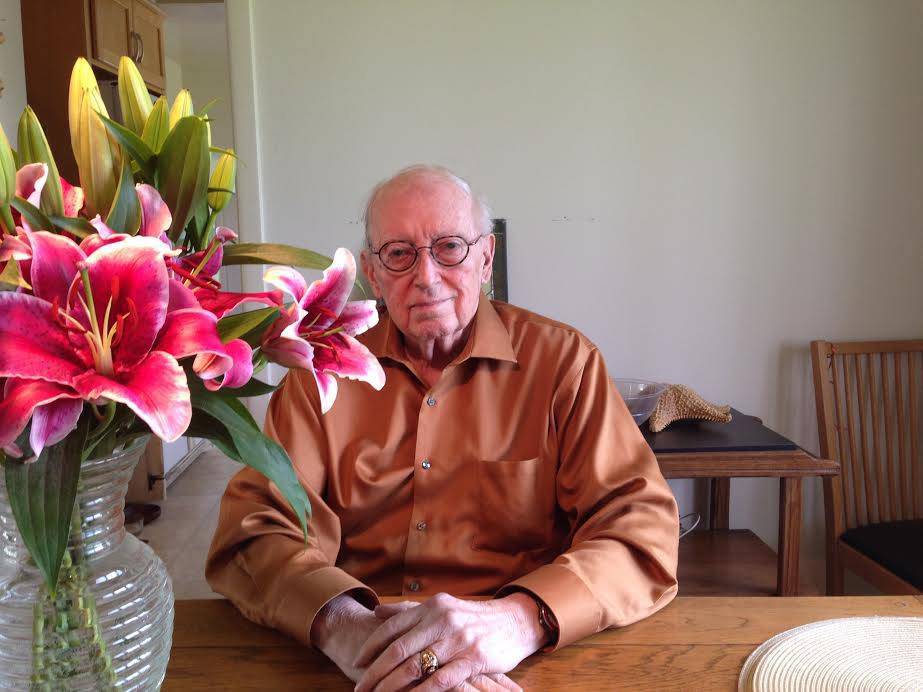 Born April 19, 1931, in New Haven, Connecticut, Roche received his bachelor's degree from Yale University in 1953 and his Ph.D. in English from Princeton in 1958. He started as a research associate and lecturer at the University in 1960 and joined the faculty in 1961. After transferring to emeritus status in 2003, he taught at Arizona State University, the University of Notre Dame and John Carroll University until his death.

In 1991, he received the University's Behrman Award for Distinguished Achievement in the Humanities. He also held an honorary M.A. degree from Oxford University and was the literary trustee of the F. Scott Fitzgerald estate, chosen by the family.

Simon Gikandi, the Robert Schirmer Professor of English and chair of the English department, said he has received many remembrances from Roche’s former colleagues that capture his significant contributions to the field, to the department and to his students.

“Tom was a droll and erudite citizen of the department for more than 30 years, a font of learning and one of our great undergraduate teachers,” Gikandi said. “He was a fine storyteller, and author of countless small, telling generosities to students and colleagues alike. His quick wit; his donnish, owlish mock-severity; and his shy smile are still missed in McCosh Hall.”

He wrote widely on Renaissance literature. Gikandi said one of Roche’s greatest works, “The Kindly Flame,” originally published in 1964, is “still among the most influential books about the poet's poet, Edmund Spenser.” Roche also wrote an annotated edition of Spenser's 'The Faerie Queene.”

In addition to Roche’s wit, Claudia Johnson, the Murray Professor of English Literature, said, “A quality less conspicuous but, for me now, more memorable, was his kindness, and this was something … that stole upon one quietly and without prompting or Wildean theatrics — small gifts, condolences, hushed chats, dinner invitations, which all showed him to be exceptionally thoughtful and generous.”

Sarah Anderson, a lecturer in English, recounted a moment when, newly arrived at Princeton, she was feeling challenged about how to teach “The Fairie Queene,” in particular the character Merlin’s appearance in Book III, and she went to Roche for advice.

“I explained my troubles — and Tom did not disagree with my insufficiencies, though gently. He would read to my seminar from Book III,” she said. “On the day and at the hour, Tom entered the classroom and claimed the students’ attention: he bowed slightly, and he did not so much shrug his cloak from his shoulders, as twirl it slightly, so it reposed perfectly upon a chair. As he read, Spenser’s Merlin gleamed before us. The ligature between all that Tom knew — of Spenser, epic, Neoplatonism, a medieval and a newer world — was simply in Tom’s voice.”

Jeff Nunokawa, professor of English, said Roche “held court in the windowless Hinds Library down in the basement of McCosh Hall, where in the words of Spenser, he ‘made a sunshine of the shady place’ with his stories about the ghosts of Princeton past, and the ghosts in English literature.”

Roche’s signature wit was evident when Nunokawa arrived at Princeton in fall 1998 and asked for advice before giving the first lecture of his teaching career. Roche said: "Jeff, I am going to give you the same advice that Willard Thorp [the Holmes Professor of Belles Lettres who taught at Princeton for 40 years] gave me when I was writing my first lecture. Don't use metal paperclips. They will rust and then the students will see how old your notes are."

Roche founded the Spenser Society and served as president as well as in other leadership positions in this international organization. He was co-editor of Spenser Studies, a Renaissance poetry journal. He also conducted research on the 14th-century Italian poet Petrarch. At the time of his death, he had finished his book on the iconography of the Muses throughout history, and was working on a history of the English department at Princeton.

Roche taught courses on topics ranging from Shakespeare to Spenser and the epic romance, and was adored by generations of students. Outside the classroom, he served as the University's macebearer in academic processions beginning in 1993 and participated in productions of campus drama groups, including Princeton Shakespeare Company.

Davis McCallum, a 1997 alumnus, an English concentrator who also earned a certificate in theater, is now the artistic director of the Hudson Valley Shakespeare Festival. A member of Princeton Shakespeare Company, he remembers Roche’s debut as an actor in the ensemble’s 1995 production of “Macbeth,” staged outdoors in East Pyne courtyard.

“TPR played King Duncan and the Porter,” McCallum said. “I remember that he showed up to the first rehearsal tremulously bearing a homemade plum pie, which immediately endeared him to the rest of the company forever. Here was this great lion of the English department, one of the most respected scholars of Renaissance literature in the country, courageously staking his significant dignity on an undergraduate production of the Scottish play.”

McCallum said: “Roche was a force of nature. I gratefully count myself one of many whose lives he transformed. In the end, what better can be said of someone who devoted nearly seven decades to teaching literature?”

Anne Margaret Daniel, a 1999 graduate alumna in English and a professor at the New School, said his graduate course "VATS" — on Virgil, Ariosto, Tasso and Spenser — was “characterized by anecdote and archaeology, elegance and engagement, poetry and personal connection, intense study and much happy laughter.”

She added: “‘The kindly flame’ is a just phrase for Tom Roche. He devoted a long and brilliant career to spreading that flame of knowledge, gladly learning and gladly teaching, both of equal importance to him always. In the classroom, no one ever did more turning darkness into light. And his kindness: that too is legendary, among the legions of scholars he helped, among students and actors and friends and acquaintances. If you are not generous with your spirit, knowledge, time, and help, do not be a teacher: Tom taught me that above all.”

Roche is survived by his husband, Robert “Bo” Smith, his partner of almost 20 years, during which time they co-taught at Arizona State University, the University of Notre Dame and John Carroll University; his youngest sister, Katherine Roche Bozelko, and her husband, Ronald Bozelko; three nieces; two grandnieces; and a grandnephew. He was predeceased by his younger sister Nancy Roche.

A memorial service will be planned at a future date.

View or share comments on a blog intended to honor Roche’s life and legacy.