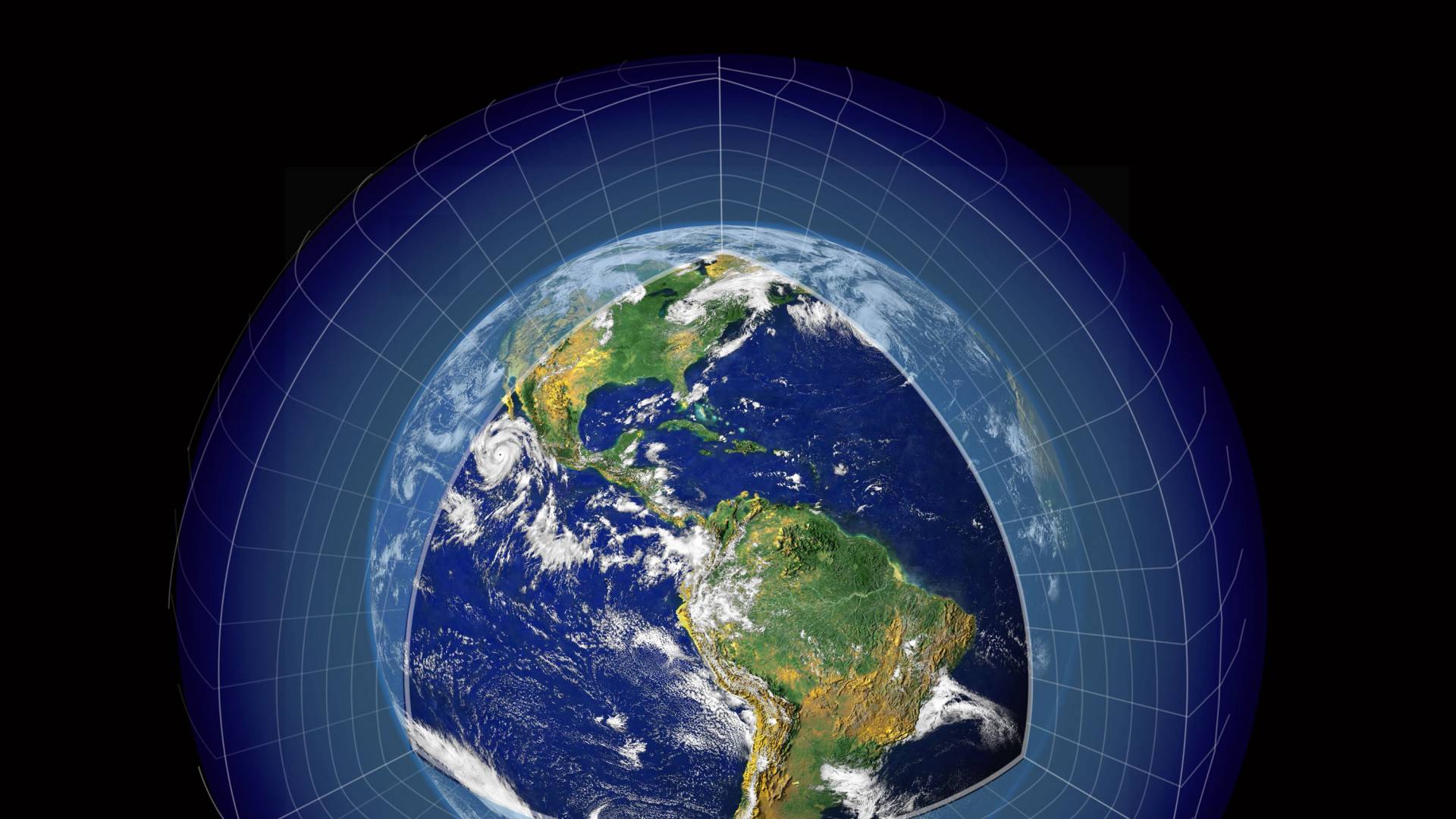 Princeton’s vital research across the spectrum of environmental issues is today and will continue to be pivotal to solving some of humanity’s toughest problems. Our impact is built on a long, deep, broad legacy of personal commitment, intellectual leadership, perseverance and innovation. This article is the first in a series to present the sweep of Princeton’s environmental excellence over the past half-century.

Imagine you could experimentally manipulate the climate of the whole planet. You could sprinkle rain clouds where you want them, add or remove greenhouse gases from the atmosphere, change the intensity of incoming sunlight, rearrange mountains or forests at will … the possibilities are endless.

That is the promise of climate models, sophisticated computer simulations running on the world’s fastest computers. These behemoth undertakings — with over a million lines of computer code that would fill thousands of pages of printed text — replicate as many aspects of the Earth’s systems as possible.

The effort is aimed at addressing one of humanity’s biggest challenges: climate change. Computer modeling, the beating heart of modern climate science, is fundamental to our understanding of human-induced global warming and is a singularly important tool cited by the Intergovernmental Panel on Climate Change (IPCC) in its climate change assessments. If international policymakers succeed in organizing to avert climate catastrophe, it will be largely due to the impact of these models — and the scientists who created them.

The birthplace of modern climate modeling 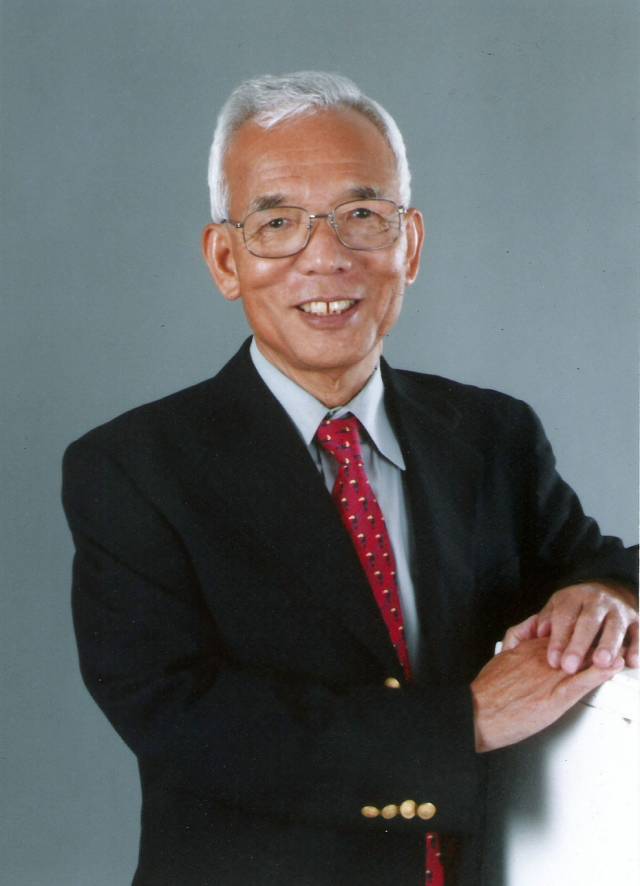 Photo courtesy of the Franklin Institute

Princeton’s history with climate modeling started more than half a century ago, with a remarkable partnership between the University and a national lab housed on Princeton’s Forrestal Campus. The Geophysical Fluid Dynamics Laboratory (GFDL) formed a collaboration with Princeton University in 1967 and moved to New Jersey in 1968 to take advantage of the University’s leadership in early computing and the proximity of the Institute for Advanced Study.

Princeton-GFDL luminary Syukuro “Suki” Manabe produced a series of studies that are widely attributed with launching the long-term study of global climate warming and quantitatively linking the warming of Earth’s climate with increasing carbon dioxide emissions. In particular, his 1967 model of the atmosphere, created with Richard Wetherald, is considered the first credible calculation of the Earth’s climate, and in 1969, Manabe partnered with groundbreaking oceanographer Kirk Bryan to create the first coupled ocean-atmosphere model. 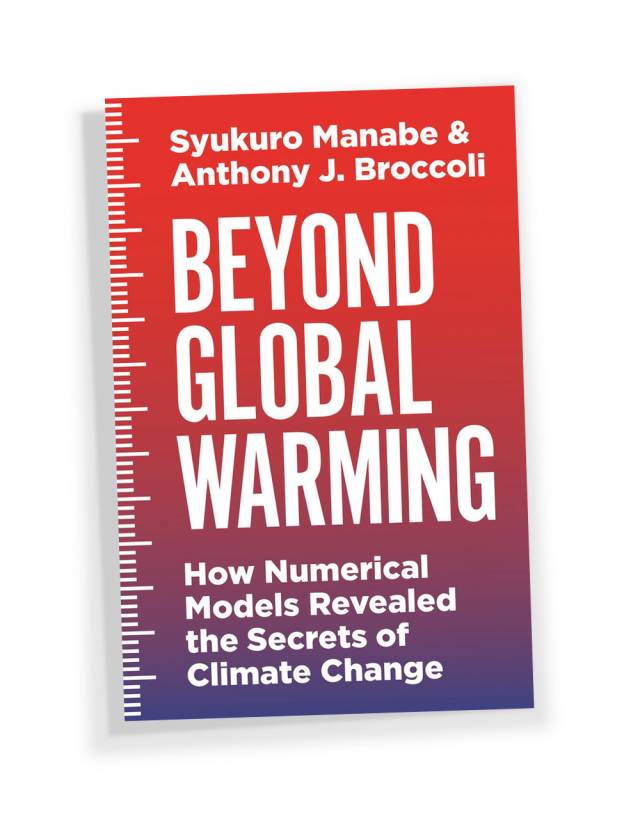 “It was really the beginning of the climate modeling effort worldwide,” said Princeton ecologist Stephen Pacala, the Frederick D. Petrie Professor in Ecology and Evolutionary Biology, who collaborates extensively with GFDL to this day.

Manabe’s recent book, “Beyond Global Warming: How Numerical Models Revealed the Secrets of Climate Change,” published by Princeton University Press this year, is co-authored with his former student Anthony Broccoli. In it, they explain the stakes behind Manabe’s pathbreaking career. “Unless dramatic reductions of greenhouse gases are achieved, global warming is likely to exert far-reaching impacts upon human society and the ecosystem of our planet during the remainder of this century and for many centuries to come,” they wrote. 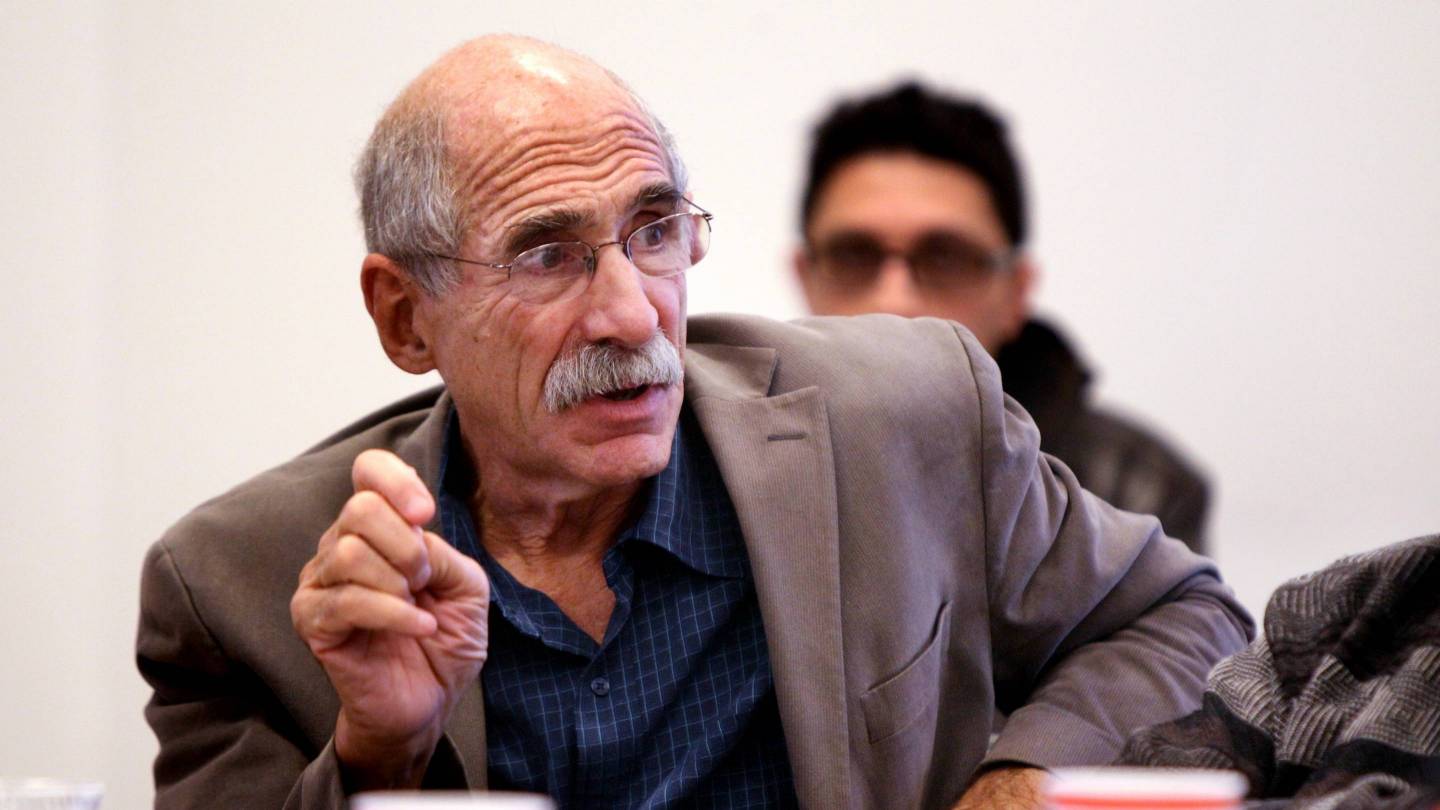 Manabe’s early understanding of the reality of global warming drove his pioneering work. “Suki Manabe is certainly one of the great heroes of the scientific world of climate change,” said Michael Oppenheimer — an active member of the IPCC, the director of Princeton’s Center for Policy Research on Energy and the Environment, and the Albert G. Milbank Professor of Geosciences and International Affairs.

Even before the IPCC was founded, Oppenheimer noted, Manabe’s work mobilized climate action. A 1979 climate summary by the National Academy of Sciences affirmed the robustness of the overall predictions of his model and a later model produced by NASA. Oppenheimer believes the academy’s endorsement activated the scientific community and spurred governments to markedly increase funding for climate change research.

“So you could easily say,” Oppenheimer said, “that the Princeton model, which preceded the NASA model by about 10 years or so, was the basic building block of everything that followed.” 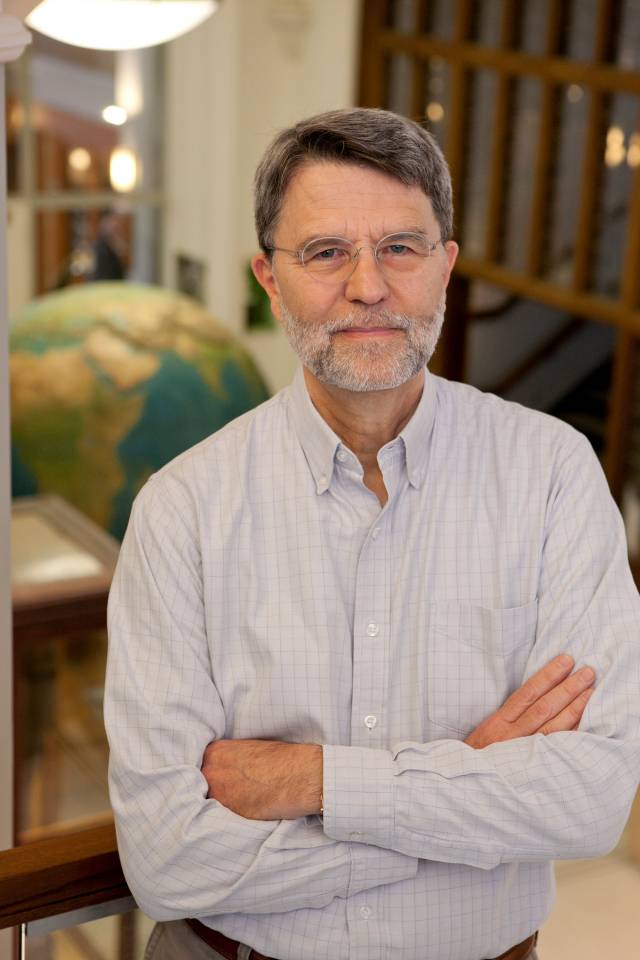 What followed at Princeton was 50 more years of modeling advances, research and teaching. In 1968, the University created the precursor to today’s Program in Atmospheric and Oceanic Sciences (AOS), a graduate and postdoctoral program dedicated to understanding key mechanisms driving global climate systems.

“Right from the very beginning, the program had an exceptionally collegial atmosphere, where students felt free to seek out advice from the entire staff and were exposed to a wide range of ideas,” said Bryan, who like Manabe was a founding member of the program’s faculty. “This fostered independent thinkers and contributed to the success of our graduate students after leaving Princeton.”

Undergraduates, graduate students and postdoctoral researchers all had the opportunity to learn from GFDL scientists and work directly with their supercomputers. Soon, there was a steady pipeline of young researchers from the University who worked “across the street” both before and after graduation. Others seeded new climate science programs at universities and institutions around the world.

“Princeton’s contributions to climate research and education can’t be measured — and they can’t be separated,” said longtime AOS Director Jorge Sarmiento, the George J. Magee Professor of Geoscience and Geological Engineering, Emeritus. “To speak of only one wouldn’t give justice to the enormous influence that this institution has had. They educated the whole world.” 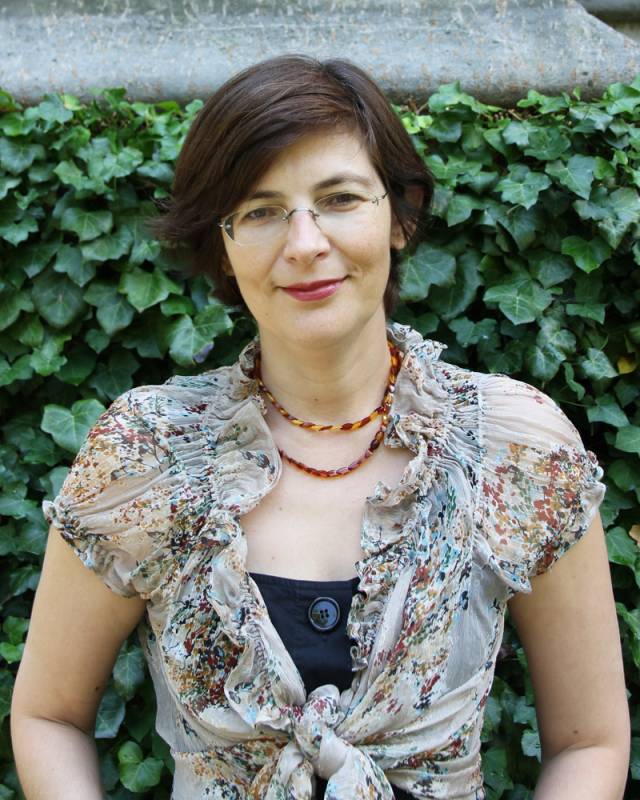 Over the years, scientists have factored ever more variables into their simulations. “Climate modeling is a continuing story of increasing complexity,” explained Tom Delworth, a senior scientist at GFDL and a lecturer in AOS. “You’re increasing the number of components you’re trying to model and, hopefully, getting better at representing the physical processes of each component.”

Here again, Princeton played a leading role. The strong connections between the University and the national lab meant that the models could be supported by Princeton’s broad and deep bench of environmental researchers studying the processes underlying the global climate, including Sarmiento, who incorporated biogeochemical processes like the global carbon cycle and nitrogen cycle; Laure Resplandy, who tied ocean physics, biogeochemistry and ecosystems to climate models; and Gabriel Vecchi, who transformed our understanding of tropical cyclones — hurricanes and typhoons — in the world’s oceans.

“As the model became more elaborate, you needed more expertise to develop and interpret it,” said Isaac Held, a senior meteorologist in AOS who was one of Manabe’s first graduate students and who has become a world-renowned climatologist in his own right. “The connection to the University made that possible.”

Pacala had a particularly significant role, said Elena Shevliakova, a GFDL scientist and a visiting research scholar at the Princeton Environmental Institute who was a postdoctoral fellow in Pacala’s lab. “Steve had this vision that we could represent plants not just as boxes of carbon, but capturing the growth and development and death of each tree," she said. "He pioneered a mathematical way to show how plants compete for light, and that laid the foundation for every ‘Earth system model’ used in every U.S. climate center.”

She added, “Steve brought life into those physical climate models, in a mathematically rigorous way.”

The Intergovernmental Panel on Climate Change

In the 20 years after Manabe’s first models sounded the alarm about carbon dioxide raising Earth’s temperature, enough climate scientists — at Princeton and elsewhere — sounded the alarm about human-caused climate change that governments around the world began to pay attention. In 1988, the United Nations called for a team of experts who could deliver to the world’s policymakers periodic assessments on the state of the science. The first report of the IPCC came out in 1990, and its conclusions leaned heavily on two climate models: the Princeton-GFDL model and the model generated by NASA. Reports have continued to come out every five years, and all of them have used Princeton-GFDL models and had Princeton authors or editors.

In 2007, the Nobel Peace Prize was awarded jointly to Al Gore and the IPCC. Eleven Princeton faculty members — including Held, Oppenheimer and Sarmiento — and many alumni contributed to the IPCC reports cited in the prize. 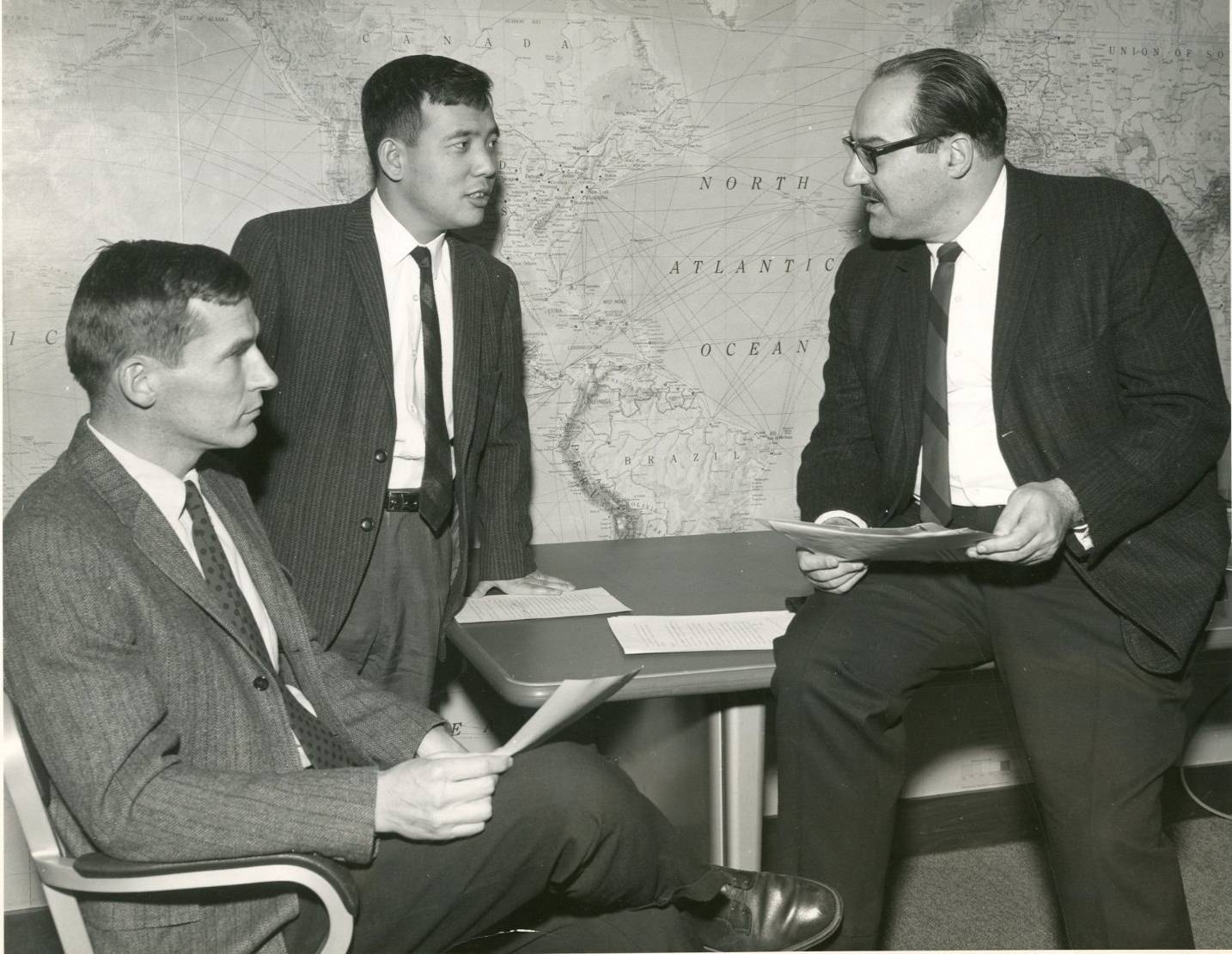 Building on the legacy

In the five decades since Manabe and Bryan’s first ocean-atmosphere model, climate scientists at Princeton and GFDL have continued to push the limits of increasingly powerful supercomputers, with the goal of simulating the global climate with enough specificity to produce local predictions, on timescales from hours to centuries.

“When you look at all the pieces, we have genuine excellence here,” said Vecchi, a professor of geosciences and PEI, who is one of the world’s foremost hurricane climatologists. 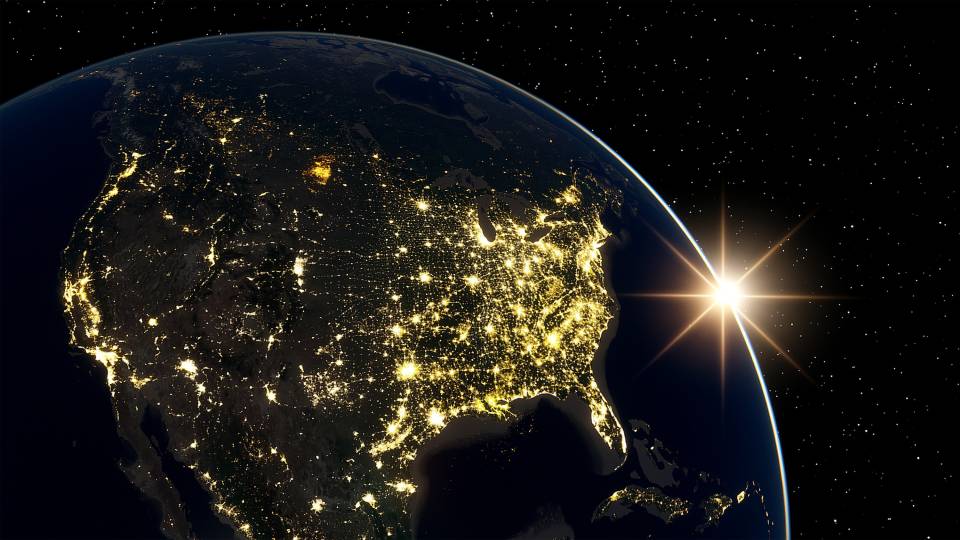 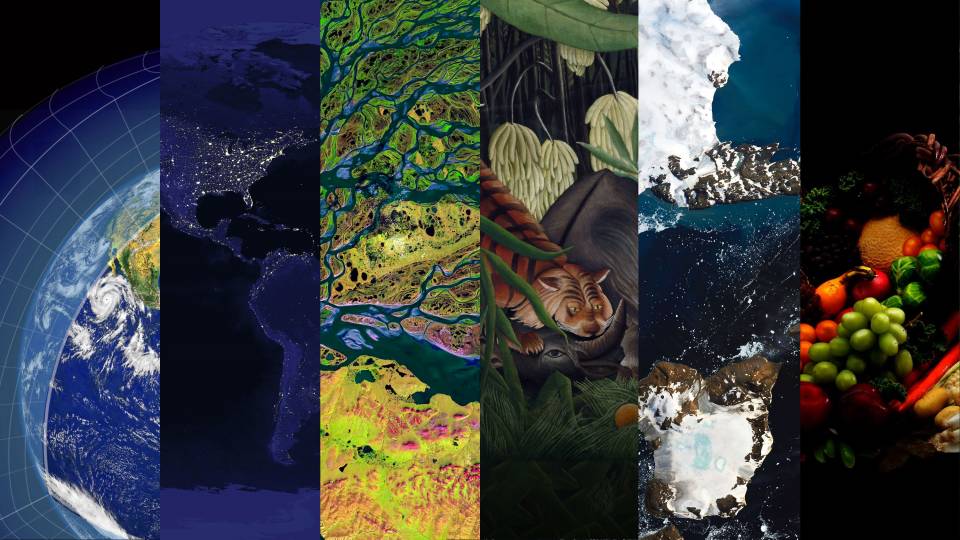 Environmental research at Princeton is addressing the world's challenges 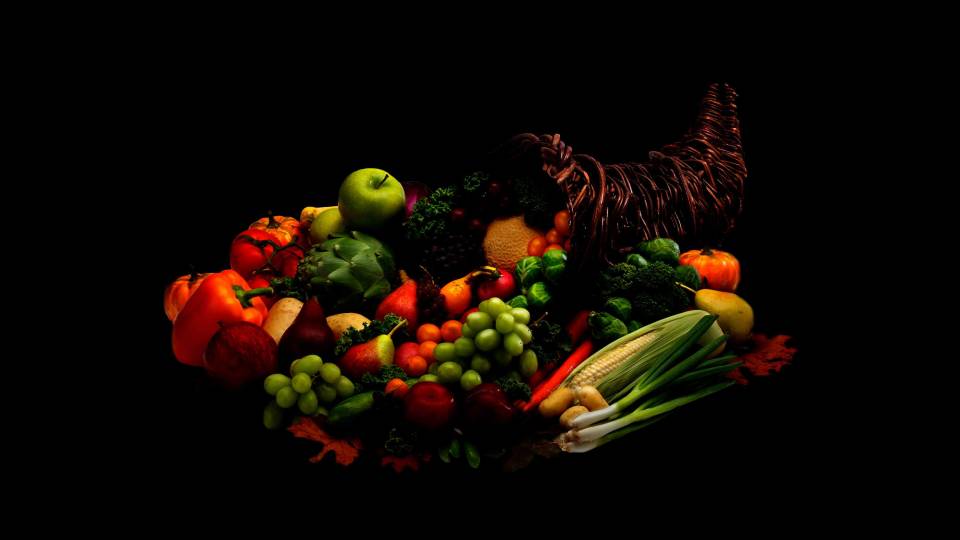 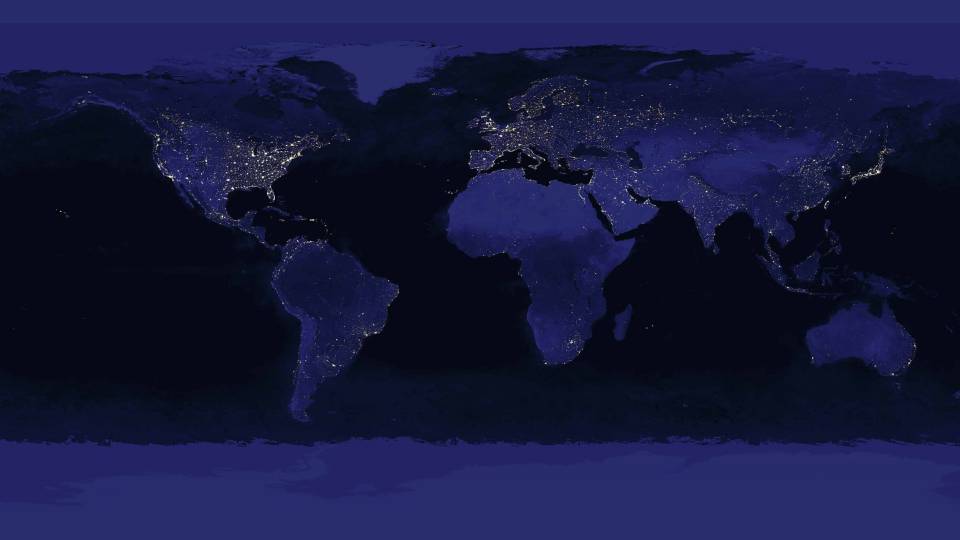 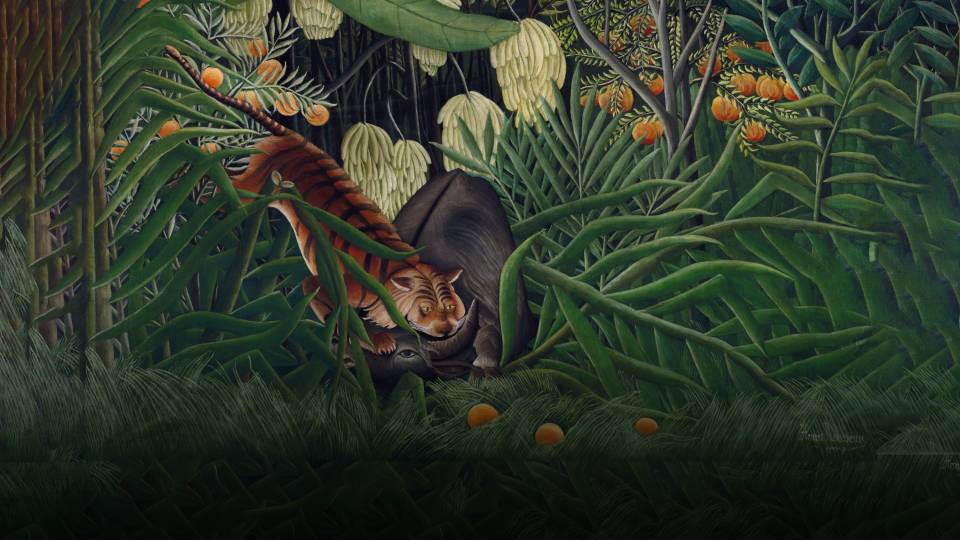 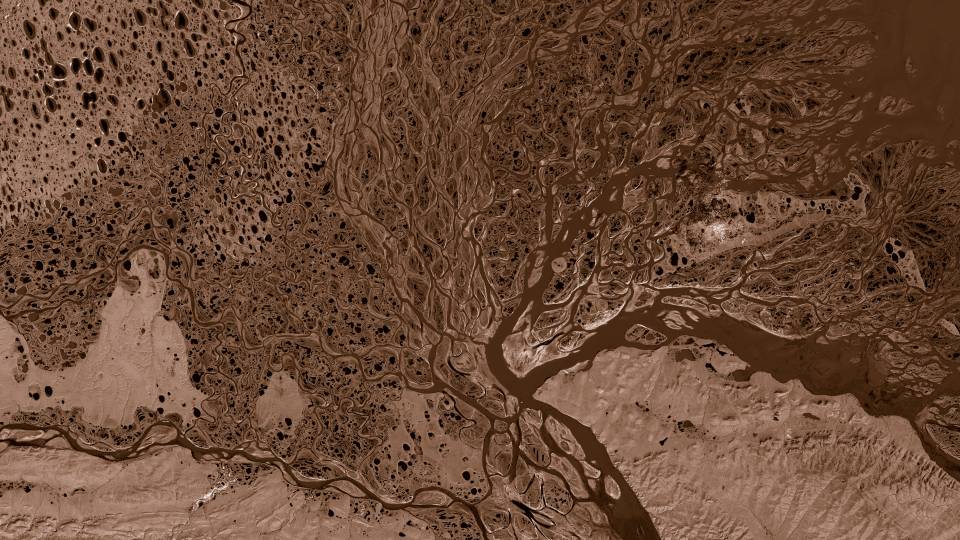