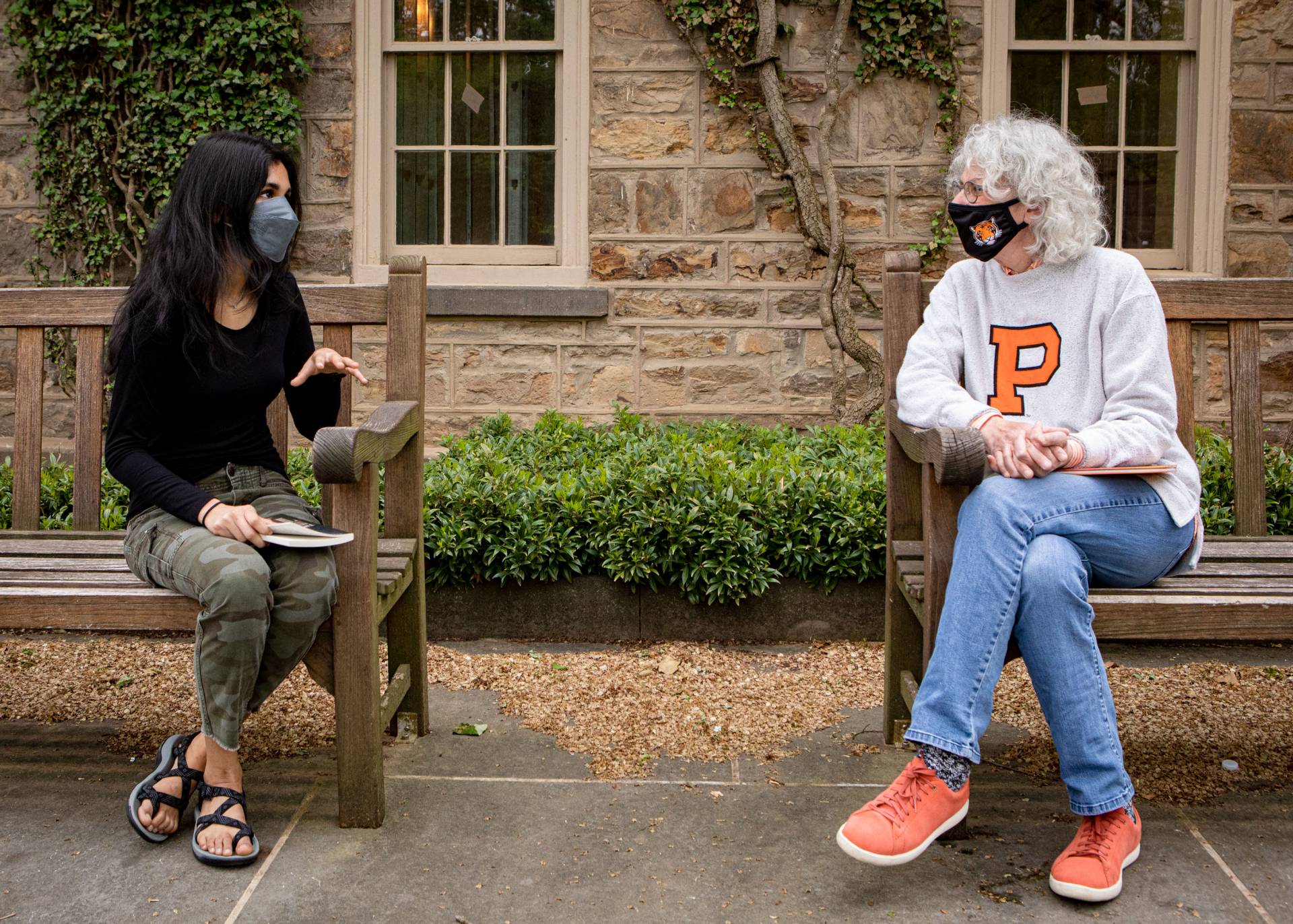 The spring 2021 course "Introduction to American Popular Culture, taught by Dean of the College Jill Dolan, asked students to think critically and creatively about the ways in which specific cultural artifacts affect the lives of individuals and communities. Pictured: Yaashree Himatsingka, a member of the Class of 2023 and an international student from Mumbai, India, chats with Dolan outside Morrison Hall.

This spring, 80 students — including international students from more than 30 countries from Albania to Zimbabwe, many in their first year at Princeton — focused both a historical and a critical lens on everything from novels and film to contemporary art and music in the new course “Introduction to American Popular Culture.”

The instructor: Jill Dolan, Dean of the College, the Annan Professor in English, and a professor of theater in the Lewis Center for the Arts.

“Given the sudden opportunity, I thought a course in American popular culture might be fun and interesting [particularly] for international students,” said Dolan. “One of the last courses I taught before becoming dean was in this field, so it’s relevant to my scholarship and my pedagogy.” 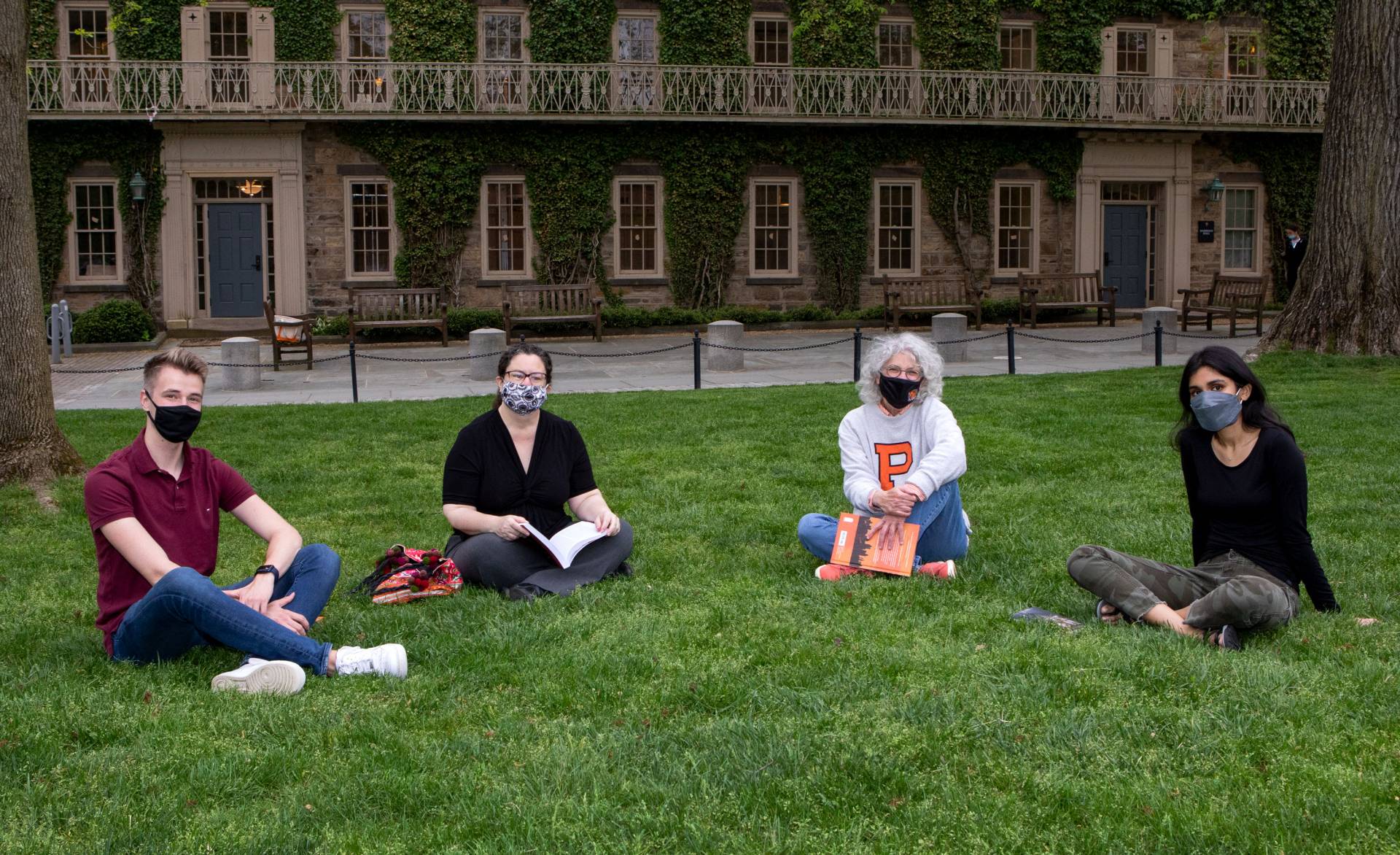 Creating this course was a “happy necessity,” according to Dolan. The class was one of a few hybrid options for international students who were required to enroll in at least one course with in-person components when Princeton allowed students to return to campus for the spring 2021 semester. Pictured: Antek Hasiura, a member of the Class of 2024 and an international student from Starowa Góra, Poland (left); Beth Stroud, head preceptor, a 2018 graduate alumna in religion and lecturer in American studies; Dolan; and Himatsingka enjoy a small group discussion outdoors.

Thinking critically about the ways popular culture shapes identity: Each week, course participants were asked to think critically and creatively about a few major themes in American popular culture and to interrogate the ways in which specific cultural artifacts affect the lives of individuals and communities. The class syllabus notes that popular culture is not monolithic, but that its various manifestations implicitly prompt consumers to form and reshape their identities across various vectors including nationality, race, ethnicity, class, gender and sexuality. 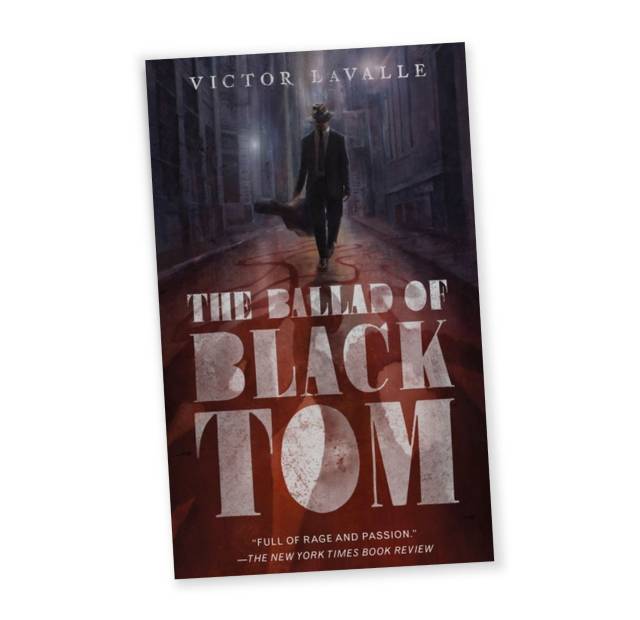 The course was centered around themes in American popular culture. The 2016 novella “The Ballad of Black Tom” was among the readings for a unit on horror.

In addition to academic texts such as the anthology “Keywords for American Cultural Studies,” students read the 2016 novella “The Ballad of Black Tom” for a unit on horror, watched the 2005 feature film “Brokeback Mountain” for a unit on gender and Westerns, and listened to the original cast recording of the blockbuster Broadway musical “Hamilton” for a unit on musical theater.

“I hoped, as a scholar and critic, that students would leave the course with newly honed interpretive skills with which to be able to consume popular culture at a deeper, more critical level,” Dolan said. “I hoped the course would provide historical and critical context for the representations they and other students consume, knowing that American popular culture is exported around the world, often outside the context of the U.S.-specific events and ideas that make it specifically meaningful.”

An academic ‘adventure’ with guest lectures from faculty across campus: Creating this course was a “happy necessity,” according to Dolan. The class was one of a few hybrid options for international students who were required to enroll in at least one course with in-person components when Princeton allowed students to return to campus for the spring 2021 semester.

Dolan enlisted Beth Stroud — a 2018 graduate alumna in religion and lecturer in American studies — as head preceptor, and recruited eight other preceptors from among colleagues in the Office of the Dean of the College.

The course, which Stroud calls a “kind of marvelous curricular adventure,” gave students the opportunity to learn from faculty members across academic disciplines — including American studies, African American studies, creative writing, English, history, religion, and theater, among others — whose guest lectures shed light on the many facets of American popular culture from multiple perspectives. 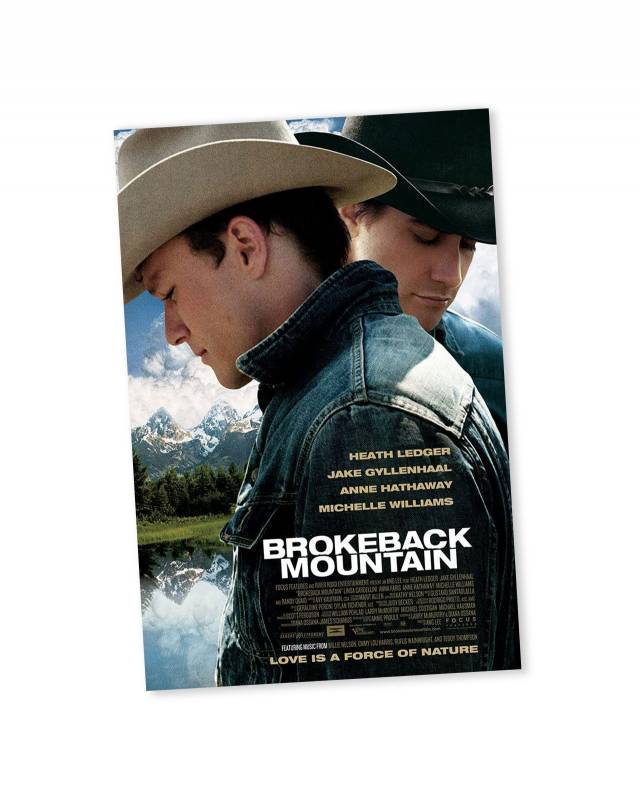 "I hoped, as a scholar and critic, that students would leave the course with newly honed interpretive skills with which to be able to consume popular culture at a deeper, more critical level," Dolan said. For a unit on gender and Westerns, students watched the 2005 feature film “Brokeback Mountain."

“It was a real pleasure to teach the class,” Dolan said. “Seeing students gather to hear so many wonderful guest faculty members was moving to me and made me proud of who we are and all the critical and historical perspectives we offer on our campus.”

Creating a ‘lab-like’ experience in person and online: The course took a hybrid approach, with a weekly virtual lecture, a precept meeting on Zoom or in one of the lecture halls on campus and a student-driven practicum.

Stroud said that the hybrid course was intentionally structured to give students a “lab-like” experience, with in-person rotating small groups that gave them an opportunity to meet and work with different classmates.

Toward the end of the semester, health and safety guidelines allowed the precepts to meet in person. Stroud noticed students connecting with each other in ordinary ways — chatting at the beginning of class or during breaks. “I didn’t realize how much I missed those little moments of connection that you can have with students — and that they can have with each other,” she said.

Dolan and Stroud are looking forward to the fall, and the resumption of fully in-person teaching. “I hope someday we can re-do the class as a typical, residential Princeton offering,” said Dolan. 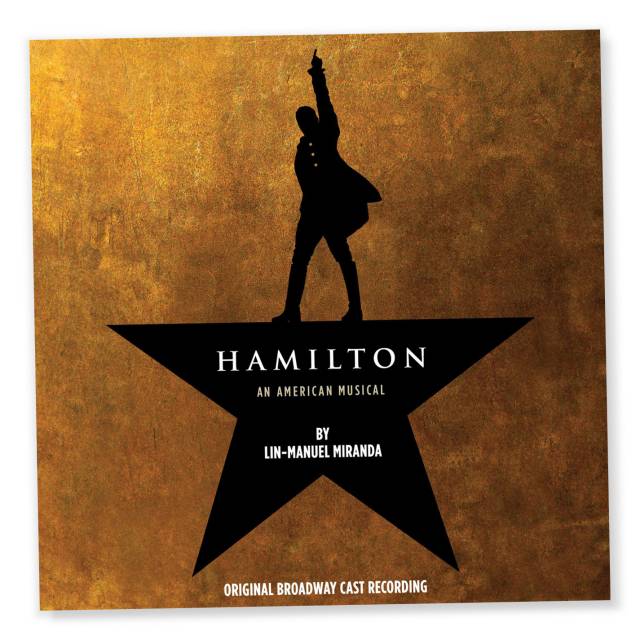 Assignments and discussions embraced a range of artistic genres. Students listened to the original cast recording of the blockbuster Broadway musical “Hamilton” for a unit on musical theater.

A deep-dive into Motown: One Friday afternoon in April, students enjoyed a guest lecture by Joshua Guild, associate professor of history and African American studies, who discussed the role of Motown in American culture.

Class participants tuned into the virtual discussion from various locations across campus; some arrived early to their in-person precept to watch from their lecture hall or classroom.

Guild opened with a short introduction to Motown — the genre and the record label, which was at one time the largest and most successful Black-owned company in the United States. “[Motown] was an unparalleled force in the 1960s and early 1970s, and has remarkable staying power in U.S. culture,” said Guild. “At the same time, the label also carries the heavy burden of nostalgia — it’s the music of ‘your grandparents' generation’ and the sound of the Clintons and the Obamas.”

As Motown became the soundtrack for young Americans, it became impossible for the music to exist separate from politics. Songs like “War” by Edwin Starr, “What’s Going On?” by Marvin Gaye and “Dancing in the Streets” by Martha and the Vandellas were provided as examples of songs that took on a life of their own, as they reflected the spirit of the civil rights marches that were happening all over the country.

“What about the role of music at protests in today’s era?” one student asked.

“Music has always played an integral role in protest,” said Guild, and highlighted the role of go-go music in Black Lives Matter protests in Washington, D.C. last year. He pointed out that music, in general, tends to be more fragmented now than it was in the 1960s, so protest music today commonly reflects local artists and songs.

And the legacy of Motown?

Not only did Motown provide a model of success for Black music executives such as American rapper Sean “P. Diddy” Combs and Andre Herrell, but the music itself is “widely sampled and lives on in the DNA of contemporary R&B, hip-hop and pop music,” said Guild. 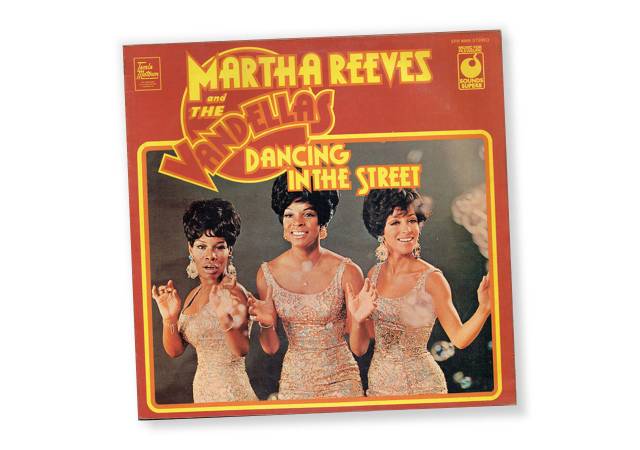 In one of several guest lectures by Princeton faculty from across academic disciplines, Joshua Guild, associate professor of history and African American studies, discussed the role of Motown in American culture.

In the precepts following the lecture, students listened to the songs in Guild’s presentation: hits from Gladys Knight and the Pips, the Four Tops, Tammi Terrell and Marvin Gaye, and the Supremes. While only few students seemed to know the songs by their titles or artists, the songs themselves were recognizable upon first listen.

The final project: Students were responsible for a final small group project at the end of the term, for which they could either create their own contribution to American popular culture or use what they had learned in class to interpret an existing text or artifact.

Projects spanned a range of genres and ideas — including a podcast about the representation of the American Dream in the films “Minari” and “The Great Gatsby”; an audio feature about drill, a style of trap music (a subgenre of rap) that originated in the South Side of Chicago; and a website examining the evolution of queer representation in American TV shows and movies.

Students say: As a first-year international student from Kikuyu, Kenya, Tevin Singei said he saw the course as an opportunity to learn more about the culture of the place he would call home for the next three years.

“The class discussions were phenomenal,” said Singei. “It was always riveting to listen to everyone’s disparate lived experiences: so similar yet so different. The precept discourse was something I always looked forward to.”

Taking a course taught by Dolan was also a draw. “While consulting one of my academic advisers on course selection, he casually highlighted ‘imagine being taught by the Dean [of the College] in your freshman year,’ and I knew I wanted to take this course.” Singei said.

For Yaashree Himatsingka, an international student from Mumbai, India, and a member of the Class of 2023, the highlight of the semester was working on the final project. Her group created a video podcast that analyzed Andy Warhol's artwork and posited "pop art" as being at the nexus of popular culture and "highbrow" fine art. “We got really into it,” she said. “Our final discussion went on for over an hour — at which point we had to stop but we still had so much to talk about. It was great fun!”

Himatsingka, who took the class in part to fulfill her visa requirement as a returning international student, said she found the course content meaningful and timely.

“Though we explored key ideas through novels and films and songs, it was also about us and our lives and how we engage with the world,” Himatsingka said. “It just felt really relevant.”