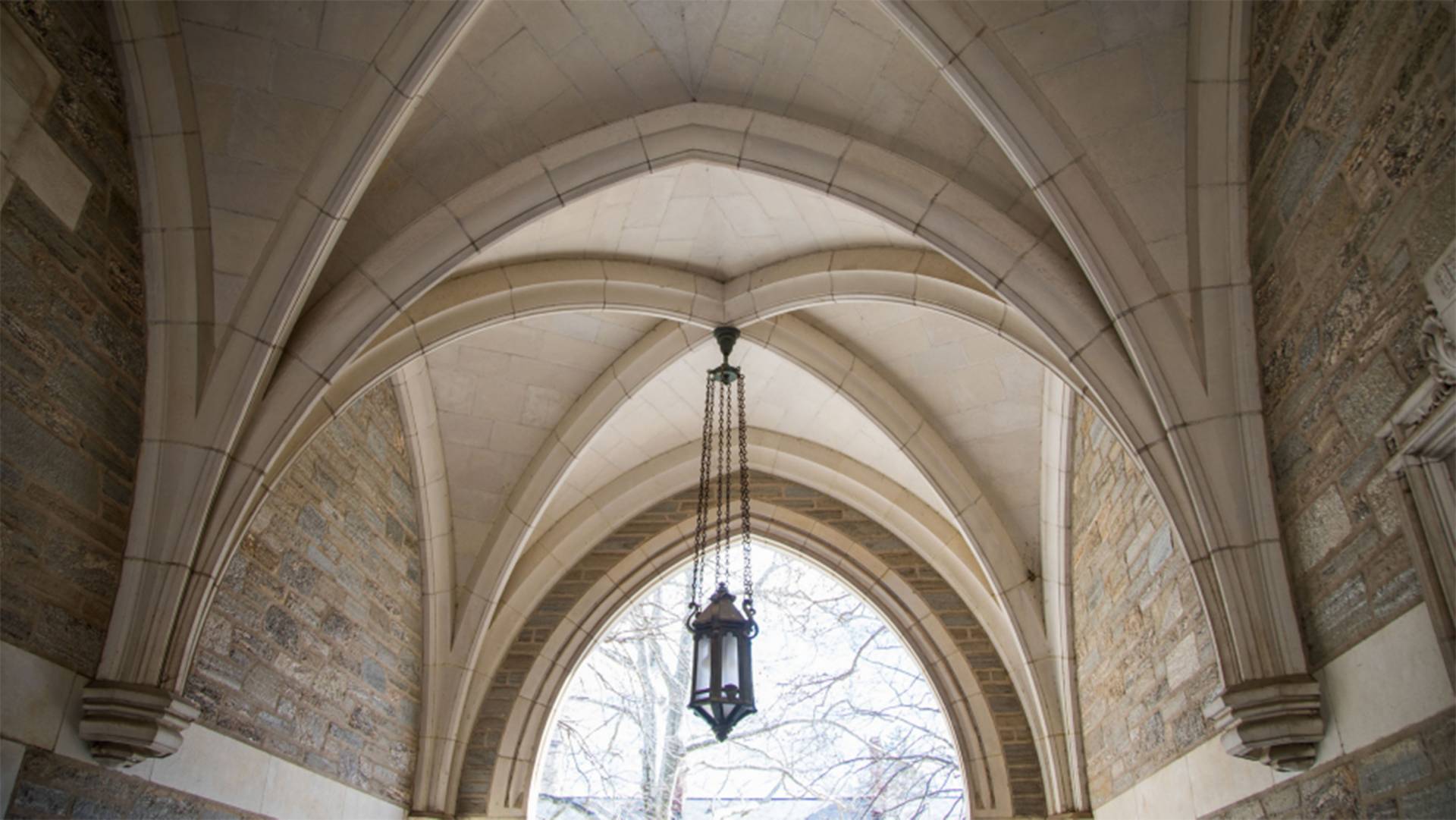 Twelve scholars spanning engineering and the sciences, social sciences and humanities have been named Presidential Postdoctoral Research Fellows at Princeton. The program aims to enhance diversity in academia.

“Early-career scholars have an opportunity to strengthen the foundation of their academic careers in the Presidential Postdoctoral Research Fellows Program,” said Dean of the Faculty Gene Jarrett. “The program demonstrates the remarkable commitment made by the University and, particularly, sponsoring departments to advancing the scholarly research and elevating the academic profile of our promising postdoctoral fellows.”

The program is intended to recognize and support scholars who can contribute to the University’s diversity, broadly defined, including groups that have been historically and are presently underrepresented in the academy or in certain disciplines.

The program is overseen by the Office of the Dean of the Faculty, with the enthusiastic and generous support of the President and Provost. The Faculty Advisory Committee on Diversity reviewed the nominations and selected the awardees. Financial support is provided for two years at full salary, with the possibility of renewal within guidelines.

The program is co-directed by Princeton faculty Mala Murthy, Rodney Priestley and Howard Stone. In addition to the co-directors, Renita Miller, associate dean for access, diversity and inclusion at the Graduate School, joins the program this year, focusing her efforts on curricular development and community building.

“The Presidential Postdoc program is critical to Princeton’s mission to increase diversity in academia — it has been a pleasure to serve as an adviser for this special program,” said Mala Murthy, professor of neuroscience. “The group of postdocs is incredibly talented and I look forward to meeting the newest cohort.”

“The range of intellectual ideas, and the depth to which they are explored, make Princeton a vibrant and exciting community,” said Howard Stone, the Donald R. Dixon ’69 and Elizabeth W. Dixon Professor of Mechanical and Aerospace Engineering and department chair. “The Presidential Postdoc program reflects the magnificent scholarship at Princeton, and the scholars bring new and exciting ideas into our community. Every interaction is stimulating and enjoyable. I look forward to welcoming the new scholars this year and to watching the postdocs in the program take their next steps forward in the academy.”

The 2021 Presidential Postdoctoral Research Fellows are listed below.

Aala Abdelgadir joins the Department of Politics, with a focus on the legacy of initial government responses to newly arrived Muslim immigrants to Europe, and the extent to which early policies governing the settlement of immigrants determined Muslims’ opportunities to become incorporated into the host society and thereby shaped their socioeconomic outcomes. Abdelgadir holds a Ph.D. in political science from Stanford University and a B.A. from Yale University. She is advised by Rafaela Dancygier, professor of politics and international affairs and director of the Mamdouha S. Bobst Center for Peace and Justice.

Chelsey Carter joins the Department of Anthropology. Her research takes an interdisciplinary lens to explore the ways structural inequities constrain the lives of Black people in the United States. Methodologically and theoretically, she draws on cultural anthropology (particularly Black feminist anthropology and medical anthropology); Black studies; women, gender, sexuality and queer studies; public health; and medicine to explore the contours of Black people’s experiences with neurodegenerative diseases (such as ALS) and the consequences of anti-Black racism. Carter is interested in how the everyday experiences of Black patients, those often deemed inconsequential to doctors, may help us understand Black people’s relationships to their own subjectivities, space, survival, community and care. Carter holds a Ph.D. in sociocultural anthropology and a master of public health from Washington University in St. Louis. She received a B.A. from Emory University. She is advised by Laurence Ralph, professor of anthropology.

Esteban Cisneros-Garibay will join the Department of Mechanical and Aerospace Engineering on Nov. 1. His research focuses on simulation-oriented prediction for efficient combustion-system design, state-of-the-art reactive flow simulation via reduced chemistry, and uncertainty quantification to guide sub-grid moment methods. Cisneros-Garibay is currently completing his Ph.D. in theoretical and applied mathematics at the University of Illinois at Urbana-Champaign and received an M.S. in aerospace engineering at the University of Texas at Arlington and a B.S. in mechatronics engineering at Universidad Panamericana in Mexico City, Mexico. Cisneros-Garibay will be advised by Michael Mueller, associate professor of mechanical and aerospace engineering.

Ashley Fidler joins the Department of Chemistry, advised by Marissa Weichman, assistant professor of chemistry. Fidler holds a Ph.D. in chemistry from the University of California-Berkeley, an M.Phil. in chemical engineering and biotechnology from the University of Cambridge, and a B.S. in chemistry and biology from The College of William and Mary. Fidler is interested in applying tailored spectroscopic techniques to answer fundamental scientific questions with far-reaching implications. In the Weichman lab, she will utilize her previous experience developing novel spectroscopic techniques for the study of ultrafast electronic dynamics in the Leone and Neumark Groups at UC-Berkeley/LBNL to design and execute experiments controlling benchmark, condensed-phase chemical reactions via strong light-matter coupling in optical microcavities.

Jahmour Givans joins the Department of Astrophysical Sciences, where he will focus on cosmology theory and use observations of the universe to measure the masses of tiny neutrino particles. Givans holds a Ph.D. in physics from The Ohio State University and a B.S. in astrophysics from Brown University. He is advised by Jo Dunkley, professor of physics and astrophysical sciences.

Philip McHarris joins the Department of African American Studies and the Ida B. Wells Just Data Lab. His main areas of research include racial inequality, housing and policing. His current research focuses on the experiences of residents of a high-rise public housing development in Brooklyn, New York, as they navigate concerns surrounding safety, policing, building conditions and cycles of poverty. McHarris holds a Ph.D. in sociology and African American studies from Yale University and a B.A. in sociology from Boston College. He is advised by Ruha Benjamin, professor of African American Studies and the founding director of the Ida B. Wells Just Data Lab.

Elise Mitchell joins the Department of History. She holds a Ph.D. in history from New York University and a B.A. in history from the University of Pennsylvania. Her work examines the social and cultural histories of enslaved Africans and their descendants, focusing on the history of the body, gender, public health and medicine in the early modern Caribbean and Atlantic World before 1800. Mitchell is working on a book manuscript about enslaved Africans' social, political and therapeutic responses to smallpox epidemics and how they endured and contested European public health and medical interventions in the Caribbean region. She is also developing a digital history project based on her research database of over 300 smallpox outbreaks, which occurred among enslaved people on Spanish, Portuguese, French and British ships, and Caribbean islands and coastal territories, between roughly 1518 and 1806. Mitchell is advised by Keith Wailoo, the Henry Putnam University Professor of History and Public Affairs.

Angie Ocampo joins the Department of Sociology. She is an interdisciplinary scholar studying race relations, immigration and how these are shaped by politics. Her research and teaching interests center on innovative ways to study multiple actors in the racial hierarchy, specifically the multifaceted nature of the Latino population. Ocampo holds a Ph.D. in sociology from the University of Pennsylvania and a B.A. from Brown University in sociology and ethnic studies. She is advised by Filiz Garip, professor of sociology and public affairs.

Diego Reinero joins the Department of Psychology, where his interdisciplinary research investigates how people's moral and political views change through conversations and social networks, and why such changes can be so difficult. Reinero holds a Ph.D. in social psychology from New York University and a B.S. in psychology and business from Skidmore College. He is advised by Alin Coman, associate professor of psychology and public affairs.

Tommy Rock joins the Department of Geosciences, where he will initiate a program to expand the identification, monitoring and communication of environmental hazards related to legacy uranium mining, and ongoing oil and gas exploration, in the Navajo Nation. Rock holds a Ph.D. in Earth science and environmental sustainability and an M.A. in sustainable community from Northern Arizona University, and a B.A. in interdisciplinary studies from Arizona State University. He is advised by John Higgins, associate professor of geosciences; Mark Zondlo, professor of civil and environmental engineering; and Eduardo Cadava, the Philip Mayhew Professor of English.

Lucia Stein-Montalvo joins the Department of Civil and Environmental Engineering where she will apply her mechanics expertise to adaptive architectural design, aimed at reducing energy needs and improving ventilation in urban landscapes. Stein-Montalvo holds a Ph.D. in mechanical engineering from Boston University and a B.S. in mathematics from Davidson College. She is advised by Sigrid Adriaenssens, associate professor of civil and environmental engineering, and Elie Bou-Zeid, professor of civil and environmental engineering.