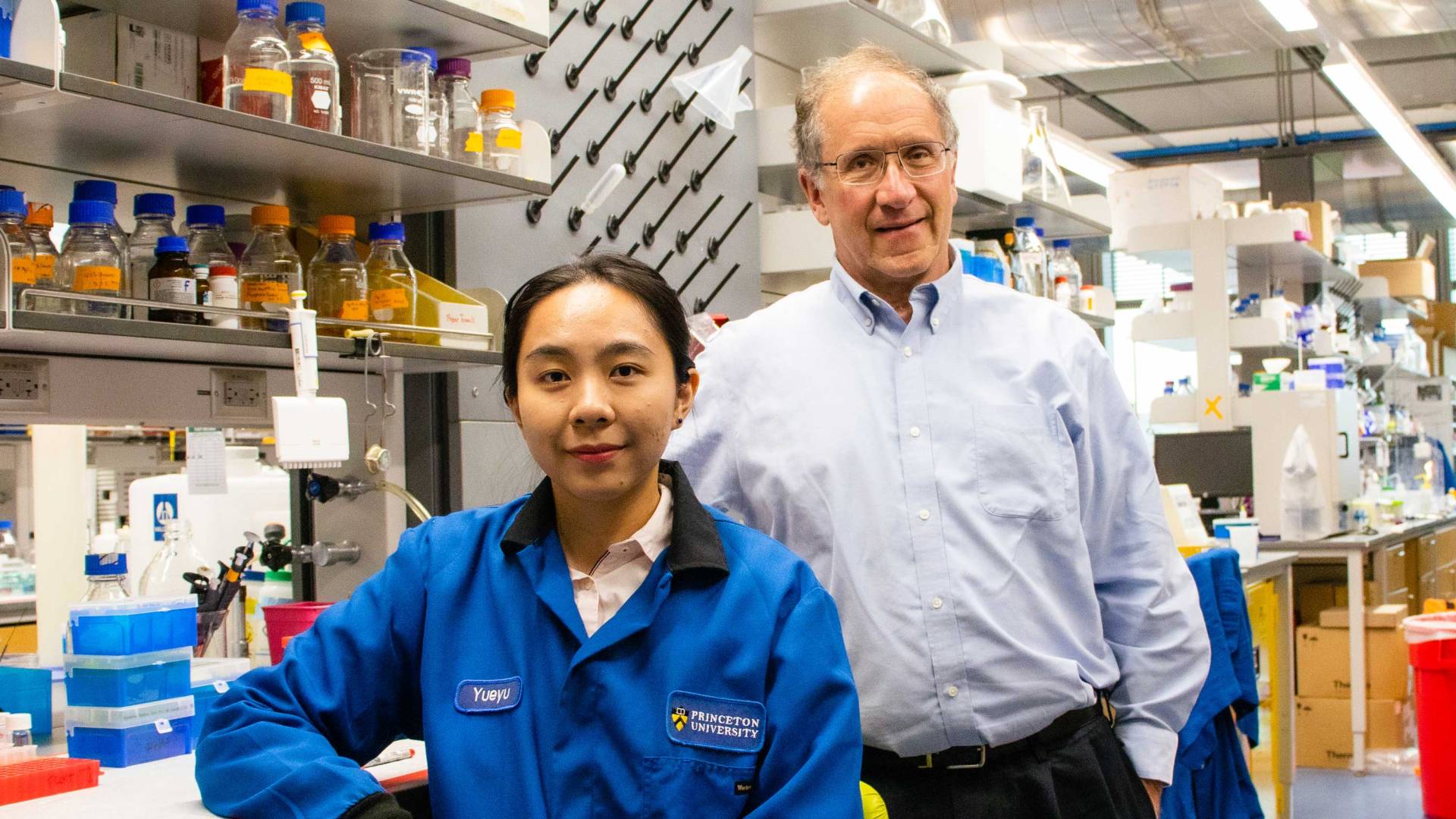 But what happens with the sequences not selected by nature? And what possibilities lie in constructing entirely new sequences to make novel, or de novo, proteins bearing little resemblance to anything in nature?

That’s the terrain where Michael Hecht, professor of chemistry, works with his research group. And recently, their curiosity for designing their own sequences paid off. 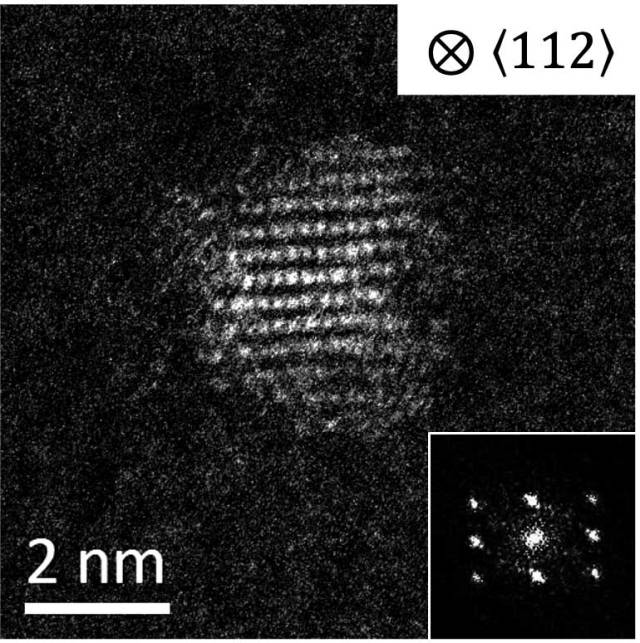 These quantum dots, seen through an electron microscope, were produced in the Hecht Lab using de novo proteins. Each dot is 2 nanometers in diameter, an important factor since size determines color.

Image courtesy of the Hecht Lab

Their work opens the door to making nanomaterials in a more sustainable way by demonstrating that protein sequences not derived from nature can be used to synthesize functional materials — with pronounced benefits to the environment.

Quantum dots are normally made in industrial settings with high temperatures and toxic, expensive solvents — a process that is neither economical nor environmentally friendly. But Hecht and his research group pulled off the process in the lab using water as a solvent, making a stable end-product at room temperature.

“We’re interested in making life molecules, proteins, that did not arise in life,” said Hecht, who led the research with Greg Scholes, the William S. Tod Professor of Chemistry and chair of the department. “In some ways we’re asking, are there alternatives to life as we know it? All life on earth arose from common ancestry. But if we make lifelike molecules that did not arise from common ancestry, can they do cool stuff?

The team’s process can also tune nanoparticle size, which determines the color quantum dots glow, or fluoresce, in. That holds possibilities for tagging molecules within a biological system, like staining cancer cells in vivo.

“Quantum dots have very interesting optical properties due to their sizes,” said Yueyu Yao, co-author on the paper and a fifth-year graduate student in Hecht’s lab. “They’re very good at absorbing light and converting it to chemical energy — that makes them useful for being made into solar panels or any sort of photo sensor.

“But on the other hand, they’re also very good at emitting light at a certain desired wavelength, which makes them suitable for making LED screens.”

And because they’re small — composed of only about 100 atoms and maybe 2 nanometers across — they’re able to penetrate some biological barriers, making their utility in medicines and biological imaging especially promising.

Why use de novo proteins? 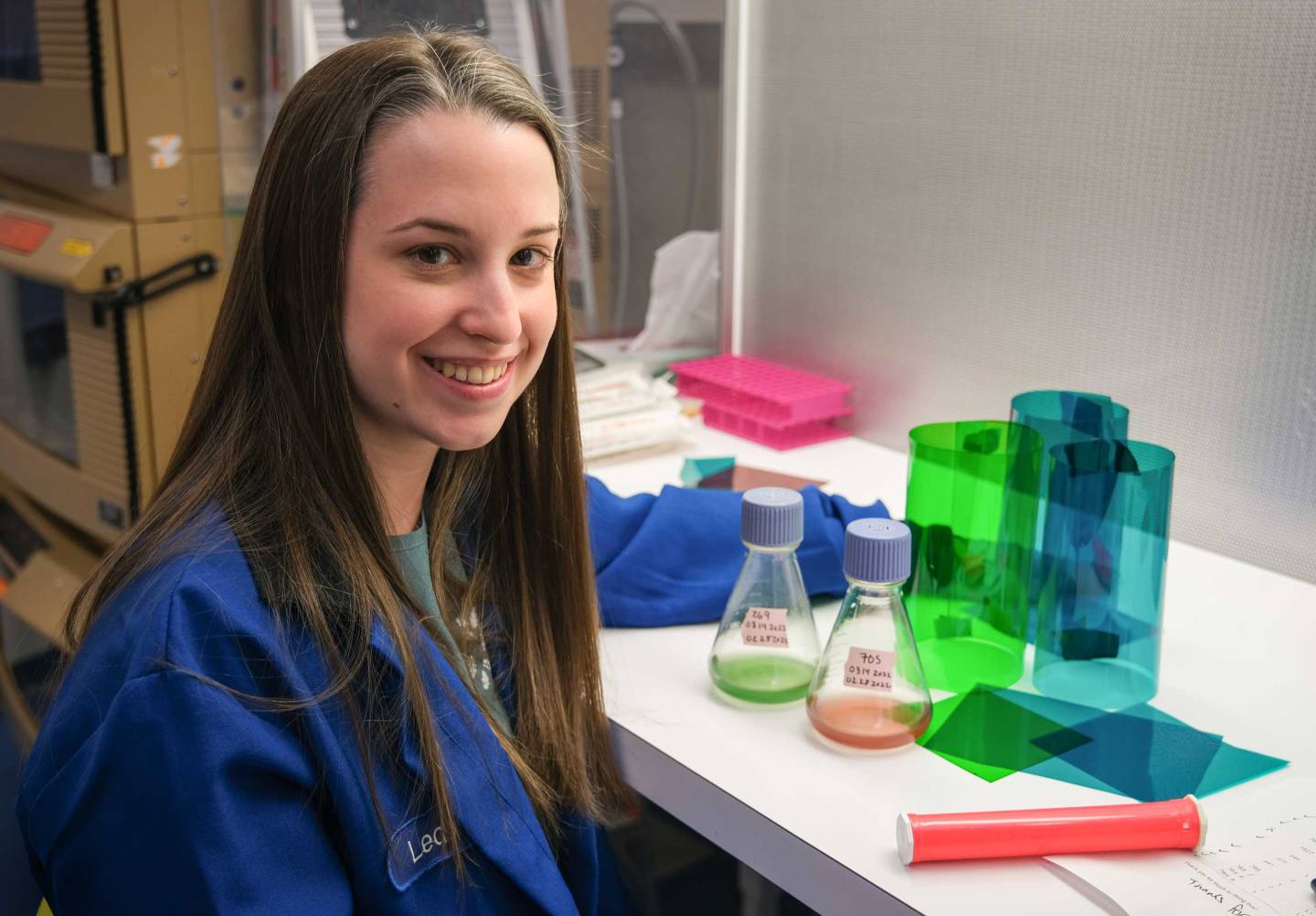 “I think using de novo proteins opens up a way for designability,” said Leah Spangler, lead author on the research and a former postdoc in the Scholes Lab. “A key word for me is ‘engineering.’ I want to be able to engineer proteins to do something specific, and this is a type of protein you can do that with.

“The quantum dots we’re making aren’t great quality yet, but that can be improved by tuning the synthesis,” she added. “We can achieve better quality by engineering the protein to influence quantum dot formation in different ways.”

Based on work done by corresponding author Sarangan Chari, a senior chemist in Hecht’s lab, the team used a de novo protein it designed named ConK to catalyze the reaction. Researchers first isolated ConK in 2016 from a large combinatorial library of proteins. It’s still made of natural amino acids, but it qualifies as “de novo” because its sequence doesn’t have any similarity to a natural protein.

Researchers found that ConK enabled the survival of E. coli in otherwise toxic concentrations of copper, suggesting it might be useful for metal binding and sequestration. The quantum dots used in this research are made out of cadmium sulfide. Cadmium is a metal, so researchers wondered if ConK could be used to synthesize quantum dots.

Their hunch paid off. ConK breaks down cysteine, one of the 20 amino acids, into several products, including hydrogen sulfide. That acts as the active sulfur source that will then go on to react with the metal cadmium. The result is CdS quantum dots.

You can view a video about this research prepared by Princeton Innovation.