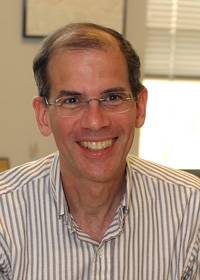 A member of the three-person council since 2003, Rosen succeeds former chair Gregory Mankiw, a member of Princeton's class of 1980, who resigned last week to return to Harvard University. The council provides the president with economic analysis and advice on the development and implementation of a wide range of domestic and international economic policy issues.

Rosen, whose research focuses on public finance, is the John Weinberg Professor of Economics and Business Policy and has been a member of the Princeton faculty since 1974. His work has covered topics such as federal taxation, state and local governmental finance, housing policy and labor study.

Rosen served as the deputy assistant secretary for tax analysis in the Department of the Treasury under President George H.W. Bush from 1989 to 1991.

Rosen is the author of "Public Finance," a widely studied textbook that was initially published in 1985 and has been translated into Spanish, German, Croatian and Chinese. He also co-wrote "Microeconomics" (1991) with Michael Katz, an economics professor at the University of California-Berkeley, and edited "Studies in State and Local Public Finance" (1986) and "Fiscal Federalism: Quantitative Studies" (1988).

Rosen, who is currently on leave from the Princeton faculty, has served as chair of the Department of Economics and director of the Center for Economic Policy Studies. In 2003, he received a President's Award for Distinguished Teaching from the University. He is a fellow of the Econometric Society and a research associate with the National Bureau of Economic Research.

Rosen to be nominated for President Bush's Council of Economic Advisers