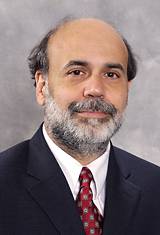 Princeton economist Ben Bernanke, currently a member of the Federal Reserve Board of Governors, has been nominated as chair of President Bush's Council of Economic Advisers.

If confirmed by the Senate, Bernanke would succeed another Princeton economist, Harvey Rosen, who was promoted to chair of the council in February but is due to return to the Princeton faculty in the fall. Rosen has served on the council since 2003. He was named chair after Gregory Mankiw, a member of Princeton's class of 1980, stepped down to return to his post at Harvard University.

Bernanke, who also is on leave from the University, has been a member of the Federal Reserve Board since 2002 and a member of the Princeton faculty for 20 years. He will remain with the central bank's board until the confirmation of his appointment to the Council of Economic Advisers.

Bernanke's nomination was announced by the White House on Friday, April 1. The three-person council provides the president with economic analysis and advice on the development and implementation of a wide range of domestic and international economic policy issues.

Bernanke is the Howard Harrison and Gabrielle Snyder Beck Professor of Economics and Public Affairs. He was chair of Princeton's economics department when he was named to the Federal Reserve Board three years ago. He also has served as director of the University's Bendheim Center for Finance. He came to Princeton in 1985 after six years at Stanford University.

Bernanke has published many articles and written or edited several books on a wide variety of economic topics, including monetary policy and macroeconomics. He has served as director of the Program in Monetary Economics of the National Bureau of Economic Research and currently is co-editor of the American Economic Review. Bernanke is a fellow of the Econometric Society and of the American Academy of Arts and Sciences.

Rosen to be nominated for President Bush's Council of Economic Advisers

Bernanke sworn in to Federal Reserve Board

Bernanke nominated to Federal Reserve Board