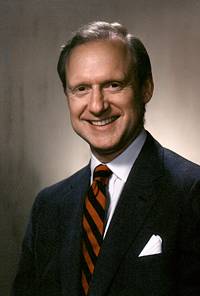 Beginning July 1, the Princeton University Board of Trustees will have new leadership.

Stephen Oxman of Short Hills, N.J., a trustee since 2002, will succeed Robert Rawson as chair of the executive committee.

Oxman, a member of the class of 1967, was the recipient of the Pyne Prize, the University's top award for undergraduates, when he was a senior. He received a J.D. from Yale Law School, where he was an editor of the Yale Law Journal, and a D.Phil. from Oxford University, where he studied as a Rhodes Scholar.

Currently a senior adviser at Morgan Stanley, Oxman has spent most of his career in law and in banking and investment. He also served as assistant secretary of state for European and Canadian affairs for a year during the Clinton administration and worked with the State Department during the Carter administration. He is a trustee of the Robertson Foundation and a member of the advisory council of the Woodrow Wilson School of Public and International Affairs.

Rawson, a resident of Shaker Heights, Ohio, and a member of the class of 1966, will retire from the board after 20 years, including 13 as chair of the executive committee. At the beginning of her remarks at Commencement on May 31, Princeton President Shirley M. Tilghman thanked Rawson for his service.

"Bob has served three presidents with great distinction, and he has provided extraordinary leadership as he helped shape and realize dramatic improvements that have transformed this University," she said. "All of us are greatly in his debt."

In appreciation of Rawson's exemplary service, the trustees have named a freshman seminar in his honor.

Anthony Evnin of Greenwich, Conn., a member of the class of 1962, will continue to serve as vice chair of the executive committee.