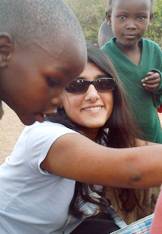 Princeton junior Ishani Sud has combined her interests in engineering and outreach to implement a solar oven project in Africa. The ovens, which she designed with classmate Lauren Wang, are constructed with locally available materials. Sud spent last summer in Kenya continuing previous work on the project and in Tanzania launching a similar program at a school for indigenous people.

Below left: Because they are powered by the sun’s energy, the ovens could slow deforestation that results from harvesting wood for cooking fires.

Since her arrival at Princeton, junior Ishani Sud has made a difference by thinking inside the box.

Not just any box, but rather a solar-powered oven she designed her freshman year with classmate Lauren Wang, under the guidance of Wole Soboyejo, professor of mechanical and aerospace engineering. Powered by the sun’s energy and constructed with locally available materials, the ovens can be built and used in developing nations, thereby allowing advancement while preserving the environment and local economies. In many communities, the ovens could slow deforestation that results from harvesting wood for cooking fires.

“Coming to Princeton, I was expecting to be involved in projects that used engineering and did outreach,” Sud said, adding that the University’s emphasis on serving all nations was a key factor in her decision to attend.

She fulfilled her expectations through her involvement with the Global Development Network, an extension of the U.S.-Africa Materials Institute directed by Soboyejo and sponsored by the National Science Foundation.

“Ishani exemplifies the whole notion of Princeton engineering in service of the world,” Soboyejo said. “In just two years, she has worked within the Global Development Network family to change the lives of school children in Kenya and Tanzania, while pioneering new ways of solving basic problems of energy and water in the developing world.” 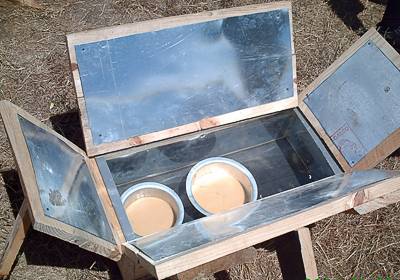 Many factors led to Sud’s passion for science and community activism. The daughter of an environmental engineer and a geneticist, she was moved by the extreme poverty she encountered on childhood trips to her parents’ native India.

“As a kid, when you see other kids that are suffering, your heart goes out to them,” she said. “You want to do something to make a difference.”

She was similarly affected by the suffering she encountered in her hometown of Durham, N.C. As a participant in the Durham County Teen Court program to decide juvenile misdemeanor cases, Sud found herself face-to-face with peers who had shoplifted diapers for their newborn babies or stolen food they simply couldn’t get at home.

Her scientific mind was honed in Durham as well at the North Carolina School of Science and Mathematics, a public boarding magnet school she attended for her junior and senior years of high school.

Sud found an outlet for her expertise and empathy in Mpala, Kenya, where she spent six weeks the summer following her freshman year with classmate Julianne Davis. There, the two engineers worked with elementary and middle school students to build solar ovens with readily available materials, while teaching them about science, conservation and renewable energy. They also hosted community days to teach residents how to cook local recipes, including the traditional African starch dish ugali, in the solar ovens.

During her sophomore year, Sud worked with the Global Development Network to establish collaborations with universities in developing countries, where resident faculty and students are better equipped to work with local people and are more in tune with their needs. This allows the Princeton students to deploy the programs they’ve developed, such as the solar oven, without requiring them to travel to every community.

This past summer was a whirlwind for Sud, who met with researchers at universities in Brazil and Tanzania to share ideas on sustainable projects, spent time in Kenya continuing the solar oven project and launched a similar program at the Aang Serian school for indigenous people in Monduli, Tanzania. During her travels she was joined by fellow Princetonians Viola Huang, Brandon Rogers, Patricia Li, Daniel Cohen and Julianne Davis and research staff member Michael Vocaturo.

“This was a nice experience because it gave me a chance to learn about the community, give back, manage a project and learn about the actual science and research that goes into it,” Sud said.

This year, “the dynamo,” as Soboyejo describes Sud, is organizing a group of students to research and design ceramic water filters built with basic materials, such as clay and plant matter. The students plan to test and analyze their designs before winter break and hope to spread the technology in outreach projects this summer.

With seemingly limitless energy, Sud has done all of this while completing the requirements for her B.S.E. in chemical engineering, along with four certificate programs: materials science and engineering, the Woodrow Wilson School of Public and International Affairs, engineering biology and neuroscience.

Faced with a challenging academic schedule — she’s taken at least five courses every semester at Princeton — she said her interest in the subjects and the camaraderie she finds in study groups help her handle the heavy load.

“And, I tend to plan my time really carefully,” she added.

She even makes room in her calendar to remain active with the Society of Women Engineers, serve as a residential college adviser in Butler College and this semester assist the investment and technology development firm D.E. Shaw with on-campus recruiting.

“I enjoy these activities so I don’t think of them as work,” she said.

Though Sud said she can envision many possible futures for herself, from pharmaceutical chemical engineering to public policy work, they share a common thread.

“I want to be able to make a real difference in whatever community I’m working with or serving,” she said.

Freshmen get lessons in civic engagement