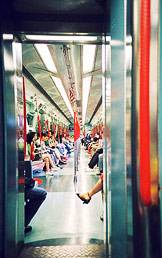 "International Eye," an exhibition of photographs from around the globe taken by Princeton undergraduates, will be on view in three residential colleges this spring. The images showcase students' participation in international study, internships, service and research. Senior Veneka Chagwedera, a Wilson School major, won first place in the architecture/cityscape category for "Conformity," taken on a subway in Hong Kong, where she studied for a semester. In describing her work, she wrote, "Efficient and clean, the trains in the Hong Kong subway run punctually throughout the day and night. Passengers sit silently in rows, reading their newspapers before work."

An exhibition of photographs from around the globe taken by Princeton undergraduates will be on view in three residential colleges this spring. "International Eye" showcases students' participation in international study, internships, service and research.

The exhibition is on display weekdays from 9 a.m. to 5 p.m. through March 31 in the Firestone Lounge of Rockefeller College. (A companion exhibition of photos taken by Mathey College students while abroad is hanging in the Mathey Common Room during the same time). It also will be on view in April in the Wilcox Hall Commons of Wilson College and in May in the Guggenheim Gallery of Whitman College.

The exhibition was created through an international photo contest sponsored by the Office of International Programs this past fall. Thirty-nine photographs were selected from close to 500 submissions snapped in 64 countries by students concentrating in 25 departments. Many of the experiences were funded by Princeton programs and departments.

"Over the past several years, Princeton has seen an increase in the number of students studying and working abroad," said Nancy Kanach, senior associate dean and director of the Office of International Programs. "We are excited to have this opportunity to celebrate the talents of the students whose photographs bring home to us the richness and diversity of the world beyond Princeton's gates. We are inspired by their sense of adventure and by their perspective on the world."

Undergraduates were asked to submit photos that told a story about their time abroad or lent a fresh perspective on the monuments, cityscapes and landscapes they encountered. First and second prizes were awarded in four categories -- cityscape/architecture, abstraction, landscape/nature and people. Another 31 images received honorable mention.

Photographer and filmmaker Andrew Moore, lecturer in visual arts in the Lewis Center for the Arts, selected the winning photographs with assistance from Giorgio DiMauro, associate director of the Study Abroad Program, and Martina Anderson, communications and outreach coordinator in the Office of International Programs.

"Selecting the winners was difficult, but it was fun and genuinely interesting," said DiMauro. "You get caught up in the students' evident excitement and curiosity. The contest invites students to think about other countries not as destinations, but as places of shared human experience. A person's hand on a ferry in Vietnam, a richly patterned ceiling in Poland -- these scenes communicate the mixture of day-to-day familiarity and wonder that comes with spending extended periods exploring new places." 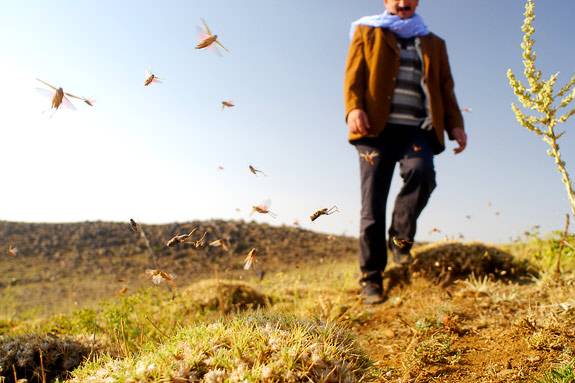 Junior Noah Arjomand, a Wilson School major, won "Best in Show" and first place in the landscape/nature category for his photo "A Plague of Locusts," taken near Karliova in the Bingol Province of eastern Turkey, where he was conducting research. He explained the scene in this way: "The summer of 2008 was the hottest in memory, creating conditions on the normally cool grazing grounds of a nomadic Kurdish family that were conducive to a locust swarm. Locusts devoured much of the pasture, forcing the family to sell approximately 300 head of sheep, half their flock."

Junior Noah Arjomand, a Woodrow Wilson School major, won Best in Show and First Place in the landscape/nature category for his photo "A Plague of Locusts," taken near Karliova in the Bingol Province of eastern Turkey, where he was conducting research. Other top winners were: 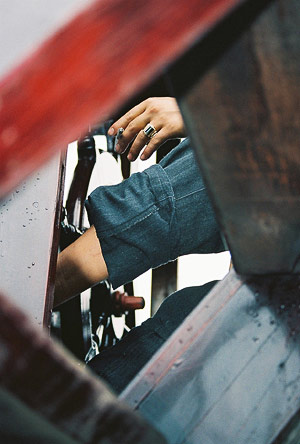 Sophomore Catherine Clark, a mechanical and aerospace engineering major, won first place in the abstraction category for "Ha Long Bay, Vietnam." The image shows the hand and leg of a boat driver on the bay.

Organizers plan for the contest to become an annual event. All of the winning photos may be viewed in an online gallery on the Office of International Programs website. 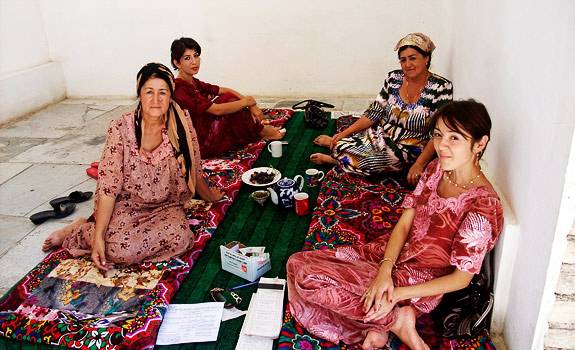 See student views of the world in 'International Eye' exhibition