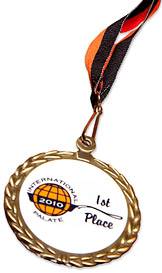 The International Palate Recipe contest, held by Dining Services and the Office of International Programs, cooked up student favorites from around the globe. Medals for the best recipes were given to the first three winners. 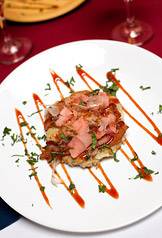 Okonomiyaki, a pancake from Kanazawa, Japan, may have toppings such as dried seaweed and bonito flakes, but selections are open to personal preference.

Princeton students explore a world of new experiences when studying or participating in internships abroad, including learning about the cuisines of other cultures. To bring some of these edible discoveries back to campus, Dining Services and the Office of International Programs recently held an International Palate Recipe contest and prepared the winning meals for students in the residential colleges.

Students submitted their favorite international recipe, as well as background information about their culinary experiences while abroad. Students were asked how and where they first encountered the dish and also about the ingredients and method of preparation. 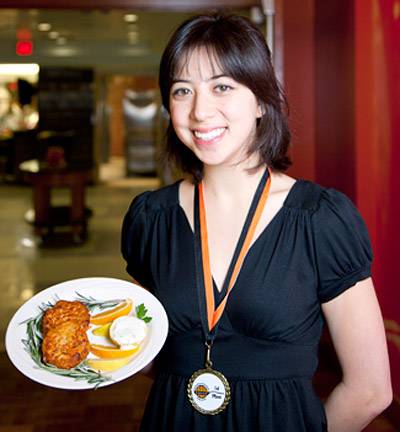 Christina Chang, a junior, had the winning dish of salmon fishcakes with garden sauce from Edinburgh, Scotland.

According to junior Christina Chang, whose fishcake dish from Scotland won the contest, her choice speaks directly to the culture of that country. "The fishing industry and seafood recipes are integral to the Scottish economy, life and culture," she said. "This salmon fishcakes recipe is my favorite of the many delicious and richly spiced traditional dishes." 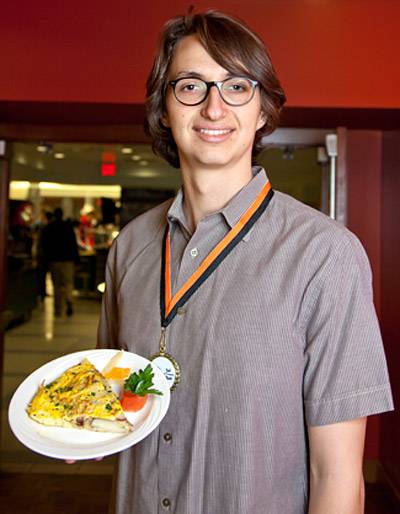 Sophomore Evan Larson, who is a vegetarian, relished the olive oil base to many of the dishes he tasted in Spain. He won second prize in the contest for one of his favorite dishes, a potato tortilla that he said his host mother taught him how to make and that he ate as a snack between classes. 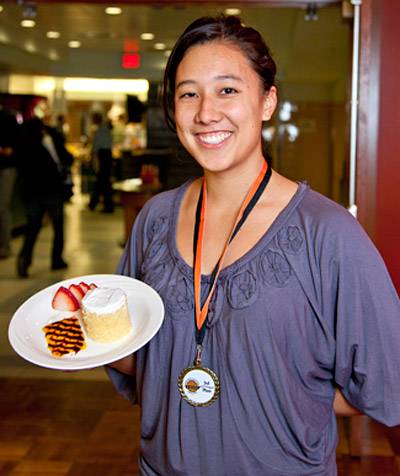 The third place winner, senior Julia Tsui, also first learned of the dish she chose, a dessert, from her host mother in Ecuador. "After I had eaten it at home I always tried to order it when we went out," she said.

Three students received honorable mention for their dishes, all from Asia. Senior Omoshalewa Bamkole submitted a noodle dish from Vietnam, junior Anna Tchetchetkine shared her recipe for a savory pancake from Japan, and senior Lisa Tom presented a pork dish from China. 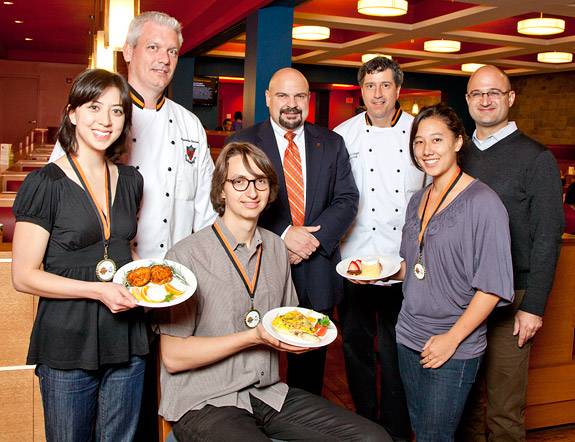 The judges from Dining Services chose from a wide variety of dishes, with entries representing more than 15 countries. The judges were Sarah Bavuso, Rob Harbison, Stu Orefice and Susan Pierson.