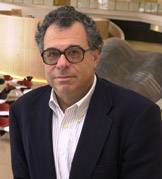 David Botstein, director of the Lewis-Sigler Institute for Integrative Genomics at Princeton University, has been named a recipient of the Albany Medical Center Prize in Medicine for his leading role in mapping the human genome.

Botstein will share the honor with co-recipients Francis Collins, director of the National Institutes of Health, and Eric Lander, a Princeton alumnus and director of the Broad Institute of the Massachusetts Institute of Technology and Harvard University. The annual award is accompanied by a $500,000 prize shared by recipients. This year's honorees will be recognized during an April 23 celebration at Albany Medical Center in Albany, N.Y.

"These three scientists undoubtedly will hold a special place in the history of science and medicine as primary initiators of a profound revolution in human development," said James Barba, president and chief executive officer of Albany Medical Center and chair of the award's national selection committee. "This is because they unlocked and opened the door that had previously barred us from understanding disease processes at the most basic genetic level. Their discoveries promise to lead to a wide range of advances including the development of person- and disease-specific medicines that should be much more effective at combating a wide range of diseases."

While at MIT in the 1980s, Botstein, who is now the Anthony B. Evnin '62 Professor of Genomics at Princeton, was among the first to propose the concept of building a complete genetic map of a human. Before that time, scientists and physicians interested in finding genes responsible for certain conditions had to hunt for those genes over vast chromosomal territory -- a time-consuming and often fruitless task. Botstein's idea was that a map of human DNA would make such efforts easier.

In a paper published in 1980, he and three colleagues described, in principle, how detailed maps of genetic diseases caused by just one gene could be made. His idea and mapping techniques laid the groundwork for what would eventually become the Human Genome Project.

Botstein soon enlisted the help of Lander, a colleague then at Harvard Business School. Lander, who graduated from Princeton in 1978 with an A.B. in mathematics, had a growing interest in genetics that helped to make possible the development of even more advanced gene-mapping techniques. Together, they created the first practical plan to make and use a comprehensive genetic map of the human genome. In 1987, Lander elucidated how to develop maps of complex, multi-gene diseases such as diabetes and heart disease.

Working in parallel, Collins, a physician and biologist at the University at Michigan, was applying new gene-seeking techniques, most notably developing a method for identifying particular disease-related genes known as positional cloning. He used the technique to make the landmark 1989 discovery of the long-sought-after gene that causes cystic fibrosis.

With growing gene-mapping knowledge in place, and the increasing understanding that science would be greatly served with a complete genetic map, the U.S. government in 1990 launched the Human Genome Project. The program reached completion in 2003, providing an entire sequence of human DNA.

During the coming decades, according to Botstein, scientists will develop customized medications that promise to be markedly more effective than current therapies. "It is now becoming clear in the case of cancer, for example, that by sequencing individual people and their tumors that we're learning what kinds of drugs to make to combat individual cancers, and basically the bottom line is that there will be a lot of different drugs developed in different combinations in different people," he said. "In the long run, I think it will happen."

The discoveries transformed genetics into a powerful tool to fight disease.

"What's so powerful about genetics is that it is a spotlight that can illuminate the molecular mechanism of disease," Lander said. "Genetic mapping is an incredibly powerful way to figure out what's wrong under the hood and, from there, to begin to figure out how to fix it. This generally has made it possible to lay bare all the genetic information. I have no doubt that the next generation will be able to make much more progress with that information."

After earning his Ph.D. at the University of Michigan, Botstein joined the faculty of MIT. In 1987 he moved to Genentech Inc., the biotechnology company, as vice president of science. He joined Stanford University's School of Medicine in 1990, chairing the department of genetics. He joined the Princeton faculty in July 2003, and became director of the Lewis-Sigler Institute. In 2004, the National Institute of General Medical Sciences, part of the NIH, announced the creation of a Center of Excellence in Complex Biomedical Systems Research at Princeton, headed by Botstein. The center serves as a hub of research and teaching programs at the interface of biology and the more quantitative and physical sciences.

Botstein's research has centered on genetics, especially the use of methods to understand biological functions. His early work in bacterial genetics contributed to the discovery of transposable elements in bacteria and an understanding of their physical structures and genetic properties. In the early 1970s, he turned to budding yeast, also known as Saccharomyces cerevisiae, and devised novel genetic methods to further that work.

In the 1990s, Botstein's research focused on the emerging science of genomics. With J. Michael Cherry of Stanford, he founded the Saccharomyces Genome Database, which continues to be a major international resource that connects genomic sequences with biological functions.

Botstein currently is leading a team of faculty at Princeton who are teaching a new experimental introductory science curriculum, where the basic ideas of physics, chemistry, computer science and biology, along with relevant mathematics, are presented together.

This is the 10th year the Albany Medical Center Prize has been awarded. It was established in 2000 by the late Morris "Marty" Silverman to honor scientists whose work has translated well from the bench to the bedside, resulting in better outcomes for patients. A $50 million gift commitment from the Marty and Dorothy Silverman Foundation to Albany Medical Center provides for the prize to be awarded annually for 100 years.