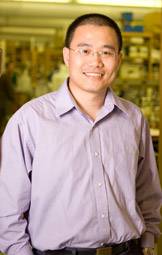 A team of researchers at Princeton University and The Cancer Institute of New Jersey has identified a long-sought gene that is fatefully switched on in 30 to 40 percent of all breast cancer patients, spreading the disease, resisting traditional chemotherapies and eventually leading to death.

The gene, called "Metadherin" or MTDH, is located in a small region of human chromosome 8 and appears to be crucial to cancer's spread or metastasis because it helps tumor cells stick tightly to blood vessels in distant organs. The gene also makes tumors more resistant to the powerful chemotherapeutic agents normally used to wipe out the deadly cells.

In identifying the genetic mechanism at play in the metastasis of breast cancer, the scientists may have answered one of the biggest mysteries in cancer research and paved the way for new drugs that could thwart the gene's diabolical actions.

"Inhibiting this gene in breast cancer patients will simultaneously achieve two important goals -- reduce the chance of recurrence and, at the same time, decrease the risk of metastatic dissemination," said Yibin Kang, an assistant professor of molecular biology at Princeton, who led the research. "Clinically, these are the two major reasons why breast cancer patients die from the disease."

The work is described in the Jan. 6 edition of Cancer Cell.

The discovery is important for several other reasons, according to Michael Reiss, another author of the paper and director of the Breast Cancer Research Program at The Cancer Institute of New Jersey, a part of the University of Medicine and Dentistry of New Jersey-Robert Wood Johnson Medical School.

"Not only has a new metastasis gene been identified, but this also is one of a few such genes for which the exact mode of action has been elucidated," said Reiss, also a professor of medicine, molecular genetics and microbiology at UMDNJ-Robert Wood Johnson Medical School. "That gives us a real shot at developing a drug that will inhibit metastasis."

The multidisciplinary research strategy used by the team to pinpoint the gene in breast cancer patients also could be used to find other genes involved in the spread of other cancers, scientists said.

"The potential health implications of this study are significant," Kang said.

The discovery is based on three years of work, using an approach that combines the emerging science of integrative genomics with the classical methods of clinical research and laboratory experiments.

"This paper is a great illustration of the way in which bioinformatics can be synergistically combined with experimental work to produce important results," said David Botstein, director of Princeton's Lewis-Sigler Institute for Integrative Genomics. 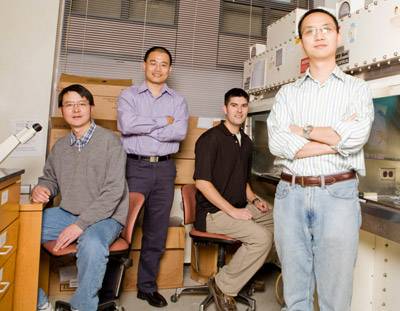 From the beginning, the scientists were looking for a way to understand the dreaded process of metastasis, the term describing what happens when cancer spreads to distant vital organs, such as the lungs, liver, brain, and even bones.

As the scientists well understood, patients whose breast cancer can be confined to the breast have the best chances at survival. The five-year survival rates, as compiled by the National Cancer Institute, illustrate the difference between localized and metastatic cancer: 98.1 percent of patients with localized breast cancer survive five years after diagnosis, as opposed to 27.1 percent for patients with cancer that has traveled beyond the lymph nodes to bodily organs, according to the federal agency's statistics.

In recent years, researchers have used advanced techniques such as DNA microarray technology to try and identify genetic profiles of the so called "poor prognosis" tumors -- those that are likely to come back after the initial treatment and are most likely to spread beyond the breast. Such studies, though useful in predicting outcomes, have perplexingly offered up differing gene "signatures," making it difficult to identify overlapping, functionally relevant genes that might be important targets for therapeutic intervention.

The scientists in this study addressed this problem by using an innovative computational biology approach. They re-analyzed massive clinical breast cancer databases and found that study after study showed one area in common -- a very small region in human chromosome 8 called 8q22. They found that this area of the chromosome is repeated many times in the genomes of poor-prognosis breast tumors. Some chromosomes contained as many as eight copies or "repeats" of the genetic segment. Most normal DNA sequences contain only two copies of a given gene, conveyed from the genomes of the male and female parents.

Next, the team studied breast tumor samples collected from patients at The Cancer Institute of New Jersey. In doing so, the researchers were able to validate the computational prediction, confirming that the genetic sequence identified in the database was overproduced in the DNA of the poor-prognosis tumor samples.

The researchers went on to discover that among a handful of genes in the 8q22 region, MTDH is responsible for the aggressive behavior of poor-prognosis tumors. They used recombinant DNA technology to enhance the expression of individual genes in the region, one by one, in breast tumor cells and tested their metastatic behavior in laboratory mice.

The scientists found that MTDH-overexpressing tumors are more likely to metastasize to the lungs, other vital organs and bones. Importantly, these tumors were also found to be more resistant to a wide range of chemotherapeutic agents, including paclitaxel, cisplatin and adriamycin. When researchers genetically altered the cancer cells to reduce the expression of MTDH, they became less able to metastasize and more likely to be eliminated by chemotherapy agents.

"This is probably one of the first examples of a novel class of dual functional breast cancer genes that cause both metastasis and chemoresistance," Kang said.

Once the team had identified the specific gene, its scientists were able to re-examine the tumor samples. "By analyzing 250 breast tumor samples from patients, we found that this gene is amplified and overexpressed in over 30 to 40 percent of breast cancer cases," Kang said. "This indicates that new drugs against Metadherin may potentially benefit a large population of breast cancer patients."

Gene expression is the translation of information encoded in a gene into proteins that determine an organism's characteristics. Since only a fraction of genes in a genome are expressed in a given cell, genes that are turned "on" are viewed by scientists as a major signal that controls the biology of both normal and malignant cells.

Breast cancer is caused by a malignant tumor that develops from cells in the breast. The most common sign of breast cancer is a new lump or mass in the breast. Scientists once thought that breast cancer spreads first to nearby tissue and underarm lymph nodes before spreading to other parts of the body. They now believe cancer cells may break away from the primary tumor in the breast and begin to metastasize even when the disease is in an early stage.

The team also found that the double menaces of MTDH may be involved in the progression of other types of cancers, including prostate cancer.

The work was funded by a Department of Defense Era of Hope Scholar Award and grants from the National Institutes of Health, the American Cancer Society, the Susan G. Komen Foundation and the New Jersey Commission on Cancer Research.

The Department of Defense awards, created in 2004, were designed to provide substantial funds and support for exceptionally talented, emerging breast cancer researchers -- individuals who had demonstrated extraordinary creativity, vision and productivity, according to Capt. E. Melissa Kaime, a physician who is director of the U.S. Army Congressionally Directed Medical Research Programs.

"This award mechanism seeks the 'best and the brightest' early-career researchers who will challenge current dogma and convention and who are the future innovators of breast cancer research," Kaime said. "Era of Hope Scholar Dr. Kang has already made exciting research achievements, including his latest manuscript in Cancer Cell, and he is only halfway into his five-year, $3.8 million award. The Breast Cancer Research Program sees a promising and hopeful future with Era of Hope Scholars like Dr. Kang dedicated to ending this disease."