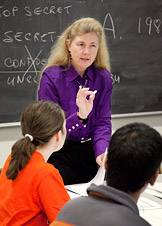 Diane Snyder, a lecturer in politics and freshman seminars at Princeton University and a former senior CIA officer, shares her past experiences to lend a real-world perspective to the freshman seminar "The Rest of the Story: The Six O'Clock News, Intelligence, National Security and You." She uses a range of teaching resources -- from unclassified government documents to television shows such as "24" -- to make serious issues of national security, privacy and free speech more accessible to the students.

Diane Snyder, a lecturer in politics and freshman seminars at Princeton University and a former senior CIA officer, wrote the words on the chalkboard and then fielded a barrage of questions from her students about the U.S. government's categories of classified information.

What is the default level of classification? "There is no default," she said.

If you can't divulge anything that is classified, why do these distinctions matter? "They're based on the degree of damage that would occur to national security if the information were made public," she said. For example, leaks of confidential information such as a parking lot access code likely would cause minor damage, while leaks of highly classified, sensitive information such as codes for accessing nuclear facilities would have more dire repercussions, Snyder noted.

Snyder directed research in artificial intelligence, developed information exchange protocols for arms control negotiations and conducted various assignments overseas during her 12 years with the CIA. She shares her past experiences to lend a real-world perspective to the freshman seminar "The Rest of the Story: The Six O’Clock News, Intelligence, National Security and You." The course explores American national security issues and constitutional rights such as privacy, due process and free speech, which date to the founding of the country and have remained at the center of public debate since the Sept. 11, 2001, attacks. 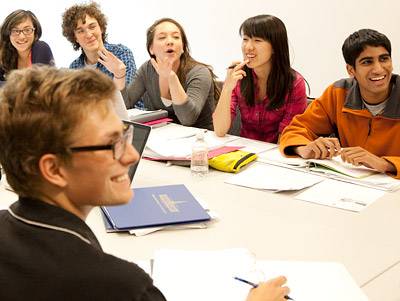 The students and Snyder engage in lively debates about the balance between national security and constitutional rights. (Photo by Denise Applewhite)

"Students now only know a post-9/11 world, so their attitudes are more tuned in than the average post-Cold War student whom I taught in 1995," said Snyder, who has taught the freshman seminar every fall since 2005. She began teaching at the University in 1995.

"Today's students also have far more access to information or news, and the course is designed to help them be discerning in how they understand the news," she said. "I want them to be able to weigh the big picture critically and ask themselves if their government is making the right choices for them and the country -- given what information they have -- but also be aware of the difficult tradeoffs the government encounters when making choices about national security activities."

Snyder and her 15 students examine how to balance the government's duty to keep the country secure, the press's role as a watchdog and the public's right to know about the government actions on their behalf. Along with readings and personal anecdotes, Snyder incorporates various resources to communicate the material, from government documents and CIA guest speakers to TV shows such as "24" and the film “Good Night and Good Luck." Using popular culture to demonstrate important topics such as torture, investigative journalism and the use of Facebook and Google, Snyder aims to make serious issues of national security, privacy and free speech more accessible to the students.

Freshman Alex Chuka said he appreciates what Snyder brings to the class in terms of experience, enthusiasm and humor. According to Chuka, she has "a wit that allows her to step occasionally outside her own skin and poke fun at the very institutions to which she devoted so many years." 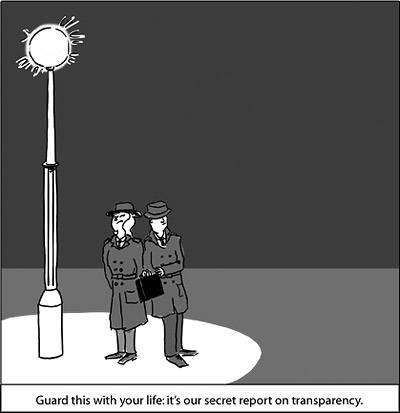 Through anecdotes and cartoons such as the one above, Snyder often jokes about government bureaucracy and procedures while explaining their benefits. (Cartoon courtesy of Rob Cottingham)

The seminar is fast paced, to keep up with both the large amount of material in the 40-page syllabus and Snyder's high energy. The recent class session that included the designations of classified information focused on the freedom of the press, especially in dealing with leaks of information related to national security.

"What's the line between the press's responsibility to inform public debate, so you can have an informed populace that can vote intelligently, as opposed to blabbing secrets that shouldn't be blabbed?" Snyder asked the students.

Snyder pointed out that while leaking classified information is illegal for those with security clearance, the First Amendment protects members of the press.

Snyder noted that even if classified information is leaked and published in the media it is still not declassified, as only certain elements of the government have that authority.

For background on whether the press had enough information to make decisions about disclosing sensitive information, the students had read press revelations in 2006 that the U.S. government -- with the cooperation of an international banking cooperative -- was engaged in surreptitiously tracking financial transactions for connections to terrorist activity.

Said one student, "The editors thought they understood what the government was doing well enough to expose it. Treasury Secretary John Snow said you have no idea how complicated it is -- bankers may back out. But … people need to know."

As different case studies were discussed, the students took sides, with Snyder moderating and posing new questions. When a student observed that civil liberties are constricted during times of war and terrorist threats, Snyder elaborated by relating McCarthyism in the 1950s with persecution of Japanese Americans during World War II.

The theme of secrecy versus openness continued in the student presentation, given by Chuka and classmate Emily Tseng. They began with the Alien and Sedition Acts of 1798, which were meant to suppress dissent with the government by citizens and the press, and followed with case studies on a book written by a military code breaker, military censorship of the press and reporting on CIA surveillance of Soviet telecommunications. Throughout, the presenters posed questions about the decisions made by the government and the press.

Chuka said the classroom discussions lead to "very spirited debates." Often, he said, "we come out with our own perceptions changed as a result of our interactions with each other in class." 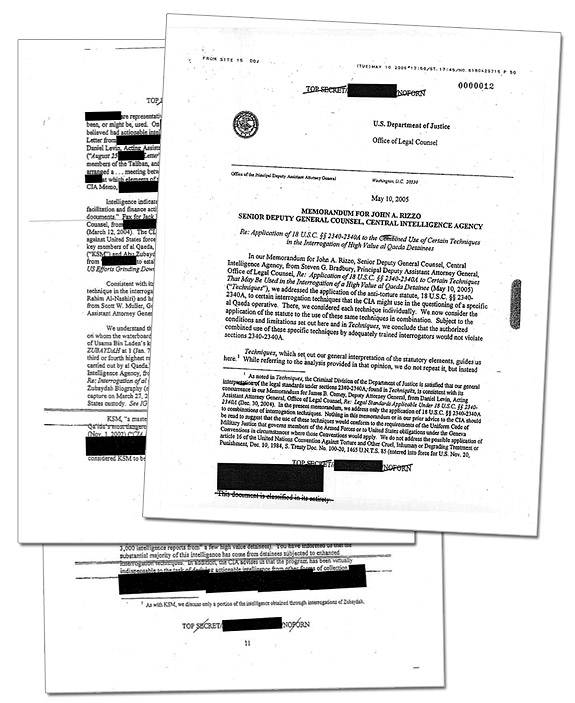