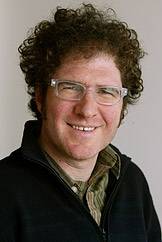 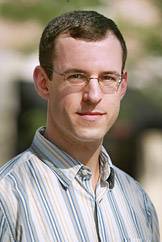 Two Princeton University professors have received the 2012 Presidential Early Career Award for Scientists and Engineers, the highest honor bestowed by the U.S. government on science and engineering professionals in the early stages of their research careers.

David Blei and Michael Freedman, both of the Department of Computer Science, are among 96 researchers at American institutions selected by the Office of Science and Technology Policy within the Executive Office of the President based on the recommendations of 13 federal departments and agencies. Later this summer, Blei, Freedman and their fellow recipients will be presented with their awards during a ceremony July 31 in Washington, D.C.

"Discoveries in science and technology not only strengthen our economy, they inspire us as a people," President Barack Obama said in a July 23 release announcing the awards. "The impressive accomplishments of today's awardees so early in their careers promise even greater advances in the years ahead."

The annual award, established in 1996, is given to professionals in recognition of "innovative research at the frontiers of science and technology and their commitment to community service as demonstrated through scientific leadership, public education or community outreach," the White House said.

Blei, an associate professor of computer science, was nominated by the Department of Defense for his work in creating methods for computers to analyze huge collections of documents to find themes hidden within them. An expert in machine learning, he specializes in topic modeling, which uses probability models to discover the themes in document collections. The patterns within the collections can be used for searching and browsing, and can allow users to analyze large numbers of documents thematically rather than relying on words or phrases. Blei was one of the developers of Latent Dirichlet allocation, a fundamental work in topic modeling that allows for the analysis of collections of documents with varying topics.

Blei received his doctorate from the University of California-Berkeley in 2004 and joined the Princeton faculty in 2006. He is the recipient of a National Science Foundation (NSF) CAREER Award, an Alfred P. Sloan Research Fellowship and the Office of Naval Research Young Investigator Award. In 2008, he was awarded the E. Lawrence Keyes, Jr./Emerson Electric Co. Faculty Advancement Award for teaching and research from Princeton's School of Engineering and Applied Science.

Freedman, an assistant professor of computer science, was nominated by the NSF for creating distributed systems that handle the scale, dynamism and critical importance of our emerging computing infrastructure. He has developed and operates several self-managing systems that serve millions of users daily. They include CoralCDN, a decentralized content distribution network, and DONAR, a server resolution system powering the Federal Communications Commission's Consumer Broadband Test.

His work on software-defined networking helped form the basis for the OpenFlow architecture being standardized by the Open Networking Foundation. His research into Internet Protocol geolocation and intelligence led him to co-found Illuminics Systems, which was acquired by Quova (now part of Neustar). He is also the lead researcher for the Serval project, a new approach to Internet architecture that increases flexibility and efficiency for users without requiring large-scale changes to the basic structure of the Internet.

Freedman received a doctorate from New York University's Courant Institute of Mathematical Sciences and joined the Princeton faculty in 2007. He is a recipient of an Alfred P. Sloan Research Fellowship, an NSF CAREER Award, the Office of Naval Research Young Investigator Award, and membership in the Defense Advanced Research Projects Agency's 2011 Computer Science Study Group. In 2009, he was awarded the Princeton engineering school's E. Lawrence Keyes, Jr./Emerson Electric Co. Faculty Advancement Award for teaching and research.