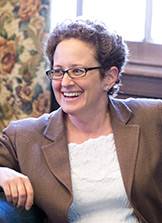 Melissa Lane, an internationally recognized scholar of ancient political theory, turns to the ancients for insights into modern issues, such as ecological sustainability. Lane, a professor of politics at Princeton, engages in a range of activities on campus that highlight the diversity of her interests and her willingness to contribute to the University in many ways.

Melissa Lane studies the ancients, but that doesn't mean she dwells in the past.

Lane, a professor of politics at Princeton since 2009, is an internationally recognized scholar of ancient political theory known for books including "Method and Politics in Plato's Statesman" and "Plato's Progeny: How Plato and Socrates Still Captivate the Mind."

She also turns to ancient political theory and ethics for insights into modern issues. Her book "Greek and Roman Political Ideas," released in May in the United Kingdom by the revived Pelican imprint of Penguin Books, explores eight ideas with Greek and Roman roots that are important for thinking about today's politics, beginning with justice. Her 2011 book "Eco-Republic" draws on Plato's "Republic" for insights on ecological sustainability.

Lane is a key member of an interdisciplinary group of faculty members whose exploration of the politics and ethics of communicating science about climate change was supported over the past three years by the Princeton Institute for International and Regional Studies (PIIRS). And as head of the University Center for Human Values' (UCHV) undergraduate certificate program for the past four years, she helped guide students from a wide range of disciplines who were interested in integrating ethics and values into their studies.

"Melissa Lane is one of only a handful of scholars worldwide who combines an expert knowledge of the ancient classics and the history of political thought with a mastery of current issues, philosophical and practical, in public life," said Philip Pettit, the Laurance S. Rockefeller University Professor of Politics and the University Center for Human Values. "This potent mixture of capacities, laced with her natural gusto, bonhomie and good humor, makes it a joy to work with her as a colleague or a student." 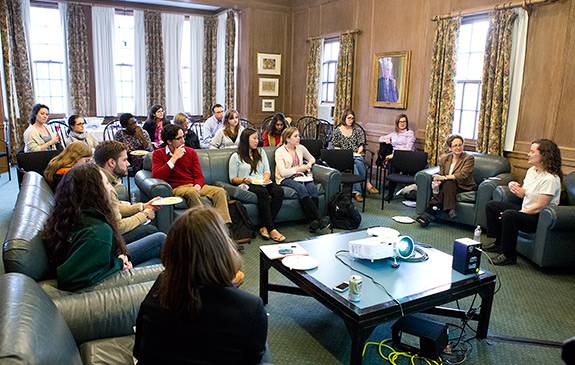 Lane moderates a Values and Vocations discussion with Anne Hallward (right), founder and host of Safe Space Radio, in Butler College on April 2. The Values and Vocations events are sponsored by the University Center for Human Values as a way to help undergraduates consider how ethics and values fit into the professional world.

A diversity of interests

The spring was an exceptionally busy semester for Lane, featuring a range of activities that highlight the diversity of her interests and willingness to contribute to the University in many ways.

Along with helping lead the PIIRS research community "Communicating Uncertainty: Science, Institutions and Ethics in the Politics of Global Climate Change" and completing her final year as head of the Program in Values and Public Life, Lane taught courses for undergraduates and graduate students: 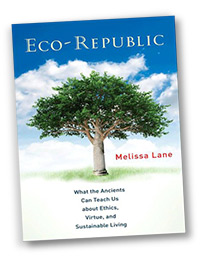 • "Science and Democracy," an undergraduate seminar that grew out of the PIIRS research community, which examined the question of whether science and democracy are mutually supporting ideas.

The course included students pursing majors in physics, mathematics, molecular biology, classics, politics and the Woodrow Wilson School of Public and International Affairs. In May, class members met with U.S. Rep. Rush Holt, a New Jersey Democrat who worked at the Princeton Plasma Physics Laboratory before being elected, to discuss issues surrounding science and democracy.

"Congressman Holt's comments about the workings of democratic government in relation to scientific policymaking were insightful, pragmatic and definitely enlightening," said Peter Trinh, a molecular biology major who graduated June 3. "It was a surprise and a pleasure to see that despite the obstacles that hinder further progress in climate change and other scientific policies, Congressman Holt maintained an optimistic point of view. As a fellow science-minded person, he has definitely increased my interest in a future career in politics." 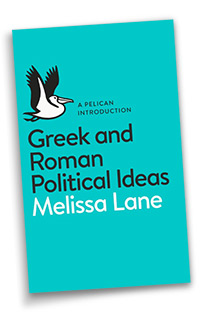 "Greek and Roman Political Ideas," published in May in the United Kingdom, explores eight ideas with Greek and Roman roots that are important for thinking about today's politics. (Photo courtesy of Penguin Books)

• "Solitude and Sociability," a graduate course that explored theoretical approaches to solitude and sociability in key works of political theory and philosophy from antiquity to the present. Among the authors studied: Augustine, Emerson and Thoreau.

In addition, Lane created an undergraduate reading course on ancient Greek Pyrrhonism and Academic Skepticism for a junior philosophy major interested in studying the topic with Lane.

Lane said she finds that students are excited about studying ancient texts.

"I think a lot of students are very hungry for these ideas," Lane said. "For many of them, they came to college wanting to read profound books that have been part of the intellectual conversation for centuries."

Lane also worked with Robert Socolow, a professor of mechanical and aerospace engineering emeritus and senior research scholar, to organize a May conference titled "Historicizing Climate Change" as part of the PIIRS research community.

The conference brought together experts in a range of disciplines from the University and around the world to consider how the history of climate change will be written.

"She is one of the most intellectually sophisticated people, who can read anything and see how it connects to everything else — almost any subject," Socolow said. "And she's one of the most decent, kind and generous people in how she relates to people." 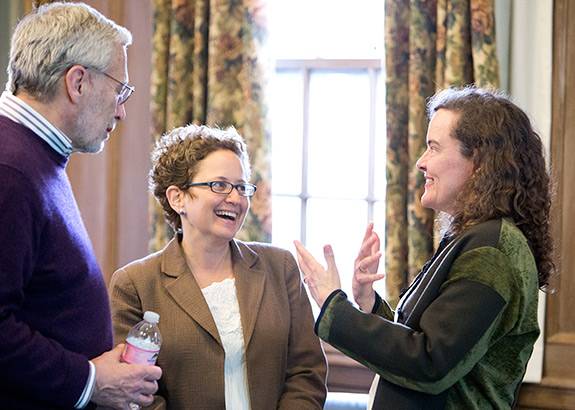 Lane (center) speaks with Hallward (right) and Charles Beitz, the Edwards S. Sanford Professor of Politics and director of the University Center for Human Values, at the Values and Vocations event.