Increasing the number of women in decision-making groups isn't necessarily enough to give them greater power, according to researchers at Princeton University and Brigham Young University.

Through controlled experiments and an examination of dozens of school boards from across the country and racial-dialogue groups, the researchers found that women's influence depends not just on their numbers but also on the way a group makes its decisions. 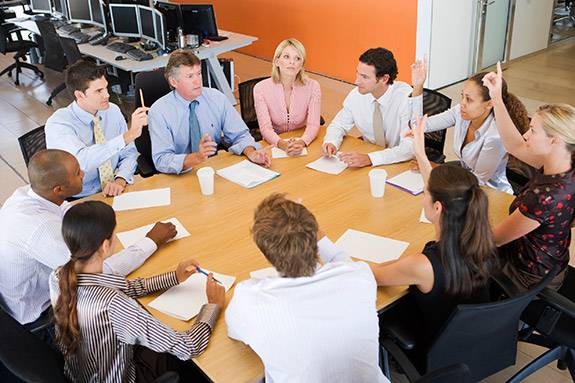 Women's influence in decision-making groups depends not just on numbers but also on the way a group makes its decisions. (Photo: ©iStockphoto.com/monkeybusinessimages)

In this Q&A, Mendelberg discusses the research and how groups — as well as individuals — can apply the findings:

Question: What led you to research the power of women in decision-making?

Q: How did you conduct this research?

A: We ran a very large controlled experiment in which we assembled about 500 people into groups of five, to resemble a committee. We randomly assigned the gender balance in the group. We wanted to see whether, aside from numbers, there's a way for a group to adapt certain procedures — rules of conduct — that would create norms of discussion that would be more inclusive of each person, including of women. So, we randomly assigned these groups to use either a majority rule or a unanimous rule for decision-making. We chose unanimous rule to encourage a consensus process.

Q: What did you find?

Q: Why don't increased numbers of women help when the group is using a consensus rule?

Q: How did your ideas about what affects the power of women hold up in school boards and racial-dialogue groups?

A: We were able to replicate the basic findings from the experiments with these naturally occurring groups. We found a very consistent pattern. It doesn't matter what part of the country you're looking at, the political orientation of the area or the socioeconomic status. It's a strong gender pattern.

Q: Why is this a gender issue?

Q: What do your findings say about efforts to increase the number of women on decision-making bodies?

A: In the real world, decision-making meetings often operate on a majority rule, and there are few women. So what we would say to those groups is, try to adopt something that looks like an inclusive procedure for running your meeting. Even if you say at the beginning: We want every voice to be heard. Every opinion is valuable. We want to make sure that we leave plenty of space for everyone to contribute. We're a cooperative, collaborative group. If you send that sort of a message and people actually act on it, that can go a long way toward mitigating this powerlessness that comes from low numbers for women. But if the group has a few men, it’s better to avoid these consensus signals and signal that the majority rules.

Q: What's the message for women who participate in groups like the ones you studied?

A: We've often heard from women that they do feel marginalized, and they're not really sure why. And they start to doubt themselves: Did I say the wrong thing? Should I have stayed silent? What am I doing wrong? Our message is you're not necessarily doing anything wrong. The group dynamic is what it is because women as a group are viewed as having less authority and less expertise. And when you can name that as a problem that lies outside yourself, it's very empowering. We're hoping to lift women's confidence and say: take more chances in the discussion. We're trying to encourage women: speak more, don't hold back as much. Have the courage to speak what's on your mind because ultimately it is valuable for the group to know.

A: Part of the innovation of this project is to develop a list of ways to measure authority in the discussion. One of those indicators is the rate at which men negatively interrupt women while women are talking. Part of what happens with these groups where women's status is low is women are much more likely to be targeted by men in the group with negative interruptions. Our message to men is: You can be more self-aware also. Pay attention. Are you negatively interrupting? We don't want to make people too self-conscious, but we think that people can be just a little more self-aware of how many negative interruptions they are issuing.