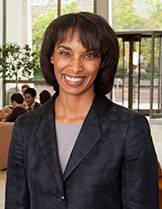 The White House says the proposal would save a full-time community college student $3,800 in tuition a year on average and could benefit roughly 9 million students each year. The federal government would provide three-fourths of the costs, and participating states would be expected to contribute the remainder. Eligible students would need to be enrolled at least half time, maintain a grade point average of 2.5 or higher and make steady progress.

Cecilia Rouse, dean of Princeton's Woodrow School of Public and International Affairs, answered questions about the proposal. From 2009 to 2011, Rouse served as a member of President Barack Obama's Council of Economic Advisers, where community colleges and postsecondary education were part of her portfolio. She also worked in the White House at the National Economic Council from 1998 to 1999.

Rouse is the Lawrence and Shirley Katzman and Lewis and Anna Ernst Professor in the Economics of Education, a professor of economics and public affairs at the Wilson School, and a senior editor of The Future of Children, a publication of the Wilson School and the Brookings Institution.

Question: What is your initial reaction to the president's proposal?

Answer: The proposal is ambitious and builds on the administration's efforts to increase educational attainment in the U.S., with part of the focus on higher education.  Importantly, it continues the administration's focus on college completion. The reason the administration focuses on completion is that only about one-half of those who enroll in an institution of higher education complete a certificate or degree within six years. Moreover, completion rates are much lower among those who begin their postsecondary education in a community college — even among those students who aspire to complete a four-year degree.

If educational attainment is to improve in the U.S. we need an "all-hands-on-deck" approach. That is, we need to see improvement from state and federal governments, the educational institutions, and from the students themselves.

What I like about this proposal is that it attempts to do just that. The federal government will increase funding to community colleges, but only in states that also participate. Colleges will have an incentive to improve the quality of their educational programs, and the students will need to commit to work hard in order to receive free tuition.

That said, I do not know if the incentives proposed by the administration will be enough to encourage the full participation of the states or if the colleges will have the necessary resources to make improvements. In theory, however, the proposal is exciting.

Q: What role do community colleges play in American higher education, and does it make sense to make them the focus of a major initiative like this one?

A: Community colleges enroll about 40 percent of all undergraduate students. The reason they are so prominent in higher education is that the tuition is, on average, about one-half of that at public four-year institutions; enrollment is "open," meaning anyone who has a high school degree or "an ability to benefit" can enroll; and the schools are located within commuting distance of most people in the U.S.

Further, community colleges have worked hard to provide a variety of academic and occupational programs, with schedules that enable students to balance school with work and family responsibilities. Given all these characteristics, it makes a lot of sense to make them the focus of an initiative such as this one, even though they are only part of the American portfolio of higher education institutions.

Q: What do you hope the results of this proposal will be?

A: I hope that this proposal brings renewed public commitment to public higher education. This would keep college affordable for more families, and thus increase the numbers who can access postsecondary education and attain the skills they will need in a 21st-century economy.

We know that education has always been a critical engine for economic growth. It will only increase in importance. An increasingly global economy — in which technological advances are making it easy and cost-effective for firms to replace workers with machines — demands workers who have higher-order skills. Most institutions of higher education in the U.S. provide just such skills.

Q: How can this initiative improve overall economic prosperity?

A: It has been well documented that there are economic benefits to completing a degree or certificate in an institution of higher education. Workers with more education earn higher wages, are more likely to be employed in the first place, and are even healthier. These benefits largely accrue because the students are more productive in the workplace and that translates into greater economic activity — both from their increased productivity in the workplace and from the fact that they have more money to put back into the economy.

Q: Are there any other measures President Obama could take to improve higher education outcomes?

A: We are learning more about exciting ways to improve educational outcomes all the time. For example, researchers have shown that simplifying the federal financial aid process can result in increased college enrollment and persistence.

In addition, MDRC, a nonprofit, nonpartisan education and social policy research organization, has recently evaluated a program in New York City called Accelerated Study in Associate Programs (ASAP) that is an effort at the City University of New York (CUNY) to improve attainment among students requiring remedial, or developmental, education courses. The program requires the students to be enrolled full time and provides them with substantial support for three years, including a tuition waiver, special class scheduling, enhanced advising, and other financial and career support. The results of this program suggest that it has increased attainment and boosted graduation rates substantially.