Nozomi Ando: Breaking free with a love of chemistry 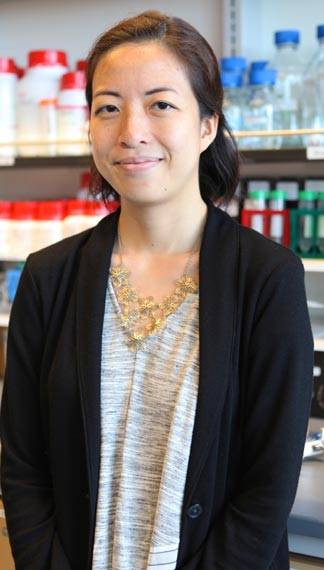 The research of Nozomi Ando (above), a Princeton University assistant professor of chemistry, pushes the limits of using X-ray-based methods to unravel the structure of enzymes, which could help scientists understand how these incredibly complex molecules are central to biological processes such as cellular metabolism and DNA replication.

At two in the morning, Princeton University's Frick Chemistry Laboratory appears quiet and cavernous. But if you listen closely, faint drumbeats might be heard coming from the lab of Nozomi Ando as she and her students work to their favorite late-night band, Queen.

"The hours aren't required — we've just been driven by excitement about the science," said Ando, an assistant professor in chemistry who joined the Princeton faculty in 2014. Almost a year later, Ando said the lab is still in the fun phase, energized by the constant collection of new data: "For me, it's brain candy."

The Ando lab has already attracted two postdoctoral researchers, a graduate student and five undergraduates, all of them eager to be involved in her ambitious research program. These projects aim to push the limits of using X-ray-based methods in structural enzymology, which is the study of the structure of enzymes such as those responsible for cellular metabolism and DNA replication. Unraveling the structure of these incredibly complex molecules helps scientists understand how the enzymes operate in these biological processes.

In a common application of X-ray methods, known as X-ray crystallography, scientists shoot X-rays at a crystalline sample and use the beam's scattering patterns to produce a model of the compound's structure. In one project the Ando group has termed "hacking crystallography," Ando proposed that instead of collecting the X-ray scattering patterns in the experiment, they gather the background data, which can be an intricate and unruly set of data.

Because the atoms in the sample are moving slightly, if the researchers can find a way to interpret this data, they could construct a molecular movie instead of a snapshot. The way enzymes change position reveals information about their function, as enzymes often must adopt specific conformations to carry out their jobs. Only 10 or so articles have been published around this challenging concept, but Ando said she hopes to create a "renaissance" in this area.

Garnet Chan, the Hepburn Professor of Theoretical Chemistry at Princeton, said that with Ando's unique application of X-ray techniques, she would be at the forefront of a new class of discoveries. "I see her contributing in a big way to the development of the department," he said. 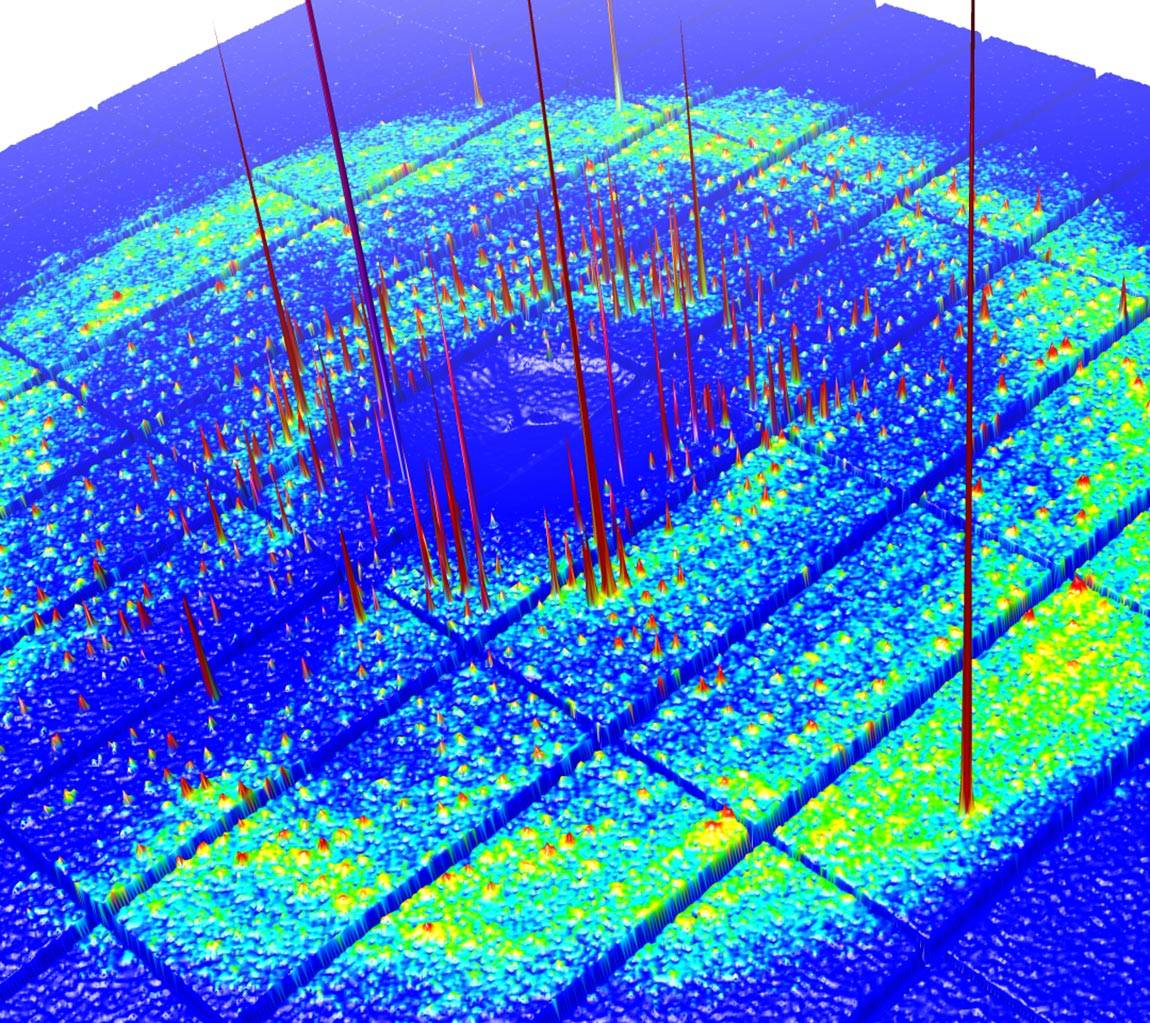 With X-ray crystallography, scientists typically model a compound’s structure by shooting a light beam at a crystalline sample of the compound and recording how the beams scatter. In one project, Ando proposed instead collecting the background data, which can be used to create a molecular movie instead of a snapshot. The X-ray image above is visualized as a topographical map that shows sharp diffraction peaks as well as weak, noisy signals, all of which form a comprehensive view of a compound’s structure. (Data visualization courtesy of Nozomi Ando, Department of Chemistry)

Ando has always been very independent, said her father Teiichi Ando, a professor of materials science at Northeastern University. He recounted how she became interested in singing as a teen, and sought out lessons on her own, paying with her earnings from tutoring. Ando's passion for classical singing continued well into her graduate studies at Cornell University, and she even performed operatic arias during site visits from the National Science Foundation (NSF) to Cornell's High Energy Synchrotron Source, where her Ph.D. adviser, Sol Gruner, was director.

As a physics graduate student in Gruner's lab, Ando became an expert on small-angle X-ray scattering (SAXS), a specialized technique for studying the structure of proteins in solution. The X-ray beams used in her experiments were generated by the Cornell synchrotron, which is a massive underground particle accelerator that shoots subatomic particles around a half-mile-long circular track at close to the speed of light. Attached to the ring are laboratory spaces crowded with computers, fumehoods for prepping samples and a large metal box where the beam enters the room. "It felt like walking through a spaceship," Ando said.

Because there are only five synchrotrons in the United States, researchers must apply for time at these Department of Energy or NSF-funded facilities. During the Ando lab's first trip to Cornell's synchrotron last October, they collected months' worth of data over the course of four sleepless nights — and afterward emerged with their shared appreciation for Queen. 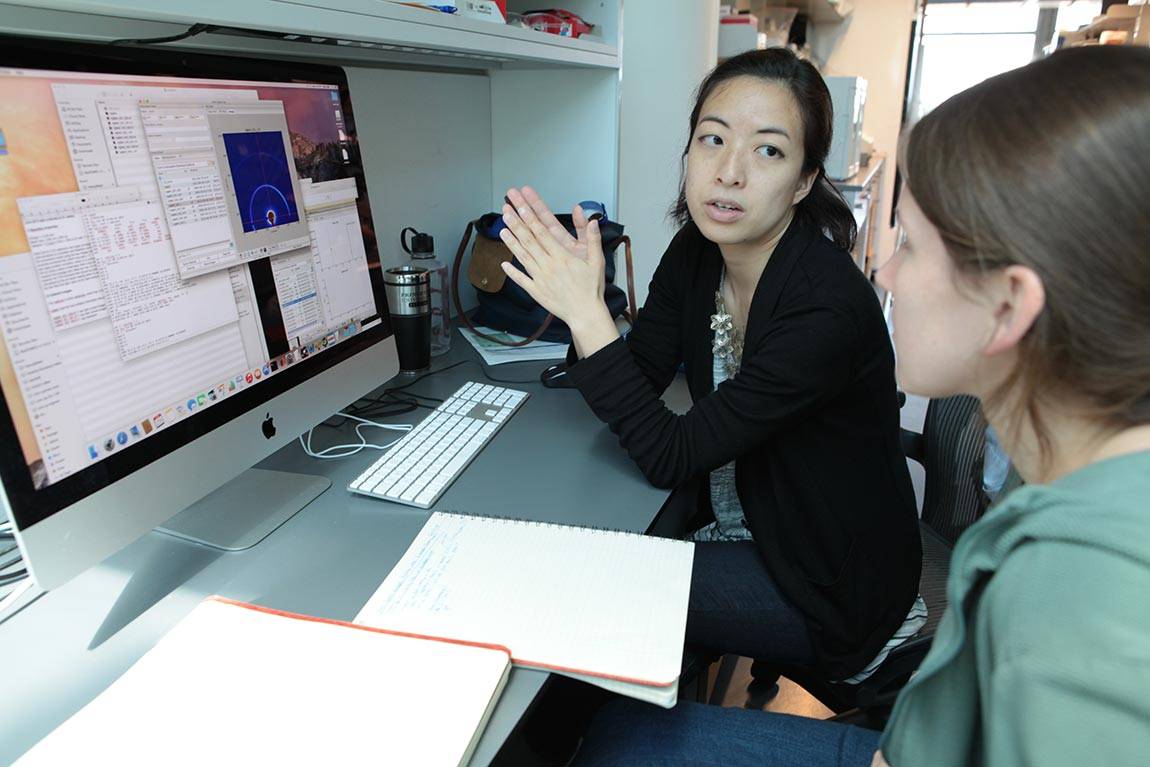 Ando works with chemistry major and rising senior Emily Adler to interpret scattering images from an experiment conducted on a synchrotron, which is a massive underground particle accelerator that shoots subatomic particles around a half-mile-long circular track at close to the speed of light.

"It's definitely a team effort to get everything done," said Kate Davis, a postdoctoral researcher in the Ando lab. She described the lab environment as incredibly positive and non-judgmental, a particularly beneficial characteristic because the group members all come from different scientific backgrounds.

"It's an atmosphere where it's OK to say 'I don't know,' but then of course we apply ourselves to learning the answer," said Buz Barstow, a Burroughs Wellcome Fund CASI Fellow at Princeton and Ando's husband. His research is focused on engineering biological processes to store renewable energy. Barstow and Ando's research teams work together closely and share scientific expertise at joint group meetings.

To ensure the researchers develop a solid grasp on the fundamentals of the work, Ando and Barstow have rotating group members present chapters of a physical biochemistry textbook. "Being able to explain something simply is really important — it's the ultimate indicator of understanding," Ando said.

Ando is herself a gifted communicator, colleagues said.

"It's rare to find someone who can hold a meaningful back-and-forth with biologists, biochemists and physicists," said Ando's postdoctoral adviser, Catherine Drennan, a professor of chemistry and biology at the Massachusetts Institute of Technology and the Howard Hughes Medical Institute. "It's one of the things that makes her special." 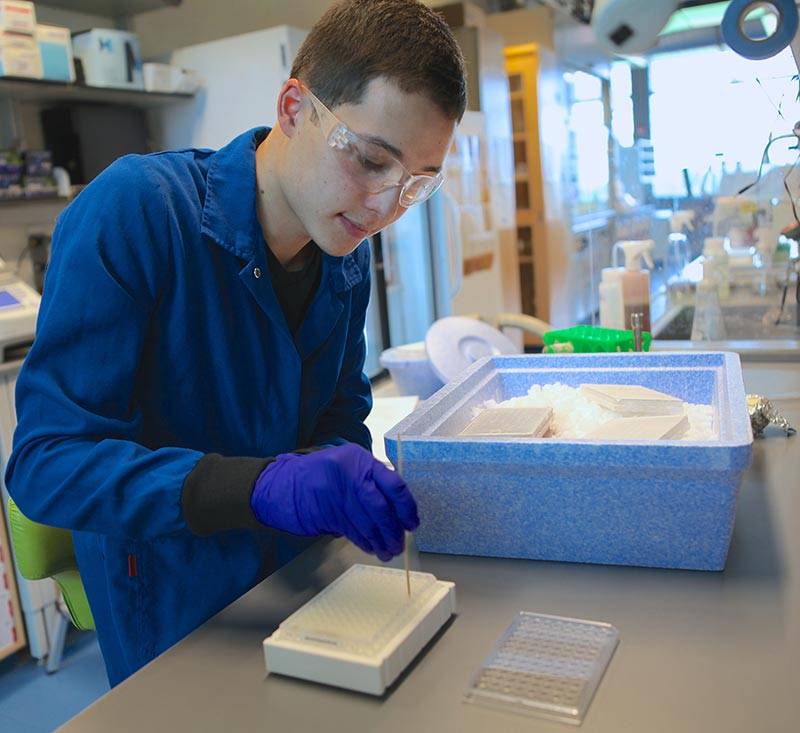 As a postdoctoral researcher, Ando brought her skills in small-angle X-ray scattering to a project that involved three lab groups. The goal was to elucidate the structure of ribonucleotide reductase (RNR), a key enzyme for DNA replication and repair, using a combination of strategies. The team had modeled possible structures using electron microscopy, crystallography and small-angle X-ray scattering techniques that didn't make sense. They expected to see a ring structure but instead their model looked like a crazy lattice, Ando said.

Drennan recalled how Ando gathered the whole team around the computer so that they could look at it as a group. Upon tweaking the color scheme, they realized that they were actually looking at not one ring, but two interlocking rings. In this ring configuration, RNR was essentially inactive and unable to participate in electron transfer. Their findings provided a vital connection between the enzyme's conformation and activity, and were reported in the journal Proceedings of the National Academy of Sciences in 2011.

Ando also is promoting scientific collaboration at Princeton. She has begun working with researchers in the laboratory of Mohammad Seyedsayamdost, an assistant professor of chemistry, who shares Ando's interest in complex enzymes. "It was very clear from Nozomi's interview that with her skill set she would be the focal point of many different collaborations," Seyedsayamdost said.

Ando brings people together even beyond the lab bench. When she coordinated the Drennan lab's participation in the competitive departmental Halloween group costume contest at MIT, they won dressed as free radicals by donning Che Guevara-esque berets and T-shirts that Ando had designed with chemical structures of radical molecules.

When preparing to start her assistant professorship at Princeton, Ando said she briefly pondered adopting a more conservative style, but decided against it. "Have I ever liked being conventional?" she said, reflecting on her personal and professional decisions. "No."