by By B. Rose Huber, Woodrow Wilson School of Public and International Affairs 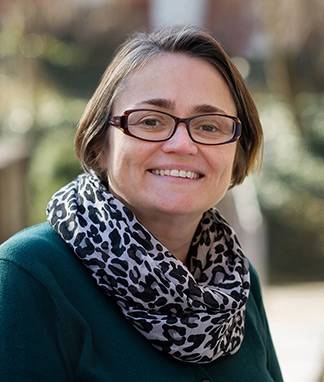 “Students were hungry to bring these issues into the classroom,” said Heather Howard, a lecturer in public affairs, who is also the director of State Health and Value Strategies with Princeton’s Center for Health and Wellbeing.

Two shooters opened fire at a party in San Bernadino, Calif., last week, killing 14 people and injuring 21, the latest in a series of mass shootings this year ranging from Charleston, South Carolina, to Colorado Springs, Colorado, to Roseburg, Oregon.

Records show that, on average, there is now a mass shooting every day in the United States, with a mass shooting defined as incidents in which four or more people are reported to have been either injured or killed. More than 30,000 people die annually from some sort of gun violence.

We discussed the "epidemic" of gun violence as it relates to public health with Heather Howard, director of the State Health Reform Assistance Network and lecturer in public affairs at Princeton University's Woodrow Wilson School of Public and International Affairs.

Q: On average, there is a mass shooting every day in the United States. Why has this become such an "epidemic"?

A: While it's true that there is on average a mass shooting every day, and those tragedies often get significant media coverage, they are only part of the picture of gun violence in America. According to the Centers for Disease Control and Prevention (CDC), there were 11,200 firearm homicides in 2013, and almost 21,000 firearm suicides. We have a complicated relationship with guns; no other country has such high rates of gun ownership, and no other country has such high rates of gun violence. While a mix of sociocultural, educational and behavioral issues impact gun violence, quite simply, research has found that where there are more guns, there are more homicides, suicides and accidents involving guns.

Q: How can we use public health tools to better understand gun violence and how to stop it?

For example, deploying various public health tools has helped dramatically reduce motor vehicle-related fatalities. There, making the product safer through car and road design, making the user safer through education and enforcement, developing safety standards and adopting new laws (e.g., driving under the influence, graduated licenses requiring three stages of driving instruction) have resulted in a decline of more than 75 percent in motor vehicle crash deaths. Applying those tools to gun violence, we could make the product safer (smart gun technology), make users safer (training and licensing), enact safety standards and limit access for certain users. Gun deaths are now poised to surpass automobile deaths — a sign both of the progress we've made on motor vehicle safety but also the need for action on gun violence.

Q: What can the federal government do to stop this epidemic?  If Congress won't act, what can the president do?

A: There are proposals to expand access to treatment for mental health services, which Congress might approve. But Congress is unlikely to adopt any measures limiting gun access, and the president doesn't have a lot of latitude to take executive action, especially in light of the legal challenges to his actions on immigration.

Q: What research is needed to help us better understand this epidemic of gun violence?

A: Unfortunately, Congress has barred the CDC from conducting research into gun violence. As a result, policymakers lack a key tool in their efforts — an evidence base to help better understand the causes of gun violence and the effectiveness of potential solutions. Such research has been critical in many successful public health interventions. Perhaps recognizing gun violence as a public health crisis can change the conversation and shift the focus from one of individual rights to collective harm and prevention.

Dark side of the moon: Motorcycle deaths linked to full moons