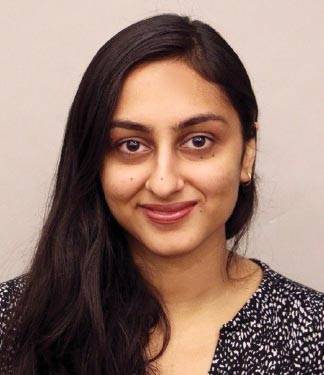 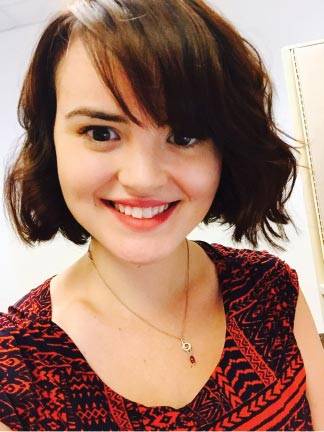 Princeton University seniors Farah Amjad and Clarissa Kimmey have been awarded 2016 fellowships from ReachOut 56-81-06, an alumni-funded effort that supports yearlong public service projects after graduation. Each senior will receive a stipend of $30,000.

Amjad will use her fellowship to work on projects helping the Muslim community in New York City, with a focus on women and recent immigrants.

Kimmey will use her fellowship to work with Equal Justice Under Law, a nonprofit civil rights organization that provides pro bono legal services to those most in need.

ReachOut 56-81-06 is an effort by members of the Princeton Classes of 1956, 1981 and 2006 to underwrite valuable public service projects. Candidates for the fellowship devise a project that addresses a significant need. Special weight is given to projects of social significance that are innovative, creative, entrepreneurial or a combination thereof.

Each year, ReachOut generally awards one fellowship for a domestic project and one for an international project. The latter can be performed anywhere in the world, including the United States. This year, the ReachOut board decided that Amjad's project, although to be performed in New York, deals with a timely topic of international significance, which qualified it for the 1956 ReachOut International Fellowship.

"We are pleased once again, for the 16th consecutive year, to provide fellowships for a year to outstanding graduating Princeton students who present projects of innovative and significant social value," said Jack Fritts, a 1956 alumnus and co-chair of ReachOut 56-81-06. "The 2016 recipients — two outstanding seniors with excellent records of achievement and public interest activity — have proposed projects that epitomize our goals. As in the past, these thoughtful projects identify and implement solutions for societal problems, in the tradition of 'Princeton in the nation's service and in the service of all nations.'"

Amjad was born in Pakistan and moved to Woodland, California, as a child. She is concentrating in history and earning a certificate in African American studies.

Through the ReachOut fellowship, Amjad will work with Sarah Sayeed, senior adviser to the Community Affairs Unit in the New York City's Mayor's Office and a member of Princeton's Class of 1990, to help improve the Muslim community's access to civil services.

She also will work to create opportunities for Muslims to participate in community organizations to promote civic involvement and to decrease feelings of marginalization.

"As a Muslim immigrant myself, I recognize how important it is for the Muslim community to be heard and served today," Amjad said. "Through the ReachOut fellowship, I have the opportunity to serve my own community and contribute to the model that the New York City government is creating in its approach towards diversity and tolerance through strengthening its commitment to the Muslim community. I am thrilled and humbled to have this opportunity, and I look forward to all that I will learn in the upcoming year."

While at Princeton, Amjad co-founded Muslim Advocates for Social Justice, served as co-president of the Religious Life Council, and participated in the Muslim Life Program and Petey Greene Assistance Program. In the summer of 2014, Amjad and fellow student Wardah Bari received a Projects for Peace grant to develop a project that provided community outreach to Syrian refugees living in the Jordanian town of Zarqa.

Kimmey, who is from Whiskerville, Pennsylvania, is a major in the Woodrow Wilson School of Public and International Affairs. She is also earning a certificate in South Asian studies.

Kimmey will be based in Washington, D.C., and work in Alabama, Louisiana, Mississippi and Missouri on three initiatives with Equal Justice Under Law. She will work with city officials to promote pre-trial reform; encourage collaborative efforts among bail reform advocacy organizations; and create a database of existing alternatives to money bail.

During her years at Princeton, Kimmey's public service has focused on social justice and prison reform. She has served as co-president of Students for Prison Education and Reform and founded a career preparation program in three state prisons. She was awarded the R.W. Van de Velde Award by the Wilson School for her junior independent work on the juvenile interrogation process. She had an internship at the New Jersey Office of the Public Defender and served as the Oscar S. Straus II Fellow in the legal department of the New Jersey Institute for Social Justice.

Kimmey said: "I have worked with many people who are forced to sit in jail for months awaiting trial, not because they pose a danger to society, but simply because they are too poor to post their bail. In the process they lose their jobs and housing and spend time away from their families. Detaining people pre-trial puts pressure on them to plead guilty and waive their rights to a trial, leading to high conviction and incarceration rates. This system represents a fundamental assumption of guilt, rather than innocence, for low-income, minority people in our criminal justice system."

After completing her fellowship, Kimmey plans to attend law school in the aim of addressing racial and economic injustices in the American legal system.