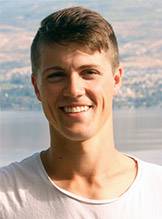 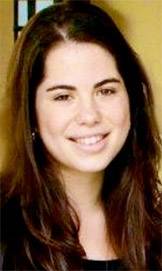 Princeton University seniors Cody O'Neil and Bina Peltz have been awarded 2015 fellowships from ReachOut 56-81-06, an alumni-funded effort that supports yearlong public service projects after graduation. Each student will receive a stipend of $30,000.

O'Neil, who has received the 1956 ReachOut International Fellowship, will be working with the National Research Centre for Truth and Reconciliation in Winnipeg, Manitoba, to explore the effectiveness of reconciliation regarding the relationship between Aboriginal and non-Aboriginal peoples in Canada.

Peltz will use her ReachOut 56-81-06 fellowship to work with the Harlem Community Justice Center in New York to help address issues of juvenile justice and delinquency in the Harlem community.

ReachOut 56-81-06 is an effort by members of the Princeton Classes of 1956, 1981 and 2006 to underwrite valuable public service projects. The international fellowship is funded through a donation by a Class of 1956 alumnus. Two holders of ReachOut 56-81-06 grants are currently serving in New York and Nigeria.

"We are pleased once again, for the 15th consecutive year, to provide fellowships for a year to outstanding graduating Princeton students who present projects of innovative and significant social value," said Jack Fritts, a 1956 alumnus and co-chair of ReachOut 56-81-06. "The 2015 recipients — two outstanding seniors with excellent records of achievement and public interest activity — have proposed projects that epitomize our goals. Each will receive $30,000 from ReachOut for the year. As in the past, these thoughtful projects identify and implement solutions for societal problems, in the tradition of 'Princeton in the nation's service and in the service of all nations.'"

Candidates for the fellowships devise a project that addresses a significant need. Special weight is given to projects of social significance that are innovative, creative and/or entrepreneurial.

O'Neil, whose home is in British Columbia, is a German major who is focusing on philosophy and intellectual history. He is also pursuing a certificate in planets and life.

O'Neil said his engagement with questions of placelessness and law from a philosophical perspective sparked his interest in the work of the National Research Centre for Truth and Reconciliation, which is preserving and providing access to millions of historical records collected under the Canadian Truth and Reconciliation Commission on Canada's Indian Residential School System.

"I will be working on the development of a reconciliation barometer report, with the hope of establishing an evaluative tool by which to measure the progress of reconciliation between indigenous and non-indigenous peoples in Canada," O'Neil said. "Despite having grown up in Canada, I have only recently come to realize how important this issue really is. ... The opportunity to both learn from and contribute to the efforts of the center in its early stages in an exceptional one."

O'Neil has been involved in numerous activities while at Princeton, including as a learning consultant at the McGraw Center for Teaching and Learning, a member of the Princeton Human Values Forum, a member of the Princeton DREAM Team immigrant advocacy group, an Orange Key tour guide, and a performer with Theatre Intime and Mas Flow Latin Dance. In the summer of his junior year, O'Neil traveled to Chile to practice one of his passions, astrophotography, with the support of a Martin A. Dale '53 Summer Award.

After completing his fellowship, O'Neil plans to study law, focusing on Aboriginal legal studies, while continuing to study philosophy.

Peltz, who is from Bala Cynwyd, Pennsylvania, is a politics major who is earning certificates in humanistic studies and Judaic studies.

Peltz, who worked at the Harlem Community Justice Center last summer, said she saw the need for greater community engagement and supportive services for Harlem youth. She plans to implement two programs: the Youth Peacemaking Project and the Harlem Youth Community Action Project. She aims to use a Native American peacemaking approach to dispute resolution, and will connect youth in the justice system with service projects that focus on community issues.

Peltz said: "Ultimately, my project seeks to facilitate opportunities for young adults' experiences within the justice system to be heard and respected, as well as develop youths' personal and communal identity by empowering their narratives. I am so grateful and excited to work with and learn from the Harlem community."

During her four years at Princeton, Peltz served as a residential college adviser, co-president of the Religious Life Council, a freelance journalist with the University Press Club, a board member of the Center for Jewish Life and has been involved with prison reform work. As a junior she received a Dale Summer Award to pursue an independent project, "Transforming Trauma: Legacies of Love and Loss," on personal narratives of the Holocaust.

After completing her fellowship, Peltz plans to attend law school.