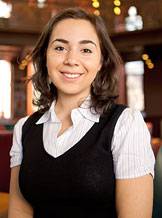 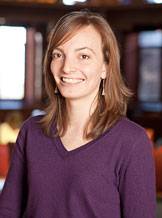 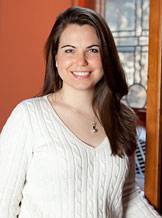 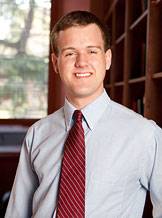 Katz will use her $30,000 ReachOut 56-81 Fellowship to fund her work in creating and managing a program that supports youth involved with the criminal justice system, under the auspices of the Stanley M. Isaacs Neighborhood Center in New York City.

Campion and Herceg received the 1956 ReachOut International Fellowship, and will share the $30,000 grant to work on a series of educational and other projects to serve impoverished and refugee children in Nablus, located in the West Bank of the Palestinian territory, through Tomorrow's Youth Organization.

Torrey received a special 1956 ReachOut International Fellowship Expansion Project to carry forward and expand the health-focused peer education program initiated in Sierra Leone by current ReachOut fellows Fatu Conteh and Katie Hsih, members of the class of 2010 who have been working with the Global Action Foundation/National Organization for Wellbody (GAF/NOW).

The internationally focused grants were given through a donation by a class of 1956 alumnus, and the expansion fellowship Torrey received was given for the first time this year.

"We are delighted to provide fully funded fellowships for a year to outstanding graduating Princeton students who present projects of innovative and significant social value," said Daniel Gardiner, a 1956 alumnus and chair of ReachOut56-81. "The 2011 winners -- outstanding seniors with fine records of achievement and public interest activity -- have proposed ambitious projects that epitomize our goals. These thoughtful projects identify and implement solutions for societal problems, in the tradition of 'Princeton in the nation's service and in the service of all nations'."

Candidates for the domestic ReachOut 56-81 Fellowships find a public service organization that will create a position for them and work with that organization to devise a service project. Candidates for the 1956 ReachOut International Fellowship present project proposals to be performed anywhere in the world, with or without a sponsoring organization. Special weight is given to projects of social significance that are innovative, creative and/or entrepreneurial.

Katz, who is from Woodbridge, Conn., is a sociology major and a certificate candidate in American studies. Her project will focus on the work of the Youth Employment and Education Program (YEP) of the Stanley M. Isaacs Neighborhood Center, a social service agency that serves low-income residents of New York City. With YEP, Katz plans to help out-of-school and out-of-work youth between ages 17 and 24 prepare for jobs and educational programs. Approximately 70 percent of the individuals in YEP have some criminal background, and Katz will develop a program that supports these youths as they move through the criminal justice process and reconnect with society.

During the summer of 2009 Katz served as an intern with the Isaacs Center, organized through Princeton's Pace Center for Civic Engagement, and she has continued to volunteer with the center since then. She said that because of cuts in public funding, the ReachOut 56-81 Fellowship is crucial to helping her pursue this work to help "underprivileged individuals trapped in a cycle of criminal involvement and personal instability."

Among her activities at Princeton, Katz has been active in the service-oriented Rotaract Club and Emerge! A Global Bazaar, an annual event on campus centered on international inequality. She also is a campus guide with the Orange Key Guide Service. In the summer of 2010 she held a court advocacy services internship with the Osborne Association in Brooklyn, organized through the Pace Center. She plans to pursue a dual degree in law and social work after completing the fellowship.

One area of focus for Campion and Herceg while in the West Bank will be to work with the children of Nablus teaching classes and building a curriculum. They also expect to support the organization's women's-led initiatives, assess the needs of local communities, advertise service programs to area residents, and develop outreach to local and international organizations.

Campion said that her training in quantitative and qualitative social research will help her analyze the needs of the community, and that her interest in human rights and the Israeli-Palestinian conflict will guide her work. "I hope to spend my time and energy creating conditions that allow victims of violence in the Middle East to live in security, with the ability to fully express their dignity as human beings," she said.

Campion has studied in Egypt and held summer internships at the Middle East Institute and AcademyHealth, both in Washington, D.C. In the summer of 2009 she participated in a global seminar on sustainable design in Ghana, organized by the Princeton Institute for International and Regional Studies. At Princeton, she is an officer with the Princeton Committee on Palestine. Campion tutors local children from low-income families through Princeton Young Achievers and also has tutored recent immigrants, as well as fellow Princeton students. An arts enthusiast, she organized weekly after-shool classes for low-income children through Kids' Theater, sings with the Chapel Choir, and has held various production and acting roles with the Princeton University Players.

Herceg anticipates that the ReachOut fellowship will deepen her understanding of the humanitarian consequences of the Middle East conflict and build on her academic training. "I look forward to better comprehending the situation on the ground, while serving those directly impacted by it," she said.

While studying for the spring 2010 semester at the American University in Cairo, Herceg also undertook service work as a volunteer English teacher. In the summer of 2009, she was an intern with Endeavor Jordan, an Amman-based nonprofit that focuses on entrepreneurship. This past summer, she held an internship in the office of then-U.S. Rep. John Hall in Goshen, N.Y. Among her many activities at Princeton, she served as an officer in the Princeton Committee on Palestine as well as the Orange Key campus guide organization and the Sexual Harassment/Assault Advising, Resources and Education (SHARE) program. She also served as a volunteer teacher with a prisoner assistance program in Bordentown, N.J.

Torrey, who is from Hanover, N.H., is a religion major and a certificate candidate in global health and health policy. He plans to evaluate and expand on the work at GAF/NOW of Conteh and Hsih in the eastern diamond-mining district of Kono, Sierra Leone. GAF/NOW was started by 2003 Princeton graduate Dan Kelly and Bailor Barrie, a local physician.

Torrey expects to focus on helping GAF/NOW scale up its HIV/AIDS home-based care program. He also will connect it to pregnancy education outreach, particularly by helping to establish peer education groups for youth to talk about reproductive and HIV concerns. One of his goals is to bring parents into the conversation as well, creating an "alliance of parents for HIV and early pregnancy prevention." Overall, Torrey said he hopes to "take the peer education program from wherever they [Conteh and Hsih] leave it, and evaluate it, add to and expand on the hard work they have put in."

Torrey will bring to his work insights that he gained from the past two summers in Tanzania volunteering for UKUN, a grassroots health organization that supports women living with HIV/AIDS. He also conducted ethnographic research for his senior thesis on how mosques and churches in Tanzania address HIV/AIDS.

At Princeton, Torrey has been a part of anthropology professor João Biehl's Grand Challenges research group on global AIDS treatment and the social determinants of health. He has been a member of the Chapel Choir and was an Outdoor Action trip leader four times.