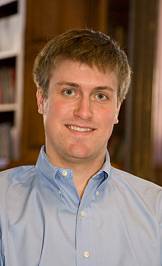 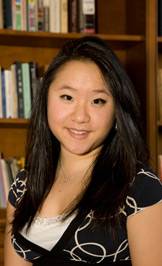 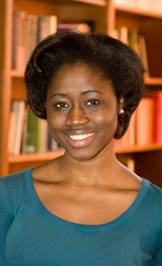 Bryant will use his $30,000 ReachOut 56-81 Fellowship to fund his work for the Native American Rights Fund in Boulder, Colo. Hsih and Conteh received the 1956 ReachOut International Fellowship, which was awarded for the first time this year through a donation by a class of 1956 alumnus. They will share a $30,000 grant to work on independent projects and in the service of the Global Action Foundation/National Organization for Welbody (GAF/NOW), a nongovernmental organization focused on health care and social entrepreneurship in Sierra Leone.

"We are delighted to provide fully funded fellowships for a year to outstanding graduating Princeton students who present projects of innovative and significant social value," said Daniel Gardiner, a 1956 alumnus and chair of ReachOut56-81. "The 2010 winners -- outstanding seniors with fine records of achievement and public interest activity -- have proposed ambitious projects that epitomize our goals: providing Native Americans with effective digital access to the tribal laws that protect many of their personal rights, and addressing health care and mortality issues in Sierra Leone with particular emphasis on women's rights."

Candidates for the domestic ReachOut 56-81 Fellowships find a public service organization that will create a position for them and work with that organization to devise a service project. Candidates for the 1956 ReachOut International Fellowship present project proposals to be performed anywhere in the world, with or without a sponsoring organization. Special weight is given to projects of social significance that are innovative, creative and/or entrepreneurial.

Bryant, who is from Enid, Okla., is a history major and certificate candidate in American studies. With the Native American Rights Fund, he will work to digitize documents housed in the National Indian Law Library to make them publicly available through Web-based software. The economic downturn has reduced the organization's federal funding -- particularly affecting the library, which is a central clearinghouse for Indian legal materials including treaties, statutes, tribal codes and judicial opinions. The library has had to suspend its digitization project due to cutbacks. His project will be the first serious attempt to digitize and make tribal law accessible since a similar project at the University of Oklahoma Law School in the 1980s.

Bryant currently serves as supervisor of the student circulation staff at Princeton's Firestone Library, and he feels the experience of organizing large collections of documents and making texts available will benefit his postgraduate project.

"I feel deeply that a wide-scale, unprecedented project of universally digitizing tribal codes and constitutions would demonstrate constructive and measurable impact on the welfare of Indian people and tribal organizations," he said. "I could contribute valuable service to an organization that performs vital work for a population which brilliantly maintains its own sovereignty and tradition while moving forward toward economic and social development."

Among his other activities at Princeton, Bryant has participated in a Pace Center service trip to the Navajo Nation reservation in Arizona and led a trip to the Pine Ridge reservation in South Dakota. He worked as criminal clerk for the Oglala Sioux Tribe in Pine Ridge during the summer of 2006. Last summer, he served as an intern with the Tennessee Justice Center in Nashville, a nonprofit public interest law and advocacy firm serving the poor. He plans to pursue a career as a lawyer on behalf of Indian people and tribes in the United States, helping to protect tribal sovereignty.

Hsih, who is from Los Altos, Calif., is pursuing a major in operations research and financial engineering and certificates in global health and health policy, and engineering biology. Conteh, a chemistry major, was born in Sierra Leone and moved to Houston after her family fled the country in a fishing boat in 1999 to escape civil war. They will collaborate on various projects with GAF/NOW, which was founded in the eastern diamond-mining district of Kono, Sierra Leone, by 2003 Princeton graduate Dan Kelly and Bailor Barrie, a local physician.

Hsih, who spent last summer in Sierra Leone working for GAF/NOW, will serve as program manager and focus on two programs: the Kono Amputee Clinic, a primary health care clinic offering free services to amputees and war-wounded as well as inexpensive health care to the local community; and the HIV-TB Home-Based Care Program, a recent initiative that trains community health workers in partnership with the Sierra Leonean government.

In their ReachOut application, Hsih and Conteh wrote: "GAF/NOW is a pillar of inspiration for the country's progress into the future and uses the lens of health care to facilitate its transition from postwar to development. It has a striking need for help. Our management role will help prevent the organization from collapsing while propelling it forward in new and promising directions to create social change and improve health care in Sierra Leone."

Conteh will create a peer education program for teenage pregnancy by setting up a youth center. The center will have support group meetings, conferences, social events and workshops to explore and address the issue of teenage pregnancy that is rampant in the local community and across the country.

Hsih also will conduct an ethnographic research and analysis project to explore female genital mutilation, a common ritual practice that is widespread in Sierra Leone and other African countries, can lead to severe health complications, and is closely tied to maternal mortality rates.

Hsih has been involved in many community service and health-related activities at Princeton, including serving on the Student Health Advisory Board and as a peer adviser for the Sexual Harassment/Assault Advising, Resources and Education office as well as shadowing local physicians and working at University Health Services. She is a research assistant in the Office of Population Research, studying impact evaluation in post-disaster settings and adolescent obesity. She plans to attend medical school and become a physician.

Conteh served for a year as the vice president of the class of 2010 and is the founder of Princeton's Africa Development Initiative, which supports and implements development projects in African countries. Last summer, she worked in an Ethiopian village helping residents install hand-dug wells. She also is a member of the Pace Council for Civic Values. Conteh plans to attend medical school after completing her ReachOut fellowship and pursue a career as an obstetrician/gynecologist.