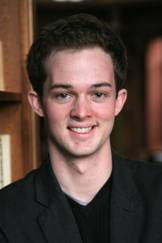 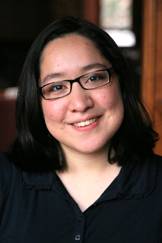 Princeton seniors Mark Buettner and Vanessa Rodriguez have been awarded 2009 ReachOut 56-81 Fellowships, which provide the winners with a $30,000 grant to undertake a yearlong public service project after graduation.

Buettner, who is from Kingsburg, Calif., will work with survivors of torture who now live in New York City. Rodriguez will set up a network of legal services for the homeless in her hometown of San Antonio, Texas.

Candidates for the ReachOut 56-81 Fellowships find a public service organization that will create a position for them and work with that organization to devise a service project.

Daniel Gardiner, a 1956 alumnus who chairs the ReachOut 56-81 program, said, "The two fellows we have selected, Vanessa Rodriguez and Mark Buettner, are outstanding seniors with fine records of achievement and public interest activity. They have devised significant projects for worthwhile organizations — projects that could not be undertaken without our funding."

For his ReachOut 56-81 project, Buettner will work with the Bellevue/NYU Program for Survivors of Torture, which helps torture victims who are seeking asylum in the United States. Buettner, who is majoring in philosophy, will establish a program to help patients in the program adjust to the culture of a new country.

In addition to teaching computer skills and English as a second language, Buettner will help patients with basic needs such as opening bank accounts, navigating the city and conducting everyday monetary transactions. The program he plans to create also will take advantage of the culture that New York City has to offer by facilitating trips to museums, concerts and sporting events.

"By immersing the patients in the culture of the city, I'm hoping to help ease their transition into their new lives," Buettner said. "My program aims to combat the isolation and anxiety of the torture victims as they adjust to a new culture. I decided to propose a project under this program because I saw an unmet need in the program, a gap I could fill."

Last year Buettner served as an intern in the Middle East with an organization called Faculty For Israeli-Palestinian Peace, researching the social and political effects of the Israeli presence in the West Bank. While living there he also worked as a broadcaster on a radio show called "Palestine Today." He has been a congressional intern for U.S. Rep. George Radanovich in Washington, D.C. At Princeton, Buettner has been a junior fellow in the James Madison Program in American Ideals and Institutions. After his fellowship, Buettner plans either to attend law school or to continue his work in the public interest field.

Rodriguez, a history major who is earning a certificate in Latin American studies, will work with Texas Rio Grande Legal Aid on a project to provide legal assistance to the homeless in San Antonio. She will identify a network of pro bono attorneys who will take on homeless cases and organize educational workshops for those attorneys as well as homeless service providers. She also will assess the legal needs of homeless clients.

"People become homeless due to one or more ongoing problems, such as the inability to secure affordable housing, domestic violence, unforeseen medical problems and addiction to substances. The majority — if not all — of these issues require legal services that often are too expensive" for people who are homeless, she said. "By providing information about resources, I am hoping to better equip the homeless population to decide how to navigate different possible paths to independence."

Rodriguez has held internships at the Tennessee Justice Center, the Farmworkers Support Committee in Glassboro, N.J., and the Danish Institute for Human Rights in Copenhagen. She also has served as an English teacher in Pinghu, China. At Princeton she served as an intern at the Fields Center for Equality and Cultural Understanding. She plans to attend law school after her ReachOut 56-81 Fellowship is completed.